I Refuse To Be In A Marriage Where I’m Asked “Should We Wait For Your Father To Die To Get Your Money?”

Matters escalated, and she went full on aggressive from yelling and screaming at me, to calling my parents names, and abusing them for my 'wrongful upbringing'.

Matters escalated, and she went full on aggressive from yelling and screaming at me, to calling my parents names, and abusing them for my ‘wrongful upbringing’.

At the age of 23 I agreed to an arranged marriage. He was 10 years older than me. He was absolutely charming, and humour was our mode of communication.

COVID struck us like all other couples, and we spend our 1 year of engagement period over phone. Everything was fine with us and the only issue I faced was his overbearing mother, who refused to like me despite not even knowing me that well. “As far as the guy is amazing it’s all gonna be okay” was the advice I got, and I decided to go through with the marriage.

So we got married earlier this year. Since I was a student I had to keep travelling to my college quite often. As a result I stayed for a period of 3 months in total with my in-laws in the whole 8 months duration of our marriage.

Initially it was a passive aggressive mother-in-law who made my life miserable. From fabricated lies about me to instigating my husband to fight, she tried everything she could. It surprised me how he never saw the truth,  though he knew his mother quite well.

Matters escalated, and she went full on aggressive from yelling and screaming at me, to calling my parents names, and abusing them for my ‘wrongful upbringing’. She would focus on how my father would call and talk to her son without prior permission from her, or why I sit in our room and romance with him, or why I wear his clothes and slippers, or why I make him spend lakhs on my shopping (a blatant lie of course).

I had had enough!

I officially moved out a few months ago. My husband dropped me back at my home, and his response to the whole issue was “You should ignore my mother! I won’t move out, you can’t only have me and not have my family.” Even though I repeatedly explained that I would take care of his parents, and all I wanted was to stay separate to avoid these kinds of fights and issues, as neither he nor his father were capable of controlling his mother.

The conversation started to shift to the root of all our problems, which has always been the dowry. There were now talks about how the 50 lakhs that were given to him were “mere peanuts” and that my parents sent me off like a beggar! And if he and his family should “wait till my father died in order to get more money to enjoy life and shop and go on trips!”

Well, that was the last nail in the coffin of our marriage. Being a 24 year old married woman itself is embarrassing in my generation, let alone being divorced, and that too in a marriage which had lasted less that 8 months.

I refused to be in a marriage where money was more important than love, where you “wait for my father to die in order to get the money I should,” for him and his family to live. But above all I refused to be in a marriage with a spineless husband who had no opinions and stands of his own, even when he sees the woman he married crying inconsolably after being harassed for no fault of her own. There was a time when I would have thought he would change, but I have grown up enough to know nobody changes unless they want to.

Some nights as I lay down to sleep I wish he had loved me even a tiny bit, and not married me as a solution to all his financial issues! And yeah I will be the laughing stock of the town for a while, but what’s more painful is that I believed a man who had lied. I believed he loved me, and I let him fool me yet again, and for that I will never forgive myself. 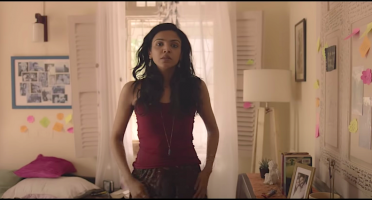 I'd Almost Attempted Suicide When I Realised That Even Killing Myself Wouldn't Save Me...