‘The Elephant In The Womb’ By Kalki Koechlin Is A Funny & Heart-Warming Pregnancy Book!

In the book, Bollywood actress Kalki Koechlin mentions a funny incident where she ran between cars & broken pavements to reach her crying baby faster! 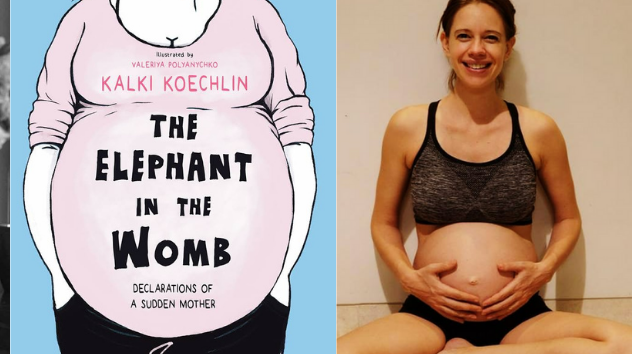 One would feel that a pregnancy book would be filled with a mother’s journey, her musings, and lots of unsolicited advice on what to do and what and not to do during pregnancy. However, ‘The Elephant In The Womb– Declarations of a Sudden Mother’ by Kalki Koechlin surprises us in many ways by talking about abortion in the first chapter itself!

An excerpt from the book reads: “Before we celebrate the gift of life, I’d like to start celebrating the gift of science. I have had two abortions in my life. The first was in my twenties when not only was I unprepared to have a child but I was passionately against having children, and even wrote an article questioning why women are always expected to have children, especially after marriage”

Kalki Koechlin adds in a dose of humour in the book. She says it’s her coping mechanism!

‘The Elephant In The Womb’ is candid, heart-warming and infused with Kalki’s humorous touch. She admits that humour was her coping mechanism and helped her.She hilariously describes the “Mommy Brain” – a term many mothers would already know. Haven’t we all experienced the feeling of walking into a room and wondering why we came in there?

In her own words: “One of the biggest things I suffered post birth was having a brain like Swiss cheese. I would get up to do something and forget why I got up.”

‘The Elephant In The Womb – Declarations of a Sudden Mother’ is a brilliantly penned book which speaks of so much more than motherhood. It is very engaging and is filled with beautiful illustrations by the talented Valeriya Polyanychko. It has lovely diary excerpts and poetry jotted down by Kalki in her own handwriting. I especially loved the poem ‘I am Okay” – a must read by all.

As Kalki mentions, sometimes motherhood is frustrating and it is not necessary to romanticize it but wouldn’t we all move mountains and break through walls just to get to our child?

Just as Kalki jumped out of her car stuck in traffic, ran 2kms between cars and broken pavements to catch a rickshaw and reach her baby fifteen minutes earlier coz she heard her crying on the phone!

Why the secretiveness around pregnancy…asks Kalki Koechlin

“Shhh…It’s a secret”… haven’t we all been guilty of doing this in the first trimester of pregnancy? Women are advised to keep silent about their pregnancy and only reveal it to outsiders after the first trimester. No one other than the immediate family knows that a woman is expecting.

Kalki rightly mentions in her book–“But isn’t this the time we need the most support and understanding?”

Women go through mood swings, severe nausea, vomiting and discomfort during the first three months of pregnancy. No one around them knows what they are going through as it is forbidden in most families to share the news and hence they have no support especially at work. Imagine how different things would be if women had the necessary assistance when they most need it.

Kalki Koechlin also talks about the stigma related to abortion in society and the experiences that women face when they seek one. She talks about being judged by none other than her doctor and nurses who ask her questions like – “Are you married?”

Kalki rightly states that a decision to have a child is colossal and it is important to ask the right questions, like,” Do I have money to raise a child?” or ” How willing am I to change my routine, let go of control and rework my entire life around a new person?” These are the questions that are rarely addressed by people. Families expect a couple to immediately plan for babies after marriage but no one ever bothers if the couple is psychologically or financially ready for a child.

An excerpt reads: “Women have the IUD, the implant, the diaphragm, the ring. Women have pills, more pills and the morning-after pill. While we all know how slow the progress on the male contraception pill has been, we women have a bewildering assortment of hormonal pills we can choose and pop every day of the month along with varying degrees of side effects.”

Ultimately it is the woman who bears the consequences on an unplanned pregnancy.

Despite it being a pregnancy book, anyone can read & resonate with it!

Kalki presents the gritty realities of pregnancy and the constant fear that a mother goes through.

She talks about going through her anomaly scan at 18 weeks which detects if the child has Down’s syndrome or some other anomaly that might deter the child from having a regular life. “Yes we all know that a child is a ‘Gift from God’ but isn’t it high time we have a discussion about raising such a child. Do the parents have the financial means to support such a child? Are they in the correct emotional state to take care of him all his life knowing he might need assistance.”

Kalki rightly mentions that the least one can do is inform the women about their rights openly and give them their choices. It is easy to judge someone and make comments when you are not the one wearing the shoes.

Kalki Koechlin’s book is about motherhood, but almost anyone could read this book and resonate with it. It’s a beautiful account of how motherhood is messy, challenging and unbelievably tiring but also incredibly fulfilling! 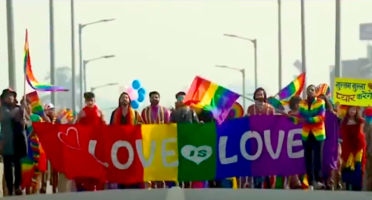