Women Forced Into Terrible Conditions In Mental Asylums In India, As If They Weren’t Human

Women's mental health issues have always been denied or ignored, and women in mental asylums are not even treated humanely by the powers that be, and their families after a while...

Women’s mental health issues have always been denied or ignored, and women in mental asylums are not even treated humanely by the powers that be, and their families after a while…

“Women have been driven mad, “gaslighted”, for centuries by the refutation of our experience and our instincts in a culture which validates only male experience.” ~ Adrienne Rich

My first memory of a woman survivor of a severe mental health condition is from the streets of my childhood small town, where she roamed homeless in her rags, was ridiculed and snubbed by all and then one day she went missing. We heard stories about her being sexually assaulted and made pregnant and finally taken in by some NGO.

Sadly, women’s health, especially mental health has never been a priority in Indian families. If a male member is institutionalized the family keeps track of their progress and wellbeing and hopes they will get better and back to “normal” life, but if it is a woman put in a mental asylum, she is often abandoned and forgotten.

Gender is a one of the critical determinants of mental health and mental illness. It determines the differential power and control men and women have over their socioeconomic position, status and treatment in society.

A report by Human Rights Watch in 2014 asserted that these women in mental asylums are “treated worse than animals.”

What did the Supreme Court say recently?

Mental Health Rehabilitation Institutions have never had a good reputation regarding the safety and treatment of these women. Recently the honorable Supreme Court of India observed, “”Based on certain research studies conducted by NIMHANS in 2016 and the National Commission for Women (NCW) in 2020, it has been highlighted that women in mental healthcare institutions face several indignities and violation of human rights…issues flagged are of serious concern.”

The Court was responding to a plea moved by advocate Gaurav Bansal who stated before the Court that ‘rehabilitation is a complex term and that relocation does not mean the same as reintegration’. He added several details like- tonsuring the heads of these women inmates, non-availability of sanitary supplies, and many such issues which rob these citizens of their basic dignity as human beings.

In a society that is already deeply steeped in gender-based discrimination, a psychosocial disability for a woman pushes her further down the margin of being ‘invisiblised’ to the extent of almost being ‘erased’ as a person.

There are so many horror stories of women being forcefully labelled as ‘mad’ and institutionalized by their birth and/or marital families to deprive them of property, wealth or family life. One just needs a willing psychiatrist to certify the woman as mentally ill and unfit to cohabit in a family environment, and then inside the institutions they become lesser-citizens deprived of even the basic human rights sometimes.

A 2019 report by National Commission for Women has clearly stated that women often stay longer in these institutions and facilities as compared to men because of the negligence and indifference of their families for years.

In the institutions they are treated at best as not individuals or people but as a herd, sometimes even sharing toiletries and made to eat calorie-deficit food from a repetitive menu. There was complete lack of privacy even when they use the toilets and baths.

Often these women also face obstetric violence and are subject to sexual abuse that goes unreported or underreported.

Many welfare provisions as suggested by the Mental Healthcare Act of 2017 are yet to be implemented and in the lack of which the circumstances of these women haven’t changed much over decades, some of them have actually spent more than half of their lifetimes there.

Can we remember that we’re dealing with human beings?

In India all women live under the constant social and familial pressure to meet gender-specific role expectations related to work and marriage. When a mental illness or even a brief period of institutionalisation for the same becomes part of a woman’s life story then she is deemed unfit for socially acceptable behaviour. Those forgotten and put in the institutions indefinitely get reduced to mere dependents on the government and statistics to be updated every year. Their stories, their individuality, sometimes even their real names, identities and lived experiences are reduced to manuals, reports and surveys and dumped on some official website.

A handful of women who recover never get rehabilitated back into the society or their families due to ongoing stigma and end up being destitute. The trauma informed interventions for these women need to be accessible and gender sensitive.

It is time women are considered equal humans, especially those in mental health institutions, most of whom might not be raise voice for themselves but remain in essence equal and rightful citizens of this country whose rights need respect and protection by people and institutions alike.

Women's health care needs are routinely silenced; we need to speak up more, and expect care and compassion for our physical, mental, and sexual health.

Women’s health care needs are routinely silenced; we need to speak up more, and expect care and compassion for our physical, mental, and sexual health.

Trigger alert: This story mentions self-harm and suicide, and may be triggering to survivors.

“women
don’t endure
simply because
we can;
no,
women endure
because we aren’t
given any other
choice.
they wanted us weak but forced us to be strong.”
― Amanda Lovelace, The Witch Doesn’t Burn in This One

Here is the story of an interesting startup called EduPsyche established by Dr Bhavi Mody and Dr Dhawal Mody, which deals with comprehensive mental health care. 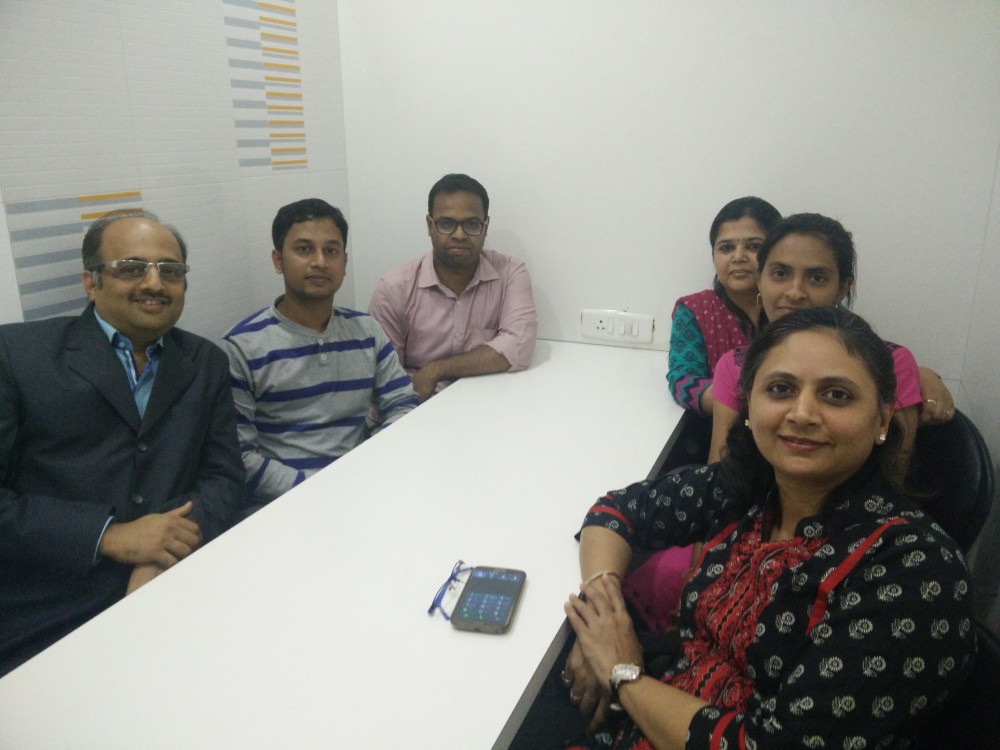 Here is the story of an interesting startup called EduPsyche established by Dr Bhavi Mody and Dr Dhawal Mody, which deals with comprehensive mental health care.

Mental disorders which need the help of psychologists or psychiatrists are still viewed as a stigma in our society. People hardly ever accept that the situation can be similar to that of any other physical illness and most of them would not be willing to take a professional’s help for the same.

The founders of EduPsyche think otherwise. They started the venture with the vision of making mental health available, accessible and affordable to everyone. EduPsyche is cofounded by Dr. Bhavi Mody and her husband Dr. Dhawal Mody. They have over two decades of experience in mental health care domain as Dr. Dhawal is a Child and adolescent Psychiatrist pursuing his PhD and Dr. Bhavi has an experience in running an IT company and is a post graduate in Homeopathy.