In A Historic Moment Women Win ‘Best Director’ At The Emmy Awards For The 1st Time!

International awards have often left out women from 'Best Director' categories. This is the 1st Emmy Awards where several women won best director in the same year!

International awards have often left out women from ‘Best Director’ categories. This is the 1st Emmy Awards where several women won best director in the same year!

What made Emmy Awards 2021 extraordinary was that the female directors swept away some of the biggest awards in the drama and comedy categories. This marked a moment of pride and honour for women across the world!

Unlike the virtual ceremony of  2020, the Primetime Emmy awards 2021 were held as an in-person event. The awards took place on the Sunday evening of September 19 in Los Angeles. The awards honoured the best in international shows, movies, and performances of the year.

At the Emmy Awards, Lucia Aniello won not one but two awards for the comedy series ‘Hacks’…

Starting with Lucia Aniello, who bagged two awards, one for directing the pilot episode of ‘Hacks’ and the other for comedy series writing along with ‘Hacks’ co-creators and executive producers Jen Statsky and Paul W. Downs. Further, ‘Hacks’, the HBO max comedy also won the lead comedy actress award for star Jean Smart.

“It’s very surreal. It feels very much like a fever dream,” Aniello said after winning the awards.

Women creatives also swept away awards for writing, including Michaela Coel triumphing writing for a limited series for HBO’s, ‘I May Destroy You.’

“I just wrote a little something, for writers. Write a tale that scares you, that makes you feel uncertain, that is uncomfortable. I dare you,” Coel said while accepting the trophy for ‘I May Destroy You’.

Jessica Hobbs won the Emmy award for ‘The Crown’

Jessica Hobbs won for directing the fourth season’s finale episode (War) of the British drama series, The Crown, portraying the dysfunctionality of the doomed marriage of Prince Charles and Princess Diana.

“I wouldn’t say we think so much about how they’ll be perceived, but rather the real circumstances for the person at that time,” Hobbs said on being asked about her series backstage.

The last woman director to carry the Emmy award home was Reed Morano for the pilot episode of ‘The Handmaid’s Tale‘ in 2017. This series is a commendable adaptation of the book, ‘The Handmaid’s Tale’ written by a Canadian writer, Margaret Atwood. Before this, there was a gap of 20 years after Mimi Leder’s win in 1995 for ‘ER’.

At the Oscars, there has been a lot of debate about women constantly being left out from the best director categories.

On the other hand, women have a significant history of winning for comedy directing at the Emmys. Amy Sherman-Palladino won for Amazon’s ‘The Marvellous Mrs. Maisel‘ in 2018, while Gail Mancuso won back-to-back in 2013 and 2014 for ‘Modern Family’.

Women are going places, they are powerful and unstoppable. By taking home the Primetime Emmy awards, Lucia Aniello and Jessica Hobbs have served as the models of inspiration and hope for all the women out there.

So women, keep going, fall and rise but never stop because you are capable of doing things that you yourself are unaware of! 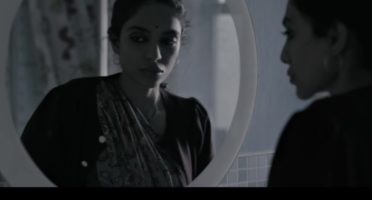