‘You’re Very Western, You Travel Alone, What’s Wrong With A Kiss?’ He Asked Me

If a woman is friendly, it does not mean she's 'asking for it'. As a regular solo traveller, I've come across men who have no idea how to respect boundaries.

If a woman is friendly, it does not mean she’s ‘asking for it’. As a regular solo traveller, I’ve come across men who have no idea how to respect boundaries.

I’ve always loved travel. It has always been my dream to explore new places and meet new people. But I wanted to do it all with my own money. So I got a job and saved money and decided to travel solo, because let’s be real, if you wait to travel with all your friends, it’ll take forever.

As a solo female traveller, this is what I have to put up with.

‘Too western’ does not mean easy

I still remember my first solo trip. I went to Munnar and stayed at a home stay with a bunch of Indian and foreign tourists. It was a fun experience for me, meeting fellow travellers and hearing their stories.

I enjoyed it… Until another Indian traveller (apparently a friend of the home stay’s owner) came up to me and struck up a conversation. After literally forcing me to save his number, he started to flirt.

I knew where this was going and I wanted to stop. But despite my attempts to stop the conversation, he just wouldn’t shut up. So I waited for him to tire himself out, and he could tell I wasn’t interested in whatever he was saying.

And then he asked me an absurd question. “Can I kiss you?”

Even though I was a little taken aback, I kept a straight face and said no. And the things he said after only made me even more shocked.

“I am not asking for a relationship. It’s just a kiss. We can stay as friends after” he said. How can men think this will make a woman feel better about this situation? But he didn’t stop with that.

“You’re very western, you talk with foreigners, you travel alone, you’re clearly into western culture so what’s the problem? This is not a big deal!” he further added.

He was coming on too strong and yet I’m at fault somehow?

Talking to foreigners or traveling alone have nothing to do with morals. He asked for permission and I said no, he should’ve left with it. The way a man cannot handle a rejection and tries to justify his actions towards a woman is something that needs to change.

Of course, he gave up after a few minutes and left. But not before saying, “Wow… Don’t you have a heart?” What does having a heart have to do with this? I said no to his absurd request and I’m the bad guy here?

Indian men seriously need to learn how to respect boundaries

This is simply one of the many things women like me have to go through everyday. During every trip I have to deal with strangers trying to get my number, forcibly giving me their numbers, following me, and so on.

I always talk about equality. I am never the one who bashes on men. I simply wrote this to educate men. If a woman is friendly and nice to you, respect her, don’t try to take advantage of her.

And dear women, the world is a tough place, especially for a woman. The world will keep criticizing you no matter what you do… So don’t mind them…you don’t owe them any explanation. Stay strong and keep doing what makes you happy. 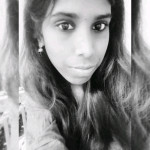 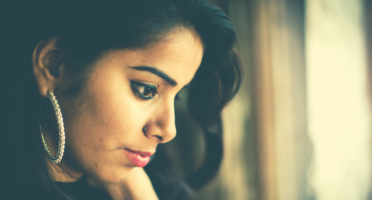 For The Last Time, Saying 'She's Brown But So Pretty' Is NOT A Compliment!