This continued for about an hour until closer inspection revealed what the fuss was about. There they were, three little baby sparrows with half-closed eyes, comfortably tucked into the nest with their mother.

This continued for about an hour until closer inspection revealed what the fuss was about. There they were, three little baby sparrows with half-closed eyes, comfortably tucked into the nest with their mother.

It was a sunny morning in the summer of 2007. Recently married, Puneet and I had just moved into our new home. Since we’d both previously lived with our respective families, the prospect of setting up our own home for the very first time, was both exciting and I do confess, a little frightening.

To be perfectly honest, those first few days were challenging. Of course, we were eagerly looking forward to our new found freedom (who wouldn’t?) but it was a wee lonely too sometimes.

Speaking for myself, I couldn’t help missing the constant activity and sounds that I was used to after living in a big family for so long. My grandmother bickering with the cook, my mom’s quick footsteps around the house, my dad’s favourite music blaring from his bathroom in the mornings. Admittedly, I found our lovely new apartment a little too quiet.

On that particular day, I was pouring myself a cup of coffee from the percolator when all at once, I sensed movement from the balcony. Turning around, I saw a tiny sparrow sitting there on the railing. He was quite ordinary to look at, brown and grey with a short tail. Even as I watched from the living room, he suddenly flew down from the railing onto the balcony floor and began to peck around with his small, sharp beak.

I knew he was looking for food so I quickly broke a biscuit into small bits and tiptoed into the balcony. Not wanting to frighten him away, I gently stretched my arm out and put the broken bits in front of him. He didn’t approach the food at first and watched me cautiously with his keen eyes instead. I think he was trying to make up his mind about me so I moved a little distance away. A minute or two later, he started pecking at the food. I don’t know how much he ate but he seemed to be enjoying himself. As for me, I just stood there watching him, a small smile playing on my lips. 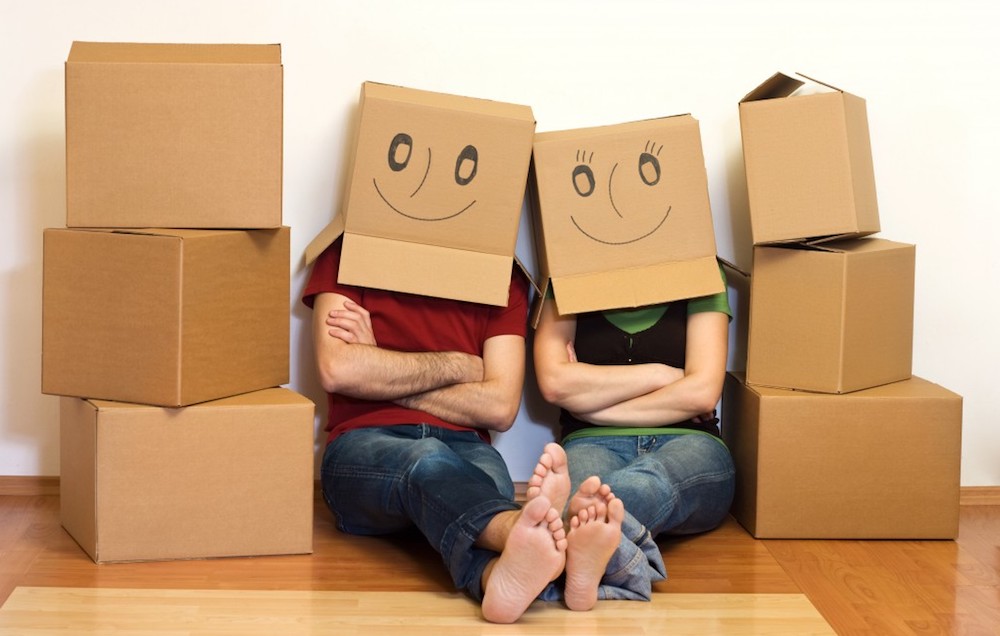 It’s Hard Moving From The Place We Call Home And Leaving Friends Behind, Isn’t It?

The next morning I found him there again. Only this time, he wasn’t alone. He had a friend with him, another sparrow. I broke a small piece of bread into bits and then as an afterthought, filled some water from the tap and placed the bowl on the railing as well. After all, it was a hot day. The sparrows may feel thirsty. When I left for work half an hour later, all the bread was gone and I had a strange, happy feeling all around me.

After that, the sparrows would come every day. On Sundays when we didn’t awake at our usual time, they would fly to our bedroom balcony and wake us up with their constant chirruping. We realized that they were a pair and very soon, they built a little nest on the top of the wall, making our balcony their home. Every morning, we’d sip our coffee in companionable silence whilst we watched them happily pecking away at the bits of food we’d leave out for them. Then they’d fly away for the day but they always returned home before sundown.

One day, Puneet noticed a change in the male sparrow’s demeanor. He seemed restless, anxious. He would pick up a bit of food and fly up onto the wall where they had their nest. Then he would come back, pick up another bit of food and then back he would go to his nest. This continued for about an hour until closer inspection revealed what the fuss was about. There they were, three little baby sparrows with half-closed eyes, comfortably tucked into the nest with their mother. It was the cutest sight we’d ever seen. Of course, from then on, we started ensuring that there was not even the slightest delay in feeding them. We also started breaking the food into very tiny bits so that the babies could eat properly. It was a pleasure and a responsibility. The sparrows had become a part of our family.

‘They stay with us of their own free will,’ we’d tell everyone. ‘They may fly as far as they like but they always return in the evening. We didn’t buy them from anywhere, we didn’t put them in a cage. They seem to have adopted us just as we have adopted them.’

‘They’re your cageless birds,’ my mum remarked then with a smile.

And she was right. Our cageless birds. Free to come and go as they pleased. They filled our home with the happy sounds of joyful chirruping and needless to say, our home never seemed quiet after that.

Rrashima is a senior corporate analyst with over 20 years of experience in the corporate sector. She is also a prolific writer and poet and read more... 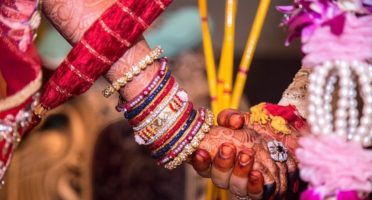 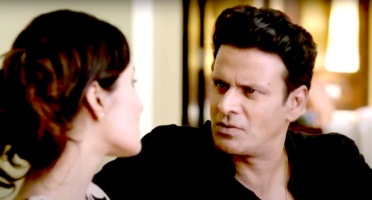 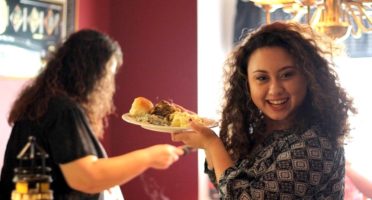 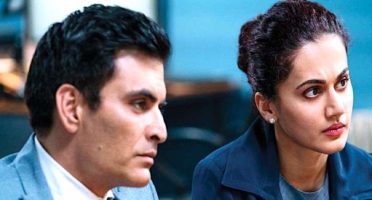 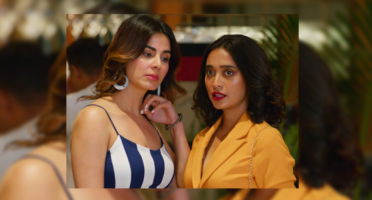 Maybe If We'd Said, 'Get Behind My Choice' We Would've Still Been Friends!

View All
No More Guilt: Exploring The Ways In Which You Can Shed Mother's Guilt
Steps To Landing Your First Writing Job - Want To Be A Content Writer?
What Are The Essentials Of Being A Good Content Writer?
Women At VMware - Meet Ipsita, Inside Sales Representative At VMware India
Women of VMware - Meet Afifa Hasan, Enterprise Sales Account Manager for VMware India
Women Of VMware - Veena Chandrashekar, Director, Inside Sales Practice
Art & CultureRead

Two friends, an Indian and a Pakistani-American, decide to make a Partition documentary. Why? Here's the moving story behind A Thin Wall. 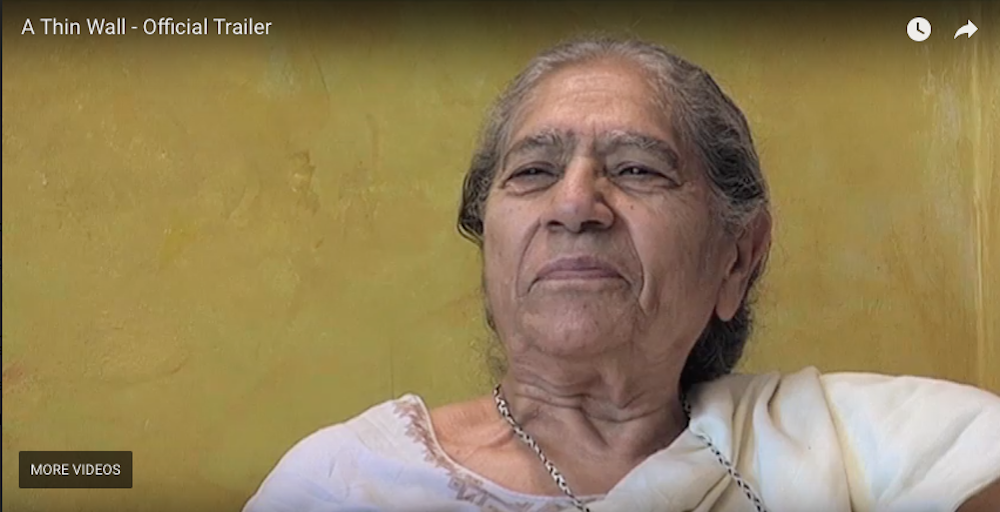 Two friends, an Indian and a Pakistani-American, decide to make a Partition documentary. Why? Here’s the moving story behind A Thin Wall.

I cannot remember when I first heard my grandmother’s story about her journey across the border. I don’t remember because she began telling me the story before I was old enough to understand it. She told me how she had been playing with her friends without a care in the world when she was suddenly told to join her family as they left their village in Dera Ghazi Khan (in Multan of present day Pakistan). At the time, she didn’t understand much of what was going on around her, and she had no idea about what lay ahead.

My Boys Will Miss Their ‘Teekey Wali Bua’ This Navratri, But We Can Keep Memories Of Her Love Alive

The boys smiled. Carefully she opened it and put teekas for both of them, "to make up for all the navamis we’ve missed together" she said, eyes twinkling as always.

The boys smiled. Carefully she opened it and put teekas for both of them, “to make up for all the navamis we’ve missed together” she said, eyes twinkling as always.

As I was growing up, Ma was delightfully enthused about celebrating festivals, even though it was just the three of us at home; mom, my sister and I.