Mirabai Chanu's victory made people feel pride in her being Indian, but can we hope that this will change the mindset of our society towards the girls from the North East?

Mirabai Chanu’s victory made people feel pride in her being Indian, but can we hope that this will change the mindset of our society towards the girls from the North East?

Indian weightlifter Mirabai Chanu has been in the headlines of the newspapers for giving India its first silver medal in the Tokyo Olympics, in the 49 kgs weightlifting category. India is proud of her.

But here, I am not going to talk specifically about the achievement of Mirabai Chanu. I will, instead, talk about the girls of the North East, which is home to Mirabai Chanu. Because after a few days when the Olympics ends, everyone will have forgotten Mirabai and like her. Thousands of players too.

Do our players from the North East get any facilities?

Players increase the pride of the country, as we can see now during the Olympics. But do our players get the facilities they need to compete at par with global players? And taking this a step further – do players from the North East, and especially the women, get equal attention and facilities? Don’t these women, who we’re so quick to claim to be “daughters of the country” have to face countless difficulties and discrimination, when they come to the other states in mainland India?

Mirabai Chanu is one of the thousands of girls from the North East states who yearn for the smallest facilities, and leave their states to fulfill their dreams, in search of opportunities for education and employment. In the country’s capital Delhi, thousands of such children come in search of a bright future in their fields of sports, education, business etc. And the number of girls is also large.

These girls face a lot of discrimination and harassment

I may be wrong, and this might be a perception from the POV of a woman from more attuned to the more traditional and patriarchal culture of northern India, but if we look carefully, the culture in most of the North East support women’s rights better. Compared to the traditional society of North India, the culture of these states is very open, or as I said, maybe we think so because somewhere in North India patriarchal culture is dominant.

When girls from these states come to these big cities, to a completely opposite environment, they have to face many difficulties. In the case of Delhi or many other big cities of the country, we keep hearing in the news that there is a lot of misbehaviour with the girls of North East – something we’ve seen in movies like Chak De India and Pink.

Just a few days ago, there was a video circulating on social media on this kind of harassment. According to the girl, some boys stopped by her in the Hauz Khas area at night, and asked her the “price of a night”. And this is not an isolated incident – they keep happening. Boys from the North east are also not spared from harassment –  in 2019, news of people badly beating up a boy from the North East went viral. Such news is not uncommon.

Will Mirabai Chanu’s win mean better facilities for these players? What about the harassment?

My only question is – will the children of these states start getting the required facilities for education, sports, and other things? This might reduce some of the problems they face.

If there are great players coming from the North East, certainly they must get the same facilities and incentives as those form the rest of the country. To name a few names – Nongmathem Ratanbala Devi, Ngangom Bala Devi, Lalremsiami, Lovlina Borgohain, Jamuna Borohain, etc. There are many such players who come from the states of Assam, Manipur, Mizoram etc. and are engaged in bringing laurels to the country in sports like football, boxing, and hockey.

Here’s hope that the silver medal won by Mirabai Chanu for India will not only give respect to these North East girls, but also change the mindset of the people towards these daughters from these states.

With this hope, many best wishes to Mirabai Chanu and all the players like her, who do not lose their spirits even after difficult circumstances, and bring laurels to their country. 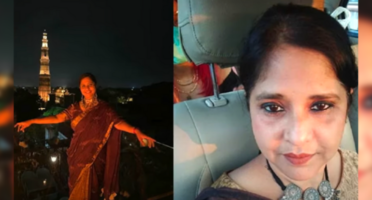 For a nation that craves for a family name-bearing son, puts its male progeny on a pedestal, its medal hopes in the greatest sporting spectacle are pinned on its gritty daughters!

For a nation that craves for a family name-bearing son, puts its male progeny on a pedestal, its medal hopes in the greatest sporting spectacle are pinned on its gritty daughters!

Mirabai Chanu was the silver medalist in weightlifting at Tokyo Olympics. PV Sindhu got us a bronze, and Boxer Lovlina Borgohain is guaranteed a bronze medal at least.

These women have been the only medal winners (so far that is) from a country of more than a billion people.

There are two categories in which Indian women have been portrayed on postal stamps. Here is a list with their date of issue in brackets.