Instead Of Calling Her Struggle ‘Inspiring’ What If She Wasn’t Burdened By Early Marriage?

Manorama from Bihar is a BPSC topper, but she recounts her struggle to study as a married woman with responsibilities of kids and family, which is an unfair burden for a woman with such potential.

Manorama from Bihar is a BPSC topper, but she recounts her struggle to study as a married woman with responsibilities of kids and family, which is an unfair burden for a woman with such potential.

Translated from the original in Hindi by Nandini Arora.

Recently, results of the Public Service Commission exams were declared in Bihar. I watched the interview of a woman who has been selected for the post of Revenue Officer.

She stuck notes on kitchen walls to study while cooking

She was an extraordinary interviewee because she achieved success while bearing the responsibilities of three children and rest of the family, and that too in a place like Bihar.

When asked how she managed time, she replied that short notes were stuck all over the walls of her kitchen. And as she went through her chores, she also revised for her exams. She would read a question and would frame the answers mentally as she made rotis. If she forgot something, she would rush back to her study books to check and then rush back into the kitchen. 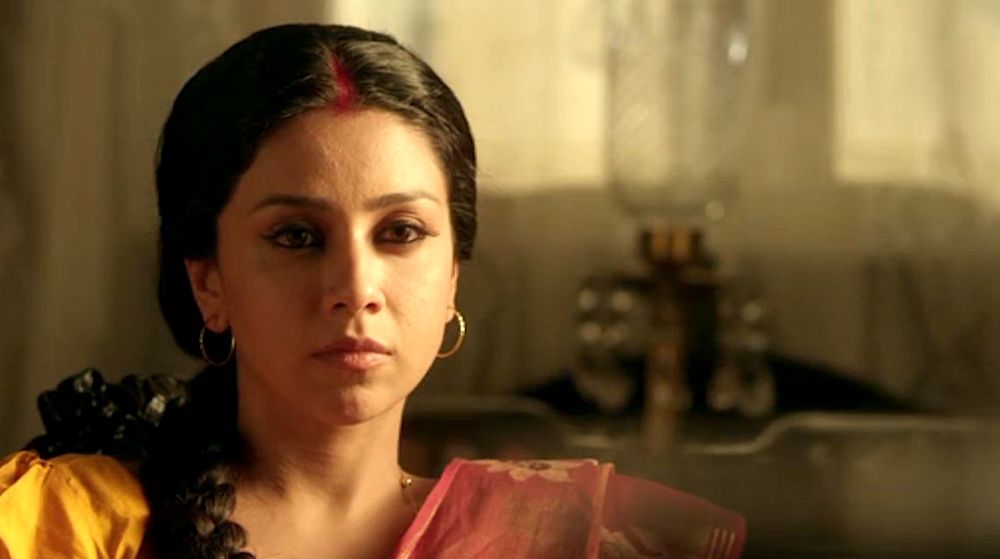 Quite truthfully, you cannot achieve success in these exams without complete dedication. Such examples are especially encouraging.

How many such aspiring young women are burdened by early marriage?

In the course of the interview, the male journalist remarked that “you are a source of inspiration for young women who might imagine that in order to be successful you need a lot of time or conveniences. The whole village is extremely proud of you right now.” 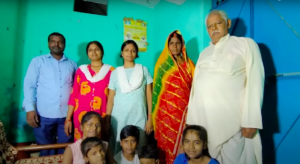 I absolutely abhor that such conclusions be drawn from a life of struggle. Such examples should evoke shame and not pride! Especially the parents of such women must be shamed who just get their daughters married off to ‘ease their burden’.

It makes me wonder at the potential and talent of such women who could show such results amidst such struggles and demands on their life. Had they received the freedom to live their lives, what heights would they have scaled then? Why just a Revenue Officer, she could have been the District Magistrate of the Zilla, or perhaps a Secretary in the PMO!

The one who is a teacher today could have been a Professor or an author.

The pressure to marry early robbing young women of their potential

These young women have been robbed of the potential opportunities that their talent means – if we are not going to examine these situations and raise questions about them even now when they have proved themselves, then when?

If these young women had not proven themselves, then the world would have readily declared them as incompetent and talentless. Then why must we not analyse these sort of injustices?

Far too many women have lost to oblivion

Such examples only go on to provide a cover for the fundamental issues and therefore we must be wary of doing celebrating them. Not everyone would even have access to whatever little support system or inner fortitude she had access to. Far too many women must have disappeared into the oblivion because of this.

I know such women, and I believe that they neither received the sky nor the ground beneath that could justice to their talent as well as basic rights of a person. Whatever they have achieved, they have paid a huge cost for that. They are even paying off that cost after being successful.

More often than not men associated with such women are given credit very easily (for the success). Please pause and think that such credit would make sense only when these women could have been spared such struggles and inconveniences. It should be a matter of great shame that for some sections of the society we have made ‘basic rights and amenities’ into some luxuries that have to begotten with such strife!

Society should claim pride the day such ‘tales of inspiration’ are a thing of the past.

I live in a village called Mairwa in Siwan district of Bihar. I'm the mother of a daughter, and am working as a primary teacher for the Bihar govt. read more...

Here we talk about 5 Indian women during pre-Independence, who made a mark. They thrived in a completely male dominated field.

We talk about 5 Indian women during Pre-Independence, who made a mark. They thrived in a completely male-dominated field.

India has seen its women being viewed in very stark contrast because of reasons which played a very significant role from time immemorial. Indian women started making their presence felt way before India’s struggle for independence. Right from the time when India was divided into various princely states we have witnessed the rise of very powerful women whose heroic acts have been stuff of legends. Cult figures like Rani Laxmi Bai, Noor Jehan and Maharani Tara Bai are still revered for their bravery. While on one hand everyone cheered these warrior queens, they subjected the ordinary women with an adverse treatment. The life of a common woman was a far cry from all the great queens who were allowed to acquire a lot of skills early on.

This disparity continued for years to come and the upliftment of women was crippled by a lot of ills which gained even more prominence in years to come. Sati pratha, female infanticide and social stigma attached to the girls’ right to pursue education lead to gender inequality. Common women were treated as second-class citizens while some influential families didn’t pose a threat to the women’s growth. Such women went on to register their name in history becoming a role model for many others.

A lot of us are already aware of the significant role that women played in India’s struggle for independence and the extraordinary women who served the society during our freedom struggle.

Padma Bhushan awardee Anna Rajam Malhotra passed away yesterday. Here is a tribute to all the challenges she faced as the first female IAS officer back in 1950.

Padma Bhushan awardee Anna Rajam Malhotra passed away yesterday. Here is a tribute to all the challenges she faced as the first female IAS officer.

It was a couple of years since India had gained independence from the clutches of British Raj. That was still a time when women were mostly confined to the four walls of the home. Kitchen and caring for the family were considered as their domain, it was their most important responsibility which they had to dutifully fulfill.

It was from this very societal setup Anna Rajam Malhotra, independent India’s first female IAS officer emerged. Its very hard to believe, isn’t it? But with her sheer will, determination and capabilities Anna Rajam fought against all the odds, led an exemplary life as an administrative service officer. She has many successful development projects like the 1st computerized port at Nhava Sheva, Mumbai, done under her supervision.