Her first movie did not win her any laurels. She had to see a hard time to get acknowledged in the industry.  She also got rejected in quite a handful of movies.

Her first movie did not win her any laurels. She had to see a hard time to get acknowledged in the industry.  She also got rejected in quite a handful of movies.

“Sherni” directed by Amit Masurkar is going to be released globally on amazon Prime video in June.

The lead actress Vidya Balan has given remarkable performances in movies like Kahani, Bhool Bhulaiya, Paa. Vidya’s outstanding acting skills has kept all her fans anxiously waiting for her new release.

On the basis of her past performances the makers of the film ‘Sherni’ tweeted “She is ready to leave a mark! Meet the #SherniOnprime in June”. She is seen holding a satellite phone in the middle of the jungle on the film poster. The actor is seen on the radar of a gun in the intriguing poster.

This multi-talented actress has always chosen movies with a unique storyline and always displays excellent acting. Since she started acting she has been receiving awards for her great work. Her acting skills in the movie Shakuntala Devi is mind blowing.

The story behind this versatile actress

Vidya Balan started her acting career in the comedy series ‘Hum Panch’ in 1995 as an child artist. She then took break for completing her studies. After her masters degree completion she tried to enter the movies. Her first movie did not win her any laurels. She had to see a hard time to get acknowledged in the industry.  She also got rejected in quite a handful of movies. But finally she got her debut role in the Bengali movie “Bhalo Theko” in 2003.

Her first Hindi movie “Parineeta” was appreciated and then the success story began. Then came “Lage Raho munnabhai”, “Bhul Bhulaiyaa”, “Paa”. In the thrillers “No one killed Jessica” and “Kahani” she had given some of her best performances. This National award winner supports women empowerment. Vidya Balan is a member of Central board of film Certification. She also hosts a Radio Show called “Dhun Badalke Toh Dekh” on 92.7 BIG FM discussing various social topics and parental romance.

All set for her next megahit

Now coming up in Sherni,  Balan is playing the powerful lead role of a forest officer who strives for balance in a world of man-animal conflict while also seeking her true calling in a hostile environment. The other casts in the movie are Sharad Saxena, Mukul Chaddha, Vijay Raaz, Ila Arun, Brijendra Kala and Neeraj Kabi.

Waiting for the release on Amazon prime video.

Love to write and share all collective information regarding lifestyle, health and wellness, food recipes, stories and much more. read more... 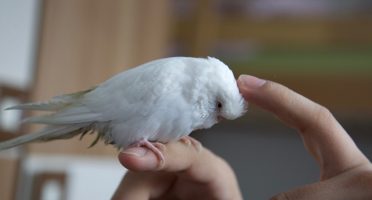 An Essence Of Love