Sexist ads should be a thing of the past, but many remain that reinforce stereotypes, though slowly, some change has been achieved.

Sexist ads should be a thing of the past, but many remain that reinforce stereotypes, though slowly, some change has been achieved.

It’s safe to say that most of us vividly remember the Burger King tweet on International Women’s Day that read, ‘Women belong in the kitchen.’ This tweet, as expected, was followed with a lot of controversies and soon was deleted.

This got me thinking – most of the popular advertisements are quite problematic, if not blatantly sexist.

What’s wrong with these popular ads?

Let’s start with fairness creams. This has been one of the most debated topics in the advertising world. Brands are often accused of reinforcing stereotypes associated with India’s obsession with fair skin.

The force of these accusations was made evident when a popular fairness brand had to change its name. And so too were their branding and product changed.

Is The Advertising Industry Finally Moving Away From Sexist Stereotypes?

This is just one example – there are so many cosmetic and skincare brands that portray the idea that women can be considered attractive or powerful only if they look a certain way. One’s merit and struggles that go into being successful get undermined and reiterates the idea that a woman can be reduced to her looks.

Do you remember the ridiculous tagline ‘Why use a razor when you are not a boy?’ that was featured in a hair removal commercial. Such a line is truly laughable, since more than 55% of women use shaving as a hair removal method. The ad is factually inaccurate and demeaning to women who use razors. 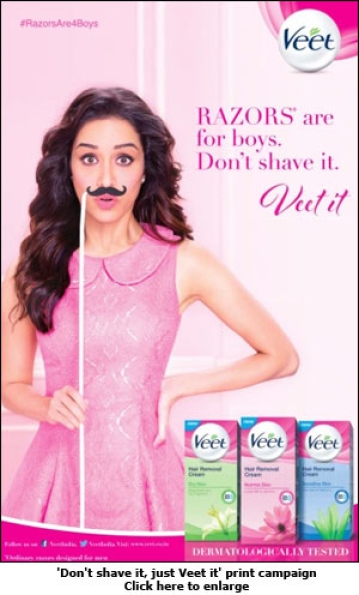 Since we are on the subject of inaccuracy, let’s talk about mens’ perfume commercials. What is with these ads portraying women to be so brain-dead that they get attracted only to a man’s perfume, as if that’s the only thing that matters? The cookie-cutter storyline is of an average man putting on a random perfume and boom! He gets the hottest girls swooning over him.

These were merely a few prominent examples but several more ads are doing the same. They present women in the wrong light and even the ones that are supposed to be catered to women emphasise gender roles and can be very misogynistic.

Ads that tend to reinstate gender roles are often of products related to food, or appliances related to what is considered ‘women’s work’ at home. They carry a message that women belong in the kitchen.

Remember the very popular ad of a mother making six different meals for her family members, each of whom has their unique demand. Instead of asking for help, like a reasonable person, she is shown as a God-like figure who can fulfil everyone’s wishes. 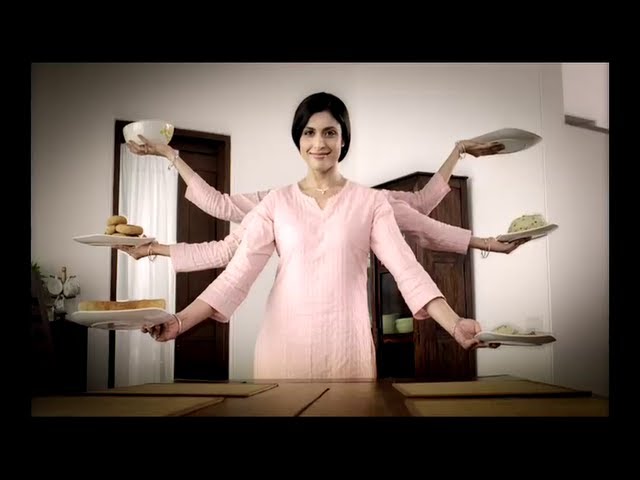 Ads selling masalas or other items from the kitchen are catered to only women. Or even ads for refrigerators, washing machines, mixer, grinders etc. all showcase women consumers. These ads simply strengthen the wrong belief that household chores are only the responsibility of a woman.

In an instance when a washing machine company tried to sell ‘unisex’ washing machines their tagline was, “So easy even your husband can use it.” How is this in any way conveying the message that men should share in the household chores?

Women’s products can miss the mark too

Ads for pregnancy products always show women being happy when they find out that they are pregnant. However, many women have to go through unwanted pregnancies, and the ads completely alienate such women.

The ads for any products related to women’s hygiene are often so cryptic that they convey the message that these ‘issues’ should be kept under wraps. Also while sanitary napkin ads cover the issue of staining and leakage during menstruation, it’s as though these are the only problems women face during periods.

I know that this article is mainly focused on bad advertisements, but some ads are breaking these stereotypes and must be appreciated.

Sabhyata made a series of ads celebrating change and the freedom of women. The ads start by suggesting that the woman is being restricted but in the end, she takes a step towards her freedom and the ad sends a message of embracing change.

Ariel’s #sharetheload ad showcases a father trying to help his wife with the household chores after he realises that because of the wrong examples that fathers set, their daughters are forced to manage the house on their own. Or the Biba commercial with the message of ‘Change is Beautiful’. The ad showcases a father not accepting a marriage proposal because the groom doesn’t know how to cook and the groom decided to learn how to cook to marry the girl. 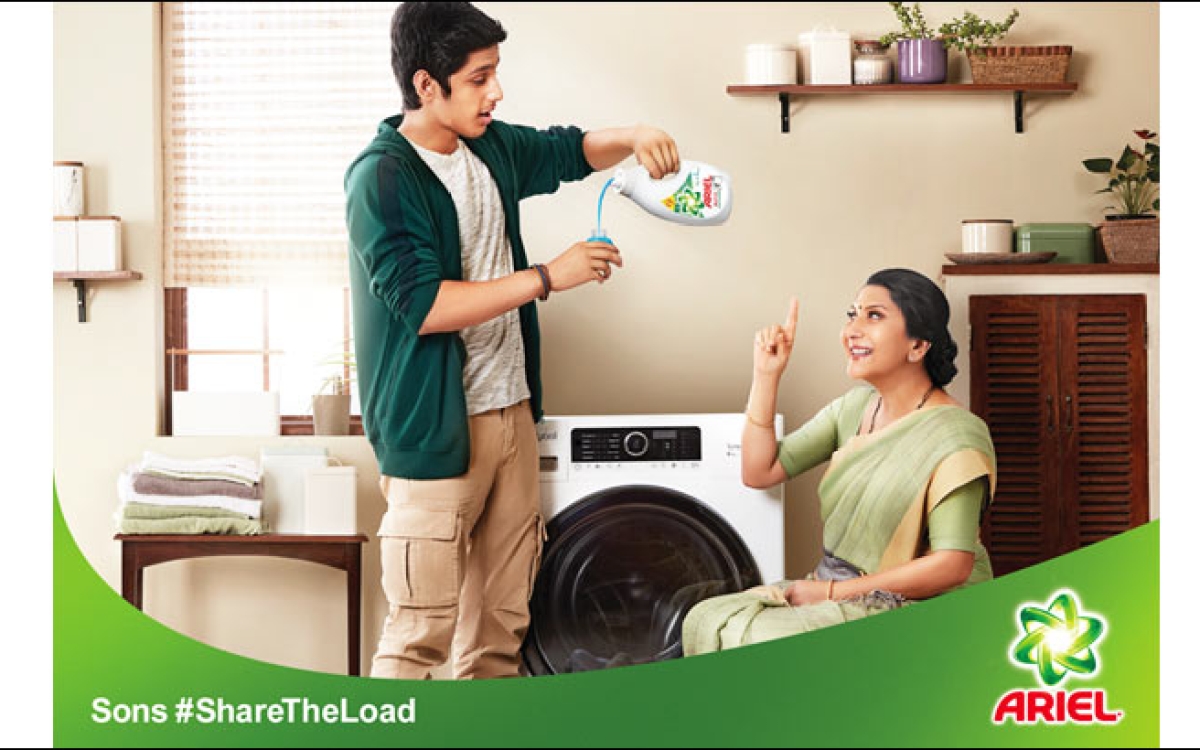 These are some new voices that our society needs to hear. And what is a better way of bringing a change than through the ads, which have easy access to the masses? Let’s try to send a message to these brands that the women of the 21st century do not wish to be labelled and limited. They are free and empowered and should be portrayed similarly. Let’s talk and get the wheel rolling. 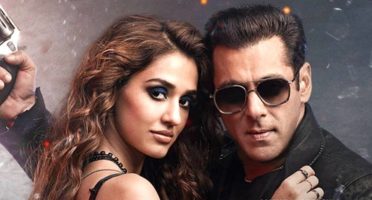 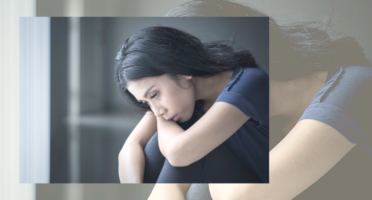 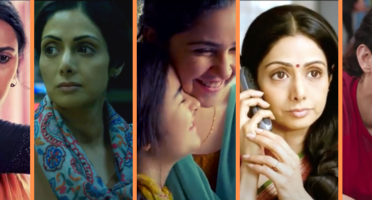 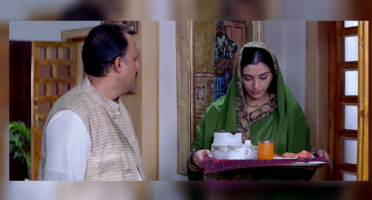 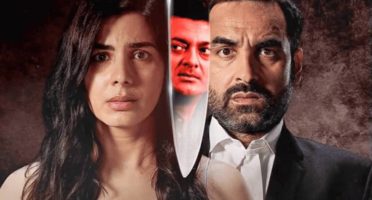 Fairness Creams May Change Their Un-‘Fair’ Names But Will They Change Our Mindsets?

Are sales of fairness creams and products as simple as 'need meets demand'? Or do they fan an evil social practice of colour discrimination?

Are sales of fairness creams and products as simple as ‘need meets demand’? Or do they fan an evil social practice of colour discrimination?

Colour discrimination has been a large part of society for far too long.  Embedded deep in our culture, it is not only disguised in our daily interactions but also etched into our subconscious. Addressing this issue is long overdue.

However, in India, we took notice of things only when a movement like #blacklivesmatter happened far away from our country. While we joined the bandwagon a little late, it was good to see brands and celebrities, who’d endorsed fairness products being called out for feeding the prejudices of the society.

These RIO sanitary pads ads starring actress Radhika Apte shows the capacity of the product to handle a heavy flow. Now heavy flow ads are not new. Almost all sanitary napkin brands have ads to market their ‘XL Sanitary Napkin’ range. What makes this ad different is the portrayal of periods in its truest forms.