Wife Or Mother… Is This The Only Identity Of A Married Woman?!

The practice of ignoring a married woman's first name and address her only in relation to her husband, kids, or family name says a lot about what we think of her identity.

The practice of ignoring a married woman’s first name and address her only in relation to her husband, kids, or family name says a lot about what we think of her identity.

“What’s in a name?..” – This timeless quote came to my mind, after I watched the highly acclaimed Malayalam movie The Great Indian Kitchen.

As many reviews rightly suggest, the movie brilliantly captures the sexism and patriarchy that is ingrained in the Indian household. But what struck me about the movie was that I didn’t know the names of any of the characters (except for the little girl), especially the female protagonist who stands tall. I am not sure if it was intentional on the director’s part, but it certainly got me thinking.

Your name is your identity

When I was a child, a quiz question that intrigued me was – What is the one thing about yourself, that others use more than you? The answer is – Your name! Your name is the first symbol of your identity as a person.

But even in the 21st century, in many Indian households, the women are addressed only by the respective relationship (i.e.) daughter, sister, wife, mother – as demonstrated in the movie. In some households, the husband doesn’t address the wife with any proper noun – but somehow they run a family together!

Namelessness is denying your identity

In my opinion, the subtle yet purposeful abrogation of a woman’s name in the household, is the first sign of erosion of her identity. Especially in the case of a woman who doesn’t work outside of the home, her namelessness is a powerful assertion of her lack of agency – that she doesn’t matter when she is herself, she matters only when she is associated with other people. I myself have grown up witnessing it in the day-to-day life of women, in my family. I was taken aback when I experienced it myself.

In India, a married woman is mostly addressed as  Mrs. <insert Husband’s surname>. After the birth of children, it is the norm for mothers to socialize mostly with other mothers – this is more so for stay-at-home mothers. This is prevalent everywhere, but more pronounced in smaller cities and towns.

In the later part of the last decade, I found myself as a housewife and a stay-at-home mom living in a small South Indian city. And that is when/where I learnt that the loss of identity happens in the most unexpected of ways.

No one other than my husband knew my given name, for quite a while! For the security guard of the building, I was the lady in <insert door number>. For the house help, I was ‘Akka’ – even though I was younger than her. Thanks to the mom-and-pop store culture, the shopkeepers get jovial and want to know everything about you.. everything but your name!

It is usually the children who make friends first, when the family moves to a new place. Then the moms of those children become friends. But for some reason they address each other as the ‘mom of child X or Y’, almost always. Thank God for mobile phones, otherwise people wouldn’t even bother to ask for a woman’s given name – even after becoming ‘friends’ and living next to each other. Not knowing someone’s first name is somehow packaged as a sign of formality and not addressing them by their name is somehow packaged as respect!

If undertaken as an academic study in social sciences, I’m sure ‘the name’ study will bring to the surface, several underlying aspects of not just gender, but also class and caste. Right now, I’m just glad that I made a resolution to ask for the name of every woman I meet – so that I can address her as a person. I hope that this blog post inspires you to do so as well. 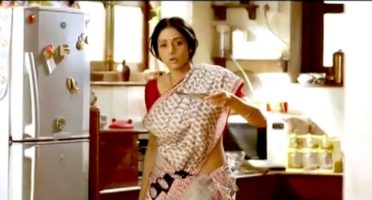 Gudiya was the most beautiful girl I had ever seen. Her beautiful big round eyes full of kajal made her look even more beautiful. The kids happily mingled with me and were enjoying my company. On a two day journey to Delhi the kids spent most of their time with me since the time they met me at Nagpur. The parents were happily freed of their continuously annoying kids at least for some time!

Why Is Name Change A Must After Marriage? She Has Her Own

Why do people want to try and get a young bride to change her name, wishes, identity, and mould herself into someone they want her to be?

Why do people want to try and get a young bride to change her name, wishes, identity, and mould herself into someone they want her to be?

After her wedding, Priyanka Chopra Jonas said in her recent interview that she wanted to add her husband’s surname into her name but didn’t want to take away her identity, so she kept her last name too. It was just added into who she is.

I wish all the women and the older women a.k.a mother-in-law believed the same.