‘Is she a destiny’s child as I was? Why does it have to be so cruel again?’ Kunti fought with her thoughts and shrugged in despair. Looking at the window from their humble abode-in-hiding, she still was unsure what she felt most  – pain, guilt, anger or anguish?

Earlier in the day, a jubilant Arjun had came back, euphoric with his triumph to announce his big win, and she?

Without hearing more or even looking at the ‘win’, she simply directed him to share the win equally among his brothers. She sensed the eerie silence and turned back to discover how her words had struck the fate of a beautiful young woman in flesh and blood. Her own sons were baffled when they absorbed the impact of their mother’s statement.

She herself was no stranger to this providence. Separated from her biological parents, cared for by her childless uncle, Kunti had had her share of quandary.

Devotion to Rishi Durvasa had earned her a ‘mystery mantra’ that escaped the imagination of her teenaged mind. Hell bent to discover the real effect; she had used the mantra with Surya, the most potent influence she could think of, on her, her surroundings and the mankind. A wee gullible girl suddenly transformed into an unwed mother to Suryaputra Karna.…a sin kept under wraps to save her chastity till today. 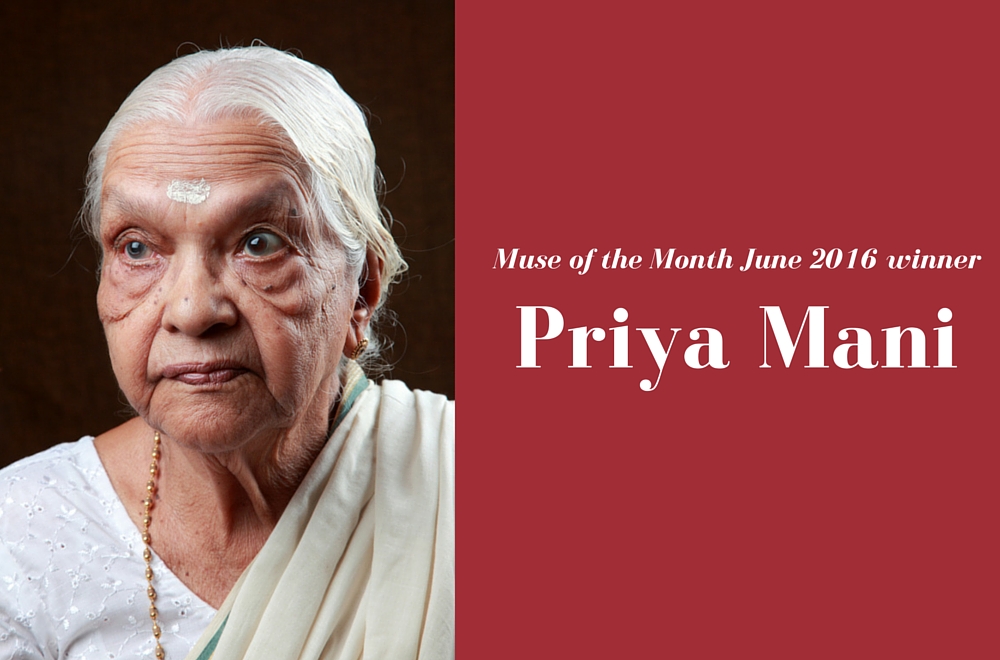 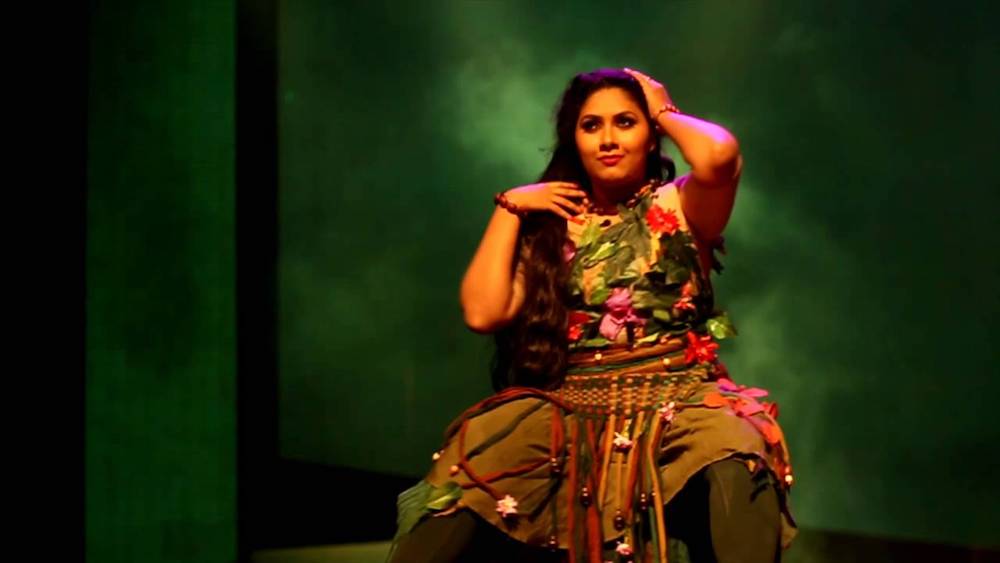 Didn’t she crave for a normal, happy life of a high born princess when she chose Pandu, the mighty prince? But a curse came in a different form to snatch away the pleasures of a happy married life!

Trapped by Pandu’s inability to have a conjugal life, she had had to turn back to the past she had never wanted to revisit… a darkness she had always ran away from…

The mantra that had scarred her innocent youth came again to entwine her fate. An unsaid, unheard, unimaginable predicament of having 3 sons from 3 illustrious men, none her husband, was a catastrophic experience.

Did I not pay for my recklessness by sharing this mantra with Madri so that she can experience motherhood too?

Did I not redeem myself when Madri chose to go Sati with Pandu and I remained strong and devout to my sons, And loved Nakul and Sehdev as my own.

And now alas, in my naïveté, I have given a verdict that will push Draupadi to the difficult world of polyandry. ‘At least I was responsible for my fate, I reaped what I sowed. Draupadi is blameless and so are my sons’, she shrieked.

Sun, her first beau, eventually set off down the horizon and she stepped back in the room. 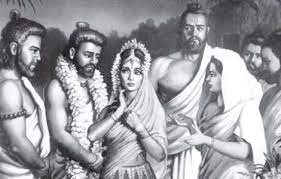 Draupadi was born a full grown woman from the yagna fire and was indisputably endowed with beauty and charm. She chosen to marry Arjuna, the man who defeated her father years back and was the reason of her very creation. And here she is, bundled up in a corner, bewildered with the welcome in her new home.

She turned to Arjun, her handsome and ever obedient son, now engulfed by a strange melancholy. A few moments back, he was triumphant, and now he sat despondent and defeated.

Bhīma, Nakul, Sahdev sat in a stony silence, but what intrigued her was the calm, radiant face of her eldest, Yudhishthira. He has always been the wiser one, holding on to high ground. His spear so strong, that it could penetrate a stone wall as though it were a piece of paper. His chariot always flew at a 4 finger distance above the ground due to his piety.

How was he not perplexed by this situation and still remains composed?

Has he seen the future that lies ahead of this family in this new light?

Has he re-visited the past to conclude the reasons of this misfortune?

Has he already conjured a way out of this setback?

Has he forgiven his mother for forcing this disgraceful plight on him, his brothers and his new bride?

Is there forgiveness for this fallacy?

Image source: a still from series on Vijay TV 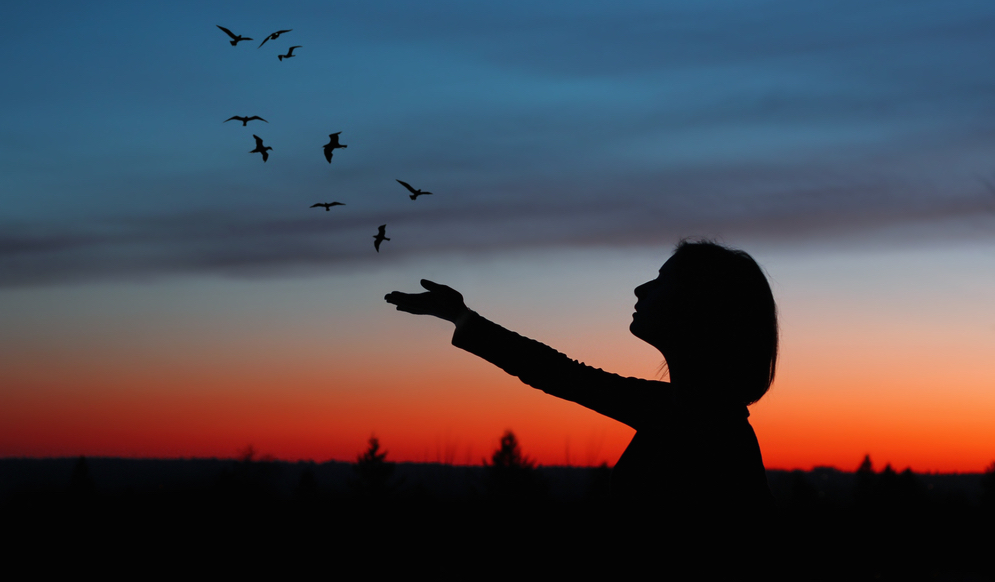 It took this daughter-in-law a decade to find her place in the sun, and some peace. A short story that will leave you with a bittersweet feeling.

It is a beautiful morning, bright and sunny. But the Delhi pollution and traffic is already spoiling it. How she longs for her hometown. It has been a decade since she has been staying in this metropolitan city, but never really felt at home.

She could not love the “little bundle of joy”. All it did was remind her of that awful night, the pain, the cursed pain. And blood. She bled again to let this little thing breath. She had to bear the pain again for it.

She could not love the ‘little bundle of joy’. All it did was remind her of that awful night, the pain, the cursed pain. And blood. She bled again to let this little thing breath. She had to bear the pain again for it.

The second winner of our December 2018 Muse of the Month contest is Manisha Sahoo.