The Punjab and Haryana HC recently refused protection to a couple in a live-in relationship from the girl’s family because "such protection would disturb the entire social fabric of the society."

The Punjab and Haryana HC recently refused protection to a couple in a live-in relationship from the girl’s family because “such protection would disturb the entire social fabric of the society.”

Yesterday I read this piece of news about the Punjab and Haryana High Court refusing to grant protection to a couple in a live-in relation, where the boy is aged 21 and the girl 18. The couple is facing threat from the girl’s family, but the court refused to grant them protection stating ‘if such protection as claimed is granted, the entire social fabric of the society would get disturbed’.

This reminded me of a WhatsApp forward I had received recently; it was among those sanctimonious forwards which spoke of how we ought to live in harmony with nature like the birds. Among the other qualities it spoke of, the forward mentioned how birds strictly ‘married’ within their communities. “You don’t see a parrot and peacock getting married” stressed this forward. I am still wondering if birds even get married, but what this message reeked of was phobia towards inter-caste and inter-religious and inter-community marriages, in short love marriages.

This is a phenomenon unique to our country or rather the Indian subcontinent. Marriage here happens after considering a gamut of factors none of which are love and compatibility. Even in 2021 love marriage is the word that collectively raises society’s blood pressure. Dating is a term that is akin to blasphemy. Of all the evils plaguing society dating, live-in relationships, and love marriages would top the list for many. Sadly, the judiciary and our elected representatives who should be propagating the change and making efforts on changing the mindset have only been furthering this regressive thought process, as is evident in the present case.

Moral policing by the Judiciary & Government

The present case is not the first instance of moral policing by the Judiciary or the Government.

In 2017 the Central Government had argued in the Delhi High Court against the criminalizing of marital rape stating that criminalizing marital rape would destabilize the institution of marriage. This line of thought was furthered by former Chief Justice of India Mr. Deepak Mishra who said “I do not think that marital rape should be regarded as an offense in India because it will create absolute anarchy in families and our country is sustaining itself because of the family platform which upholds family values.” The result is at present India has the dubious distinction of being one among the only 36 nations in the world which have not criminalized marital rape. 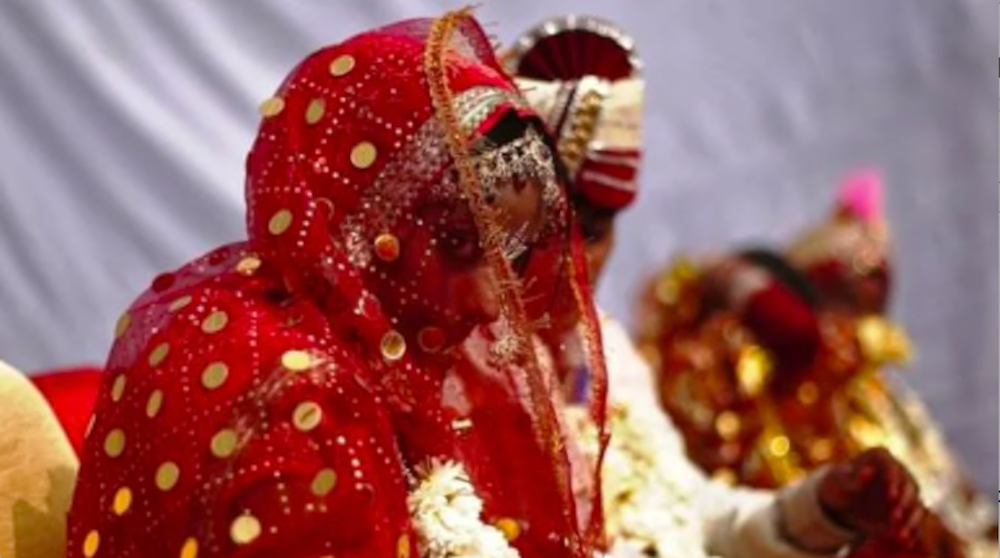 More recently the Central Government opposed the legalizing of same-sex marriages specifying that the same would ‘violate uncodified personal laws and codified laws for marriage’ in the country. It further iterated such marriages were not socially acceptable.

The order in the present case by the Punjab and Haryana High Court is a violation of an earlier progressive precedent set by the same Court. The same court had ruled in May 2020 that Courts should not engage itself in social mores or introduce personal ideas on morality in a protection petition.

Why is a consenting act between two adults sinful or socially violative?

In the present case, the couple are adults and two adults in their own accord have chosen to live together. Unfortunately, this has turned into a life-threatening situation for them as the girl’s family is not happy with their move.

A family is considered a support system and while there can be differences in an individual view and that of his family, it is not Ok for them to force its diktats on individuals. The court’s refusal to grant protection to the couple in the present case can be construed as support towards the violation of their right to liberty and right to living with dignity.

Disha, an 18-year-old student questions why the social fabric of the society would be disturbed only in this case. She asks “what happens to the social fabric when a child or a woman is raped? Should that detrimental impact on social fabric be more worrying than the perceived impact of this situation?” A very pertinent question indeed.

Disha’s friend Nandini says “as consenting adults, the couple should be allowed to make their own choice.” As an afterthought, she adds “I can’t believe that this is even being debated.” Personal liberty should not be a debatable issue in a free country for its citizens when their act is not violating the law in any manner, but sadly the truth is anything but that.

Abhishek S, a 24-year-old software engineer echoes the anger a large section of the country’s youth would resonate with “Following strict and rigid rules in a changing society has always been a fool’s errand. And these people will be remembered with nothing more than disgust and cringe if and when society moves on.”

Holding on to regressive practices and thoughts in the face of change can only spell doom. In the present case when we have the judiciary according to sanction to social repressiveness, are we not making our youth wary of the very institute which has been created to protect their rights.

We should strive to further the progressive thought process

In 2010 the Supreme Court of India held that live-in relationships come within the ambit of the right to life under Article 21 of the Constitution of India. The Apex Court also held that live-in relationships are permissible and two adults living together cannot be considered illegal or unlawful. But sadly, nearly a decade later a High Court instead of furthering the progressive stance has regressed further and stated that “social fabric of the society” would be disturbed. Why does society see the incessant need for policing consensual decisions of adults, which are going to be of no impact to any third person?

A section of people has said the couple in the present case is very young only 18- and 21-year-old, do they understand the magnanimity of their decision? Isn’t this a factor which should have discussed by their parents? If they had the opportunity for free dialogue and discussion in their homes, would they have needed to resort to this decision? The fact that the couple perceives a threat to their life and liberty from the girl’s family, clearly shows the couple more specifically the girl has little to no agency over her life decisions.

Keeping the present case in mind there are questions that we ought to ponder over is should an act which is strictly personal, even be put to debate in a public sphere? Secondly, should the fundamental rights of individuals be compromised only because they did not toe the line per the contrived thinking of the society? Time we do away with our judgemental lenses and ensure no adult in society is deprived of their basic rights.

The recent case of a rape survivor wanting to marry the rapist to "give legitimacy to her child" speaks of how our patriarchal society inspires fear in a single mother.

The recent case of a rape survivor wanting to marry the rapist to “give legitimacy to her child” speaks of how our patriarchal society inspires fear in a single mother.

These may sound like clichéd Bollywood movie dialogues to you; but this is exactly what is happening in this bizarre case, that shows our societal mindset.