Pop Star Demi Lovato Comes Out As Non Binary; Let’s Talk About What That Really Means

Demi Lovato came out as non binary recently. Let's take this moment to talk about what it means, and normalise all gender identities for our trans and non-binary siblings.

Demi Lovato came out as non binary recently. Let’s take this moment to talk about what it means, and normalise all gender identities for our trans and non binary siblings.

Pop star and actor Demi Lovato came out as gender non-binary through a series of heartfelt tweets. They shared that moving forward they would officially be using the pronouns they/them, and that they’re sharing this with their audience, opening up to another layer of vulnerability.

As our favourite celebrities and also often friends, families and neighbours search for a safe space to live their truths openly and proudly, does it not become our duty to engage in conversations and speak up for our non binary siblings?

On March 30th, Demi Lovato had also shared that they are pansexual, on an episode of the Joe Rogan Experience. They spoke about how fluid they feel in terms of their sexuality. “I’m so fluid now — and a part of the reason why I am so fluid is because I was super closeted off.” They talked of how they felt a lot of shame growing up as Christian and had to seek the safety of the closet.

The closet tends to be a suffocating place. LGBTQIA+ individuals are forced into the closet due to the cisheteronormative patriarchal structure. Queer people fear rejection, discrimination, oppression and even violence. The closet is not natural. The closet exists because oppression exists. And this structure needs to be dismantled.

What are non binary gender identities?

Society loves to put us in boxes it can control and manage. One of the tools this patriarchal social structure uses is the gender binary of ‘man’ and ‘woman’. But gender identities and expression cannot be limited to a binary structure.

Gender is assigned at birth to a newborn based on the genitals, and the child is raised according to this. But gender is something that human beings feel they are, and not what they are assigned at birth. If male and female are the binary that society stands on (cis gender), there is much more to gender that is neither one of these. These individuals are said to be non binary, or gender nonconforming. They identify as neither men nor women at any given time. Hence, non binary.

The words non binary are an umbrella term for people who do not associate themselves with their gender assigned at birth. They can be gender noncomforming, gender fluid (that is, identifying with more than one gender across the spectrum), agender or any other identity, or might also have an unique definition for how they identify. They may not want to answer to the male/ female pronouns as that makes them feel the distress of being mis-gendered, which can cause a lot of trauma, and is part of what is called dysphoria. Gender nonconforming persons may thus prefer pronouns that do not define one’s gender, but they/them, ze/zir or neopronouns, which are commonly used by non-binary individuals.

Why do we need to talk about gender more?

Non-binary people are part of the trans community whose identities are more often than not invisibilised and excluded. They are not acknowledged officially. This leads to spread of misinformation and alienation, often denying them their fundamental right to dignity.

Binary trans people, while being subjected to discrimination, oppression and violence, are more visible because we have the language to categorise them, as with cis people, into the bracket of either man or woman. This binary nature of languages on the other hand, along with the lack of awareness about non-binary identities leads to a complete exclusion of such identities.

This year itself saw the exclusion of singer-songwriter Sam Smith from the gendered categories at the Brits award 2021, for being an out non-binary individual. They were snubbed in spite of having produced brilliant music and even being nominated in the best album category. Sam Smith came out in 2019 as non-binary and goes by them/them pronouns.

Closer home, too, gender noncomforming individuals find themselves snubbed by even educational centres and governmental schemes and laws. A children’s literary festival in Bangalore in 2018 tried to erase a non-binary person’s gender identity from their author bio. Their excuse was that mentioning the author’s non-comforming gender identity might be beyond the comprehension of children and the parents might disapprove. They could have instead taken this up as an opportunity to present to the kids identities they were hitherto unaware of. Kids are always more receptive to new ideas than adults who have been conditioned a certain way. Introducing children to diversity makes them more accepting of people, and would’ve even helped those who are navigating their own gender.

Further, the Transgender Persons (Protection of Rights) Act, 2019, completely excludes non-binary people from the ambit of the Act. The instances of exclusion and marginalization abound.

From Demi Lovato, Sam Smith, Miley Cyrus, Indya Moore and so many other incredibly talented individuals to our friends, neighbours and maybe you, non-binary people are here all around us. They’ve existed since time immemorial and they will always be here. We owe it to our fellow humans to respect and acknowledge who they are and talk to others who are yet to understand how the conservative, cisheteronormative patriarchy limits us. The dialogue needs to expand. 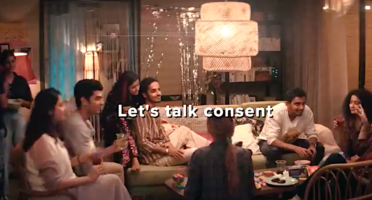 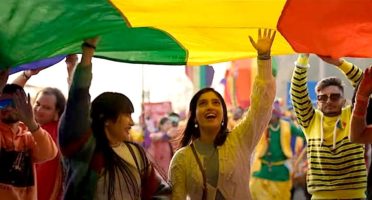