What is monogamy, and is infidelity an attraction for other people, a default in the wiring, deficiency in marriage, or merely a predictable response of a non-monogamous primate?

What is monogamy, and is infidelity an attraction for other people, a default in the wiring, deficiency in marriage, or merely a predictable response of a non-monogamous primate?

If so, then what does a ‘marriage’ mean in this new age of love and companionship? Also, if monogamy is dead then why does ‘infidelity’ destroy so many people, relationships, and families?

The stories of Romeo-Juliet or Heer-Ranjha talk of lovers wanting to spend their lives together. They have been threaded through history, mythology, and literature in our reality. In fact, love is a prime emotion, and key gimmick in all the stories we have seen, read, heard, or told!

Nevertheless, infidelity or betrayal in any form has also always been fused with these stories. It has presented itself through not just art, history, and mythology, but also through movies, politics, and economics!

What is monogamy? What do marriage, monogamy, infidelity mean today?

What is marriage? What is monogamy? What is infidelity? What are these institutions that seem to have paramount importance in society, but are the least talked about? 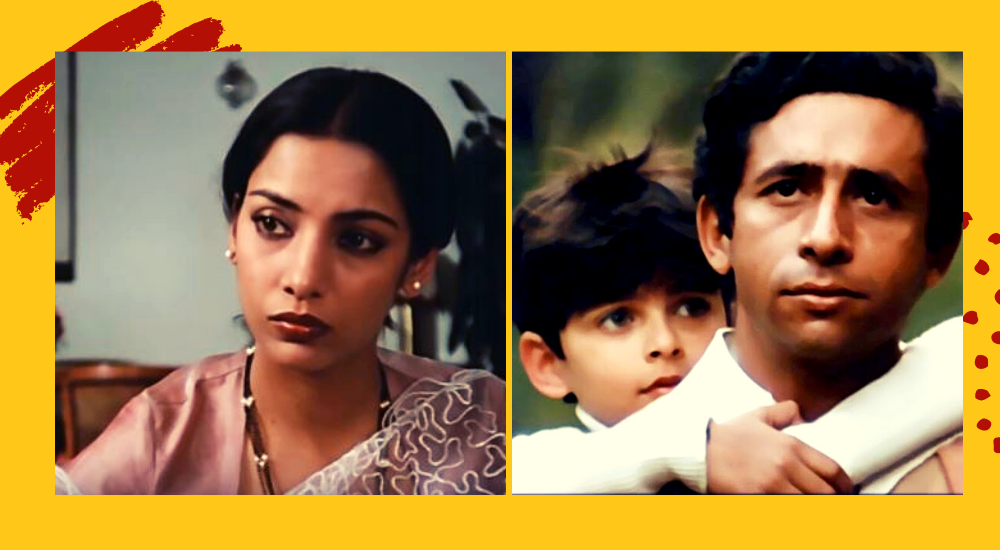 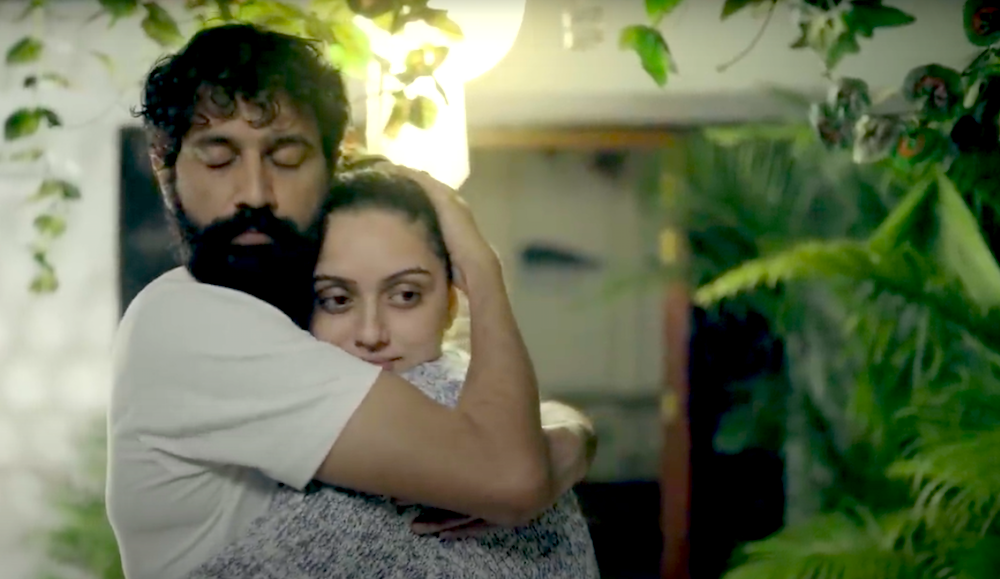 Is monogamy a secret agency that recruits people and promises a lifetime partner, whom you can annoy? Is marriage a union of two souls that legalizes sex? And, is infidelity an attraction for other people, a default in the wiring, deficiency in marriage, or merely a predictable response of a non-monogamous primate?

All these institutions have evolved with time. Their definitions too have changed over the period. From what I have read, researched, and believed, here’s my take on it through the lens of a writer. and a human behaviour enthusiast –

They say, “Life is short, have an affair.” Well sometimes, even I feel that polyamorous relationships are much more pragmatic. They benefit us as humans. Whether it is the satisfaction of the sexual urges or having multiple social, political, and financial alliances, the perks can work wonders.

Be that as it may, I agree to disagree. I signed up for a monogamous relationship long back, and vowed for the romantic idea of exclusivity.

Marriages began as economic enterprises; infidelity was a threat to this economy

Monogamy is relatively recent. In tandem with sedentary agriculture, the emergence of large-scale industrialization, hoarding of property, and improved health care, polygamous society transformed into a monogamous one!

The (so-called) evolved humans might have chosen monogamy over polygamy to protect their genes. I see it as a decision that we (might) regret. Later, through the cableway of human brains, the concept of marriage must have been deduced. Definitely something that most people regret but preach anyway.

Formerly, marriages were an economic enterprise. Daughters were traded for cows. They were given away to landowners in marriage who could take care of them. Needless to say, daughters were seen as burdens even in olden times. Marriages were more like a contract shaped by the patriarchal society to maintain the chastity of a woman and derive benefits from it.

Adultery or infidelity, then, was a place where people sought for love and emotional connection. Thus, back then, infidelity was a threat to financial security.

Marriage today is often governed by the idea of people in love wanting to stay together for the rest of their lives. So, infidelity now threatens our emotional security and destroys us.

Today, we expect our partner or ‘the one’ to be our closest confidante, our BFF, a great lover, a caring parent, an intellectual equal, and a partner in everything! When these expectations are met, we believe that we are the special someone; the ‘soulmate’.

So, infidelity shakes the whole system of this belief. It tells us otherwise, that we are replaceable. It is thus an ultimate betrayal and threatens our sense of self!

From monogamy to procreate, to affairs to be happy

Earlier, monogamy had nothing to do with love. It was being sexually active with only one person so as to procreate and protect. Monogamy today is ‘one person at a time.’ Where then comes the narrative of cheating?

I believe when expectations from that ‘one person at a time’ aren’t met, we often stray. We live in an age where we feel that we are entitled to make our wishes come true by hook(up) or crook! We think that we deserve to be ‘more happy’ than we are now. Thus, we turn for a ‘happier us’ in the arms of another person.

Affairs are sometimes also about freedom, finding emotional connect, passion, and a wish to recapture our lost essence in someone else. In my opinion, it is the forbidden fruit that helps us rediscover a part of us which we have lost in the topsy-turvy process of life!

Be it is Krishna with 16108 wives or Romeo with Juliet, in any given relationship, challenges and integrity are always on the surface!

Visual happiness gets way too much importance today

Today, it is all about the aesthetic sense of things. Whether it is the caffè latte that you are having at an instagrammable place or the crazy in love photos with your partner, everything needs to be on point.

Happiness is becoming more visual. And, the notion of happiness as an emotion is being given extravagant importance.

In this process, we have regarded all the other emotions as worthless. As a result, breaking promises, cheating on someone, and hurling hurt has become easier, under the guise of ‘self-love’ or ‘my happiness’.

It doesn’t matter if infidelity is a choice, prescribed, or a conditioned response to repeat some unconscious behavior patterns. It still hurts because it is the ultimate betrayal.

I believe that in any given relationship, it is important you lay down your definitions of these institutions, communicate them, honour boundaries, resolve conflicts, and define integrity on your own terms!

In the new age of love, with the appeal of open or designer relationships, what is your take on the institutions of marriage, monogamy, and infidelity?

View All
How To Become A Data Scientist In India
Divorce Rights For Married Women In India - Legal Rights 101 With YourInstaLawyer
No More Guilt: Exploring The Ways In Which You Can Shed Mother's Guilt
Steps To Landing Your First Writing Job - Want To Be A Content Writer?
What Are The Essentials Of Being A Good Content Writer?
Women At VMware - Meet Ipsita, Inside Sales Representative At VMware India
Sex & Sexuality

Monogamy Can’t Be A Compulsion, It’s A Choice To Make Every Day, Says Actor Radhika Apte

Being in love with many people at the same time doesn’t make you a slut, and Radhika Apte has finally said it for all of us!

Being in love with many people at the same time doesn’t make you a slut, and Radhika Apte has finally said it for all of us!

‘Hooks up with so many guys, such a slut, Oh! My god she flirts with everyone! Such a man grabber!” comments like these are pretty common for women who explore the possibility of love out there because obviously ‘a lady should always be a one-man woman’, right?

What Is It That Drives People In Seemingly Good Marriages To Indulge In Infidelity?

Loyalty in a marriage is important to me, so I am unable to reconcile with the ease with which people go in for infidelity - even in good marriages! A personal look.

Loyalty in a marriage is important to me, so I am unable to reconcile with the ease with which people go in for infidelity – even in good marriages! A personal look.

Most people these days are exceptionally busy and are on the go, all the time. Technology seems to have made our lives easier and has supposedly brought people closer (more so if people are living miles away from us). Modern amenities which were luxuries not so long ago are a necessity now. Our lives have altered in ways our ancestors couldn’t have imagined.