"Now I am 46. My body and mind are both going through an upheaval. My hormones are wreaking havoc. There are times I need to pause for a breather. Is it wrong to pause?" she hollered.

“Now I am 46. My body and mind are both going through an upheaval. My hormones are wreaking havoc. There are times I need to pause for a breather. Is it wrong to pause?” she hollered.

There was pin drop silence in the conference room. Officers and the admin staff of the bank sat up straight waiting for Snehal, their manager to start her presentation.

Snehal ambled forward and connected her laptop to the projector. Beads of sweat formed a crown around her forehead. Wiping it off with a tissue she adjusted her glasses. Even though the AC was running in full blast she felt hot flashes all over her face.

‘Thud Thud!’ Her heart pounded making her feel breathless. Feeling unbalanced, she held on to a chair for support. “Give me a moment please. I will be right back.” She gasped as she tottered out of the room.

Snehal could hear people go ‘ptch’ ‘ptch’ turning their attention towards their watch.

“This is not the first time. I don’t really know what’s wrong with her? She just disappears for a few minutes almost every other day.” One of them hissed.

Snehal walked into the washroom. She splashed cold water repeatedly on her face. ‘Aaah! This feels good,’ she exclaimed as she wiped her face.

She went into the pantry and filled a tall glass with ice cold water and sipped on it. Taking long breaths, she undid the first button of her formal shirt.

Lists to the rescue of a forgetful brain

Pulling out her mobile from her shirt pocket she scrolled through the notes.  It read – Amlong tablet- 1 strip, pudina- 1 bunch, chart paper-2. A smile crossed her lips. This was the home list. Nowadays she felt like Gajni, her forgetful self couldn’t leave home without the innumerable lists.

She closed that and opened another note. This was the to-do list at work. Going through it she puffed up her cheek and let out a long breath.

She had her own way of tackling problems be it her son’s tantrums, her daughter’s demands, her father-in-law’s health, the dishoom dishoom with her mother in law, her husband’s wishlist, her health issues, customer service issues, the targets to be met, the nagging auditors. The list went on and on.

Snehal used to always wonder why the Goddess had so many arms. Now she understood. Not only hands, women need to borrow Ravana’ s heads too. She chuckled at the thought. Her sense of humour always held the fort for her. She could easily laugh even if it means poking fun at herself.

She had chosen to be a working woman. She enjoyed every minute of it. Most of the time, life seemed to be an obstacle race. She had stopped competing and only tried to do her best. But she was often pushed against the wall and had to prove her mettle at every step.

As she was just about to push the door open she heard loud murmurs.

“I heard she is going through peri-meno-pause..or something like that. These women take maternity leave for 6 months. They demand for a period leave and what next? Menopause leave? These are the heights! When do you think they plan to work?” Neel, a junior banker, sniggered, moving his head from right to left.

The other guys nodded in agreement.

“They want the best of both the worlds.” Rajeev, the cashier, bit his tongue when he spotted Snehal at the door. The guys who had huddled up, scampered off to their places.

There were just a handful of ladies who had seated themself in the front row.

Snehal walked to the centre of the room with slow but determined steps. It’s not everyday she felt like pelting a stone at a barking dog but today she felt she had to.

“I am sorry but I overheard your talks. And, I feel the need to clear the air. Mind you! This is no justification.” Saying so, she caught Neel in the eye. Neel lowered his eyes, fidgeting in his chair.

“I have been working in this bank for the last 20 years. My rise from a front office executive to the post of manager was not a bed of roses. I have given it my all. I have cleared all the banking exams with distinction along with taking care of my home, my aged in- laws and my kids.” Her voice boomed loud and clear.

“Yes I have availed of maternity leave, sick leaves and whatever leaves I am entitled to. I am after all human and not a machine. Once in office, the only break I take is the lunch break. I work for 9 hours a day. Not a minute more not a minute less.

Is it wrong to pause?

Now I am 46. My body and mind are both going through an upheaval. My hormones are wreaking havoc. There are times I need to pause for a breather. Is it wrong to pause?” she hollered.

Looking sharply at Neel, “How many times do you take a break Neel to smoke in a day? An hour? You don’t seek permission; you treat it as a given. I have seen you guys enjoying cricket matches on your mobile. Do I question you? I don’t challenge you.

I challenge myself to go against the tide and to be a better version of myself. Why are women always answerable? First puberty, then motherhood, perimenopause, menopause – the cycle goes on and on for a woman. We are not complaining. Are we?” She raised her head waiting for an answer. Most of the guys sat with their faces looking down.

They seemed to realise how wrong they were. The ladies gaped at her  with awe. Neel squirmed in his seat. His face had ashened with shame and guilt.

“I am not asking for help or sympathy from you guys. All I am asking is for some understanding. Just let me pause in peace. Women go through hell transitioning from perimenopause to the menopause stage. I am trying to handle it in a way that doesn’t hamper my work.

All these challenges have only made me stronger and abler. If you have any objection, speak to me on a one to one basis. And, certainly not behind my back.” She spoke at length.

Now can we talk business?

“Now can I talk business? Guys, please don’t look so sullen. Cheer up!  Would you care for some coffee and piping hot samosas?” She smiled. One minute she was a hard task master and a friendly, encouraging colleague the next .

She switched on the projector. The perimenopausal woman took a backseat and it was now the branch head  in charge giving the team their goal for the month, their training schedules and also apprising them about competition which could eat into their share in the market.

The audience listened in rapt attention even forgetting to breathe. 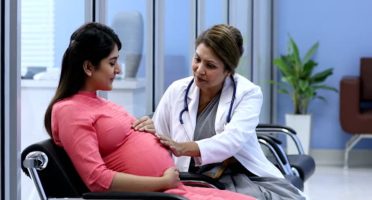 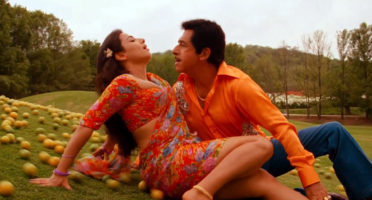 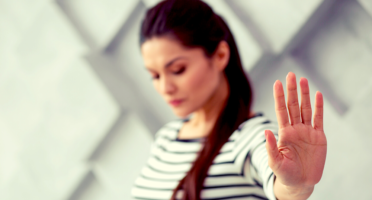 Don't You Dare Touch Me Again!