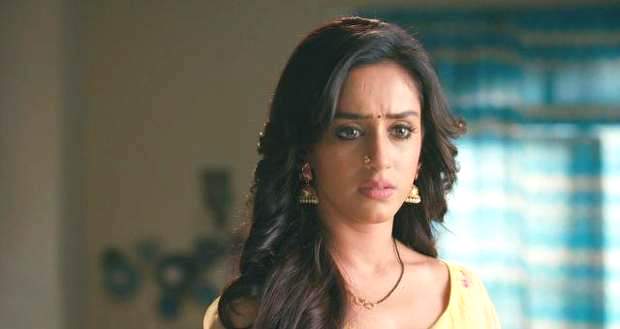 From Pocket Money To Marriage, I Realised Everything Has Shades Of Grey In It!

It took me more than 20 years to realise that the world isn’t black and white and that all my relationships are tinged with shades of grey!

Ever since I started thinking morally, I’ve been trying to understand the concept of black and white or as people call it – right and wrong. My grandmother always said, doing good is all white while doing something wrong is all black. However, as I started growing up, I started to understand that there is no pure white or pure black – both colours and feelings.

When I was a kid, my siblings and I weren’t given any pocket money. Whenever we wanted something, we simply asked our parents. They had a simple rule for this – we had to justify why we needed what we needed and why we deserved it.

Growing up, I met a lot of people with different personalities and I tried to take their inputs on this concept while explaining it. Everyone had different ideas about it but the baseline was the same and it helped me come to a conclusion too. There is no pure black or pure white in the world and everything that happens in a result or combination of both. So basically whatever we see are just different shades of grey.

Everything we do has tinges of grey in it!

As a kid, I would study hard, not just because I wanted to but because I enjoyed the praise and the gifts that came along with good grades. My hard work was definitely white but my ego and greediness for the goodies after the result added tinges of black to it, making it grey.

It took me more than 20 years to understand one thing and there still are things I am trying to figure out. But what I did learn was that I can’t categorise a person or their actions into either black or white and good or bad. There are millions of shades of grey in the world and categorising and sub-categorising isn’t my cup of tea. So, I have realised after all these years that I cannot judge people at all.

When it was time for me to get married, my parents started introducing me to people they thought were worthy. These were all the people categorised by my parents into black and white. They even tried to choose the gut with the lightest shade of grey. Anyway, we got married and since then we have been trying to understand each other and accept each other and our flaws too.

Even my married life had grey in it!

Well, the first few days were heaven. Our honeymoon phase was all white, everyone gave us time to be together. We talked, discussed and planned our lives – all the white stuff. All this lasted for about two or three months.

Then came the responsibilities, his joint family, their expectations from their daughter-in-law and the colour started turning darker. It was hell for me. Three years with him and his family, I started contemplating divorce. This was the blackest phase of my life. (It was the worst I’d ever experienced.)

But with the help of a few friends and a good counsellor, I began to see the good things. Slowly and steadily, the colour chart started becoming brighter. I began understanding him and appreciating his gestures. The biggest problem is that he and I are polar opposites. To the world, he may be an extrovert but he cannot express his love for anyone.

From that point onwards, I started to see that he didn’t have a choice, it was always me versus his family. And he would obviously, always choose them. Now it was my choice to decide the shade since the problems would always be there. And I realised we both loved each other too much to leave each other.

But we are working on getting to the brighter colours

Once we started talking to each other, the grey shade lightened. Though there are times when we fight and the colour darkens, but we always fight to get to brighter colours. One thing I learnt from this was that it is never possible to classify someone or something as good or bad. In fact, it’s the circumstance that makes people do things. I am sure there are exceptions to this, but if you look at it, in-depth, I am sure it will always lead to something else.

For the last 20 years, I have known and understood the colour and concept of grey. But if I don’t know my own shade, how can I classify someone else under a category?

Let’s take an example – when a little child brings a flower for their parents from a store with their pocket money, the parents are incredibly happy. However, if the same child picks the flower up from a garden where they aren’t supposed to pick flowers, they are scolded for it. The child’s intention is the same in both cases but the reaction they get for it differs. Why does it differ?

To everyone reading this, tell me, are you always in the same shade of grey each second of your life?

The Grey Men Who Have Preyed On Women All Their Lives