A candlestick is a graphic representation of price movement. Traders skilled at technical analysis can evaluate trends at a glance, by looking at a few bars only.

Forex trading in India uses candlestick charts to forecast price movements. It is an essential element of technical analysis. If you can read candlesticks correctly, you can identify lucrative trading opportunities in the market. There are the best moments to buy or sell your instruments.

A candlestick is a graphic representation of price movement. Traders skilled at technical analysis can evaluate trends at a glance, by looking at a few bars only. Discover the key bearish and bullish patterns on a daily chart.

Characteristics of a Candlestick

Each of these elements has a body and a wick. The former describes the open-to-close range for the traded asset, the latter, also known as a shadow, denotes the intra-day high and low. There are four possible colors of the body.

Upward movements are indicated by white or green, while a decline is shown as black or red.

A string of candlesticks forms a pattern. A bullish sequence shows it is time to buy, while a bearish one prompts sellers to take action. Patterns allow traders to spot major support and resistance levels, and make educated guesses. Some of them indicate indecision in the market. Here are eight forex trading patterns worth learning about.

These always follow a downtrend, indicating a reversal. That means the price has ceased falling and is going to rise. Observers know they should open long positions to capitalize on subsequent movements.

This pattern forms at the bottom of a downtrend, and it shows that the buying pressure is intensifying. The hammer comprises a short candlestick body that sits on a long wick. Green points to a stronger reversal than red. 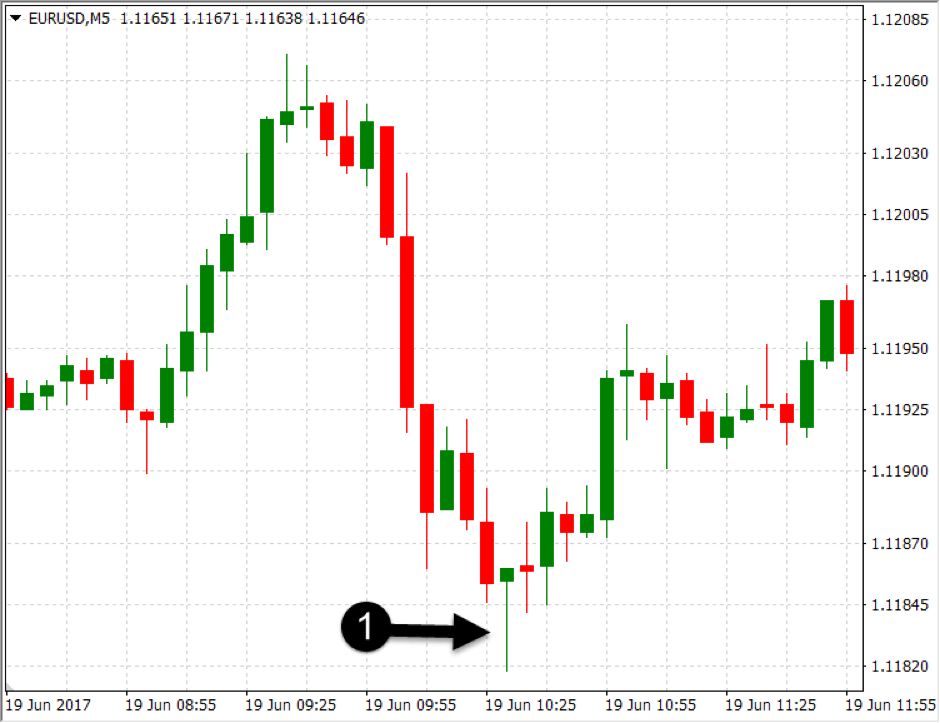 As the term suggests, this is a hammer turned upside down. The upper shadow is now longer than the lower shadow. If you see this pattern, you may expect the buyers to take over the market soon. The pressure to buy was followed by pressure to sell, but the latter was relatively weak.

It is a combination of a short red-bodied candlestick and a long green candle that engulfs it completely. You can see that the first day opened higher than the next one. The price is being pushed up, which means a win for buyers.

This pattern indicates a fading downtrend. It has three elements: two long candles (red on the left and green on the right), and a short candle between them. As a rule, there is a gap between it and the longer candlesticks. The morning star shows that the market is about to become bullish.

These patterns indicate the reversal of an uptrend. They show resistance. Here are four major types of bearish signal candlestick — learn more on the ForexTime site.

It is a hammer for sellers. The shape is identical, but the trend it forms on is upward. The pattern emerges following sizable selling action, showing that bullish players have pushed the price up. However, they are obviously losing control of the market.

It is the bearish equivalent of an inverted hammer. It is a red short-bodied candle with a long wick on top. Why is the pattern called this way? As a rule, the market opens slightly higher, reaches an intra-day high, and then falls back to just above its open. In a sense, it resembles a shooting star that rises high and falls to the ground. 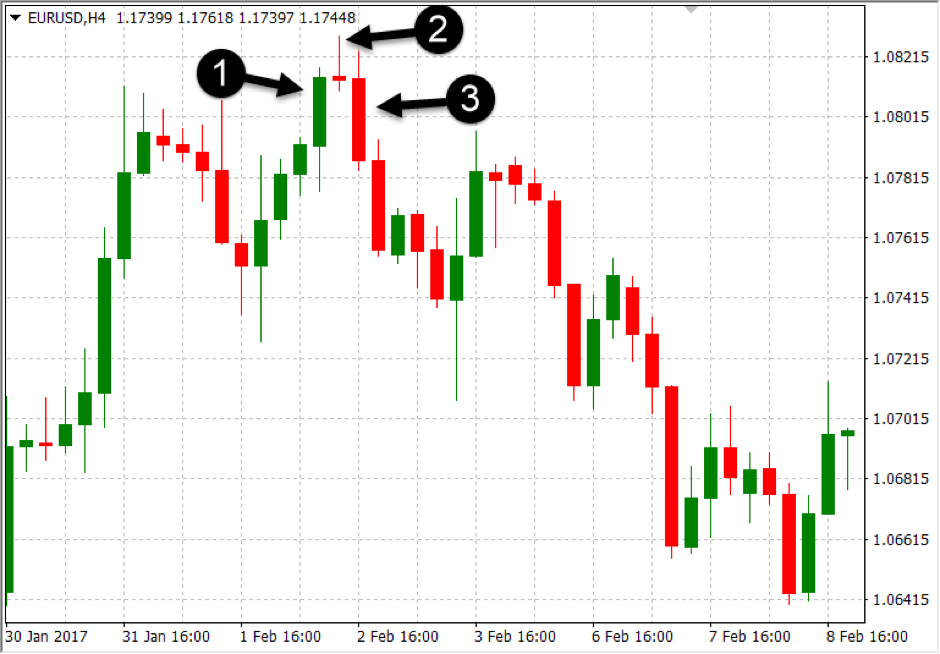 This pattern concludes an uptrend. The last candle is long and red. It is preceded by a green short-bodied candle which it engulfs. Like the bullish engulfing, it shows that a reversal is coming, but in a bullish market. The lower the red candlestick — the stronger the trend will be.

As you may guess, it is an inverted equivalent of the morning star. Between two long candles (the green on the left and the red on the right) there is a short candlestick. When the latter erases the gains of the first candle, reversal is especially strong.

How to Read Patterns

The best way to learn is through practice — i.e., entering and exiting positions based on these signals. In a demo account, your training is always risk-free, so take advantage of this opportunity.

A crucial thing to remember is that you will always need confirmation. Never rely on candlesticks alone — complement them with other forms of technical analysis. 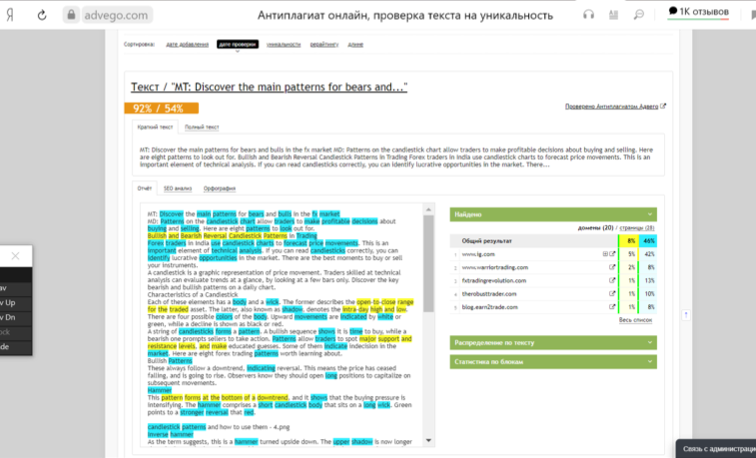 MT: Discover the main patterns for bears and bulls in the FX market MD: Patterns on the candlestick chart allow traders to make profitable decisions about buying and selling. Here are eight patterns to look out for.

Pregnant? All You Need To Know About Baby Kicks And When To Take Immediate Action

Can Dance And Movement Boost Your Mental Health? Here’s How!

Hollywood Or Bollywood, Women Get Less Representation In Movies, But Men Still Grumble

Businesses, It’s Time to Catch Up, Freelance Is The Future Of Work!