Diwali Is Only A Happy Diwali When Everyone Enjoys It!

When everyone chipped in to make the Diwali party a grand success, why were Shambhu and his wife the only ones not enjoying it?

When everyone chipped in to make the Diwali party a grand success, why were Shambhu and his wife the only ones not enjoying it?

“Alright guys, we have had a stupendous quarter. Congratulations to all of you. It was possible because of your efforts. And this calls for a grand celebration. So, we, the managing committee has decided to throw a small party and we want your family to be a part of it.”

Abhay, the brain behind The Smart Works, an AI-focused startup was proudly addressing his employees. “Neeta, see to it that the e-invitation reaches all the employees by the end of the day. Hmm. And I hope you have started exercising your grey cells to come up with some interesting family games.”

Could you work overtime and clean the office?

Neeta gave her boss a reassuring smile as they both entered his cabin. “Arey yaar, aren’t you instructing the office boys Mangesh and Shambhu to start with the Diwali cleaning? Look at the shabby blinds and those tiny cobwebs on the corners of the ceilings. Tell them to get going. The office will be hosting the party coming Friday. And look at the condition. I am planning to invite our investors too. Ask them to be serious about it.”

Their conversation came to a stall as they heard a knock on the door. 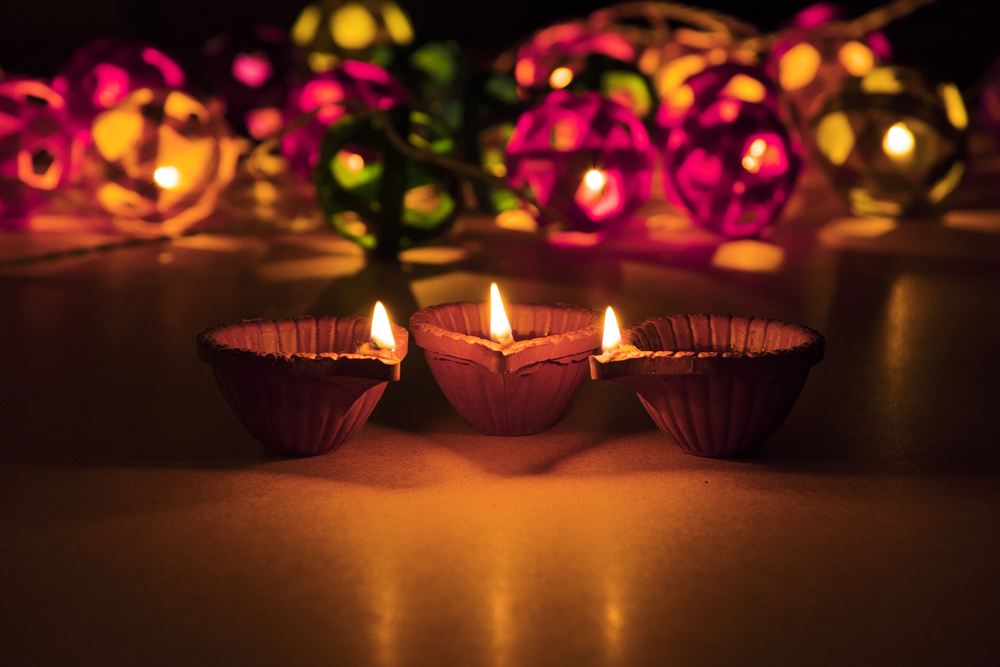 He was a middle-aged man with a medium built. “Saab, party mein hamari family ko bhi la sakte hain?” he asked Abhay innocently. (Sir, can we also get our families to the party?)

The office was squeaky clean

Abhay was enthralled to be welcomed by a spick and span office. Every nook and corner of the premises was shining like a freshly polished diamond. He greeted Shambhu and Mangesh with a genuine smile.

He entered his cabin giving a slight appreciative pat on Shambhu’s shoulder. “Saab, my daughter and wife will be very happy to come. My daughter constantly nudges me to bring her to the office.” Said Shambhu in excitement.

“I will also bring my fiancee” Mangesh’s voice was exuberant.

Neeta stepped into the cabin with Swapna and Pradeep who were helping her organise the event. “Well, sir, this is the menu we have decided upon. Of course, it is still to be finalized, waiting for your approval.” Pradeep showed him the printout.

“Hmm. It’s perfect to go ahead and place the order with the caterer. Please ask him to prepare for 100 people.”

“Neeta and Swapna, hope you have thought about the games we will play during the event. Also, I hope you have someone taking care of the Rangoli and Diya arrangements.”

“Yes, that’s already been taken care of,” Replied Neeta and Swapna in chorus.

“So, see you guys with your family on Friday.” Abhay addressed them with a warm smile on his face.

The party was finally on in full swing!

“Eee, watch your step!” Antara chided Abhimanyu just as he was about to stomp on her Rangoli. “Sorry,” he apologized and went ahead carrying the heavy load of Diwali gifts.

“Where are Shambhu and Mangesh! you don’t find them when you need them” He complained to Manit, as he put the tower of gifts on his desk.

“I think, they are busy decorating the conference room for the investors,” Manit replied.

The office looked bright and beautiful as a bride. There were pretty floral arrangements on one side while the other side was glittering with some jazzy lights. Soothing gazals massaged the eardrums of people working on their laptops. Everyone was dressed in their best traditional attire.

“Hey come on guys, the investors are here and soon our families will start arriving too,” Neeta informed her peers. The investors left after a good two-hour discussion with a broad and motivating smile on their face.

Now everyone was eagerly waiting for their families to join them. Very soon, the office was filled with happy chit chats, hugs and friendly bonding.

Abhay had his wife Manisha and daughter Mina along his side. Mina was a 5-year-old cherubic girl. She was involved with all the other kids in the games. Manisha was equally warm and hospitable with all the employees.

Mangesh and Shambhu were busy serving the crowd and supervising the catering staff. Soon, Mangesh’s fiancee came and so did Shambhu’s wife and his 8-year-old daughter Swati.

Mangesh took advantage of the crowd and slipped out of the scene with his fiancee. Shambhu continued attending to the crowd and took care of his daughter and wife whenever he could.

Why weren’t they enjoying, she wondered

Swati had an angelic smile on her face. She got busy playing with other kids, while her mother assisted her father in arranging gifts and serving. Suddenly, Swati’s face turned a bit gloomy.

She realised everyone was enjoying the party except her mom and dad. They were being treated like normal servants, not guests. She got slightly upset and joined them in their job. But she didn’t like the fact that her parents were made to feel out of place.

Abhay and Manisha who were busy entertaining the guests immediately observed the sudden change in the behaviour of the girl. Manisha conveyed something with her eyes to her husband. Abhay immediately understood the message and went towards Shambhu.

“Please enjoy the party just like others. We have caterer’s team taking care of the people. The party is possible just because I have some sincere employees like you,” Abhay told him.

Shambhu held both his palms together to acknowledge his boss’s appreciation. He was finally joined by his wife and daughter. This time Swati’s face was sparkling with a bright smile. She felt so proud of her father. He was appreciated for his work in front of so many of them. Manisha’s face had a content look as she held Abhay’s hands and enjoyed watching Mina play with Swati and other kids.

Author’s Note: For every child, their parents are their heroes. Children do not understand the disparities in economics and positions. They just know to love their parents and want everyone to give them equal respect and attention. This Diwali let us try to spread such sparkling smiles around us. Let us be a reason for the glitter in someone’s eyes. Have a bright, sparkling fun-filled and safe Diwali. Happy Diwali to all of you.

Diwali is about the festivities, the food, and the lights, yes. But more than anything, Diwali is about family - getting together and feeling that love in the very air. Diwali is about the festivities, the food, and the lights, yes. But more than anything, Diwali is about family – getting together and feeling that love in the very air.

The last quarter of the year has commenced, and may I say the best time of the year is officially here. With the onset of autumn, as deciduous trees begin to shed their leaves, people rise to a more hopeful year. The first chill and the smell in the air makes one nostalgic. While I don’t believe in waiting for a moment to embrace an opportunity, there are times I wait for, as with them come the memories.

Diwali for kids need not be boring just because you say no to crackers! Here is why we should encourage kids to celebrate a green Diwali. 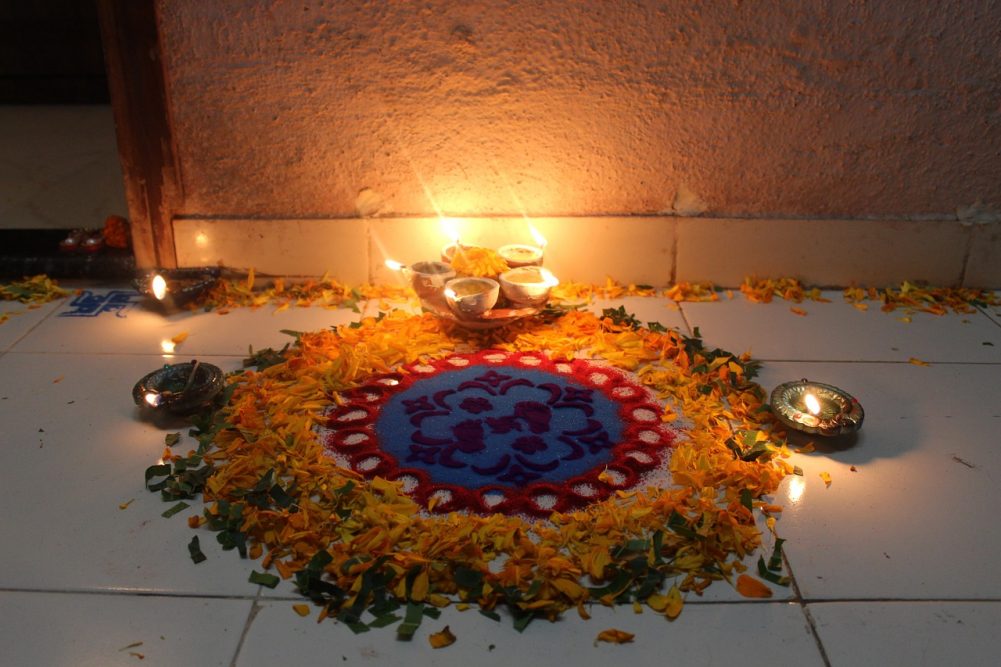 Diwali for kids need not be boring just because you say no to crackers! Here is why we should encourage kids to celebrate a green Diwali.

Diwali for kids is such an exciting time of the year, to fire some crackers and have fun! This reminded me of my childhood Diwali days.