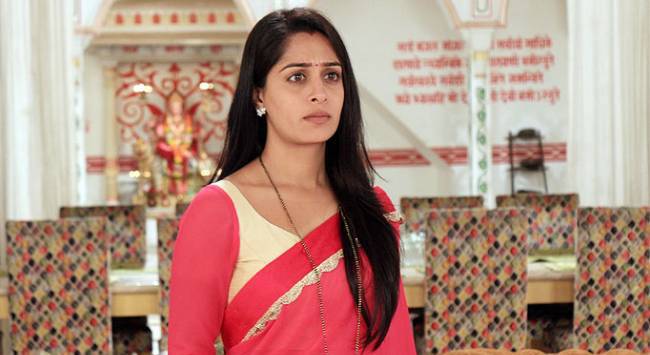 Four years ago, I got married and went from being a daughter to a daughter-in-law. And my life has not been the same ever since!

Four years ago I turned 25 and my parents were going crazy as they hadn’t been able to find me a groom. There were several marriage proposals coming in every single day. However, there was some criteria we all had and kept expecting to find someone who would fit that.

The guy shouldn’t be in the habit of smoking or drinking. He should be from the same caste as us and should belong to a well-established family. What he meant here was fame and not money. I come from a family where name and fame were more important than the money.

The boy should preferably be an only son, so I don’t have to go through what she did with my dad’s brothers and their wives. He should be well-settled, as in, have a house and a stable job. If possible, his parents shouldn’t follow the old ideologies like the DIL must always cover her head with a pallu or that a DIL wouldn’t be allowed to work.

The family shouldn’t taunt me for my dark skin, I know I am not pretty. They shouldn’t ask for dowry of any sort. I should be allowed to work even after I got married.

Finally, since I was onsite when my parents started going crazy, I asked them to inform the people that I was interested in working abroad. And that I would appreciate it if the guy, too, had similar interests. (I know, it sounds too far-fetched).

We found a guy and just like that, I was married!

I know you must be thinking this isn’t a shopping list that one can just go and get. But you know what’s interesting is that they actually found a guy like that – a nice, sweet guy who lived with his family. They matched our horoscopes and there was another surprise – 30 of our 36 qualities, according to the horoscope, matched!

Both the families were so happy that they didn’t want to wait at all. The discussion started and soon, we were married. I had spoken to him only four or five times before we got married and he seemed like a good guy. Since I hadn’t had any relationships before that, I had nothing to compare it with.

I also spoke to a a few friends and took their opinions. They all said the same thing, ‘It’s too fast, too soon.’ Though even I felt the same and tried to talk to my parents, they didn’t listen to me. They thought it was destiny that brought us together and thus, we got married.

We barely knew each other

I made a few mistakes. Here are some of them:

He is a good guy. It’s just that our frequencies don’t match. If I had spoken to him more or given this some time before agreeing to get married, we probably would never have been married. We matched our horoscopes but never our interests – they are poles apart. I don’t know how people say ‘opposites attract,’ because we start opposites and even four years later, I don’t see it.

We never discussed our finances. He had a house but was deeply in debt from a loan and I wasn’t aware of this till after one year of our marriage. I know you must be thinking he married me for money. But no, he isn’t like that. He just kept it all to himself.

We did not discuss old relationships, and since I never had any, it didn’t occur to me that he might have been in a serious one. On our first night, he told me he was in a serious relationship for the last two years with his colleague. And that she and her family met his family to discuss marriage. They did not go through with it because she didn’t want to stay with his mother after marriage.

My MIL controls everything in our lives!

I did not give it much thought until three months later when I shifted to his home after taking a transfer. By then, it was too late. His mother dictates everything in our lives. Everything.

Our honeymoon was planned one year after the marriage. However, it was cancelled because she had a dream that something bad would happen. This just one example.

You know everyone who came to meet my in-laws before the wedding said one thing. They’d said that my mother-in-law was weird but my parents didn’t give it much thought and I suffered the brunt.

All this distanced me from my own family too!

My parents had told my in-laws everything about all my savings and investments. That was a big mistake. My MIL and SILs kept taunting me about that money. And I have already spent more than half of it. I really wish I had invested it in a flat or something, instead of all this. But I am happy about one thing – my husband has never asked for any of it.

I am the eldest child who was pampered and at home, I handled all the paperwork for everyone. This included getting documents, filing tax returns and even handling my siblings’ bank accounts. After I got married, I asked my siblings to take it over but they didn’t want to.

They were happy with me taking care of it all but my MIL didn’t want me to. She said I gave more preference to my siblings than my husband and his family. My siblings didn’t understand it until they came to visit us. That was two years ago and they haven’t come back since. They are now extremely formal with my husband’s family.

Speaking of my family, in the last four years, I have hardly spent a total of twenty days at my parents’ house. Being the only DIL meant I have duties at home and it was also difficult to get frequent leaves at work. My siblings and I have always been close. We fight a lot but we have a bond that even our parents find difficult to understand.

My brother works abroad and comes home twice a year. Meanwhile, my sister is a government employee and she, too, visits twice a year. My job was closer so, I kept travelling home, at least once a month and my parents were used to having me around. And if I couldn’t visit them, they would come visit me.

Once, when I was working onsite, I couldn’t go home and it made my mum and grandmother very sad. We had a three and a half hour time difference but we talked daily, even if it was only for a minute. Now, it has been a week since I spoke to any of them.

Before I got married, I used be a workaholic simply because I stayed alone. So, whatever time I had, it was for work and the weekends were for me to chill out. I upgraded my profile, got an early promotion and an onsite before reaching 25. But now, four years later, I am still at the same stage. I still haven’t found the right balance.

I know it is hard to trust each other and to open up, especially in an arranged marriage, but you have to spend your life together. And it is important that you speak your hearts out.

I Am Not Against Arranged Marriages, I Just Don’t Want Anyone Going Through What I Did