When a woman dances, she is taken otherwise by our society. They think she is inviting. The patriarchal society often takes women dancing in full swing in another way. They indicate so by their sign of throwing money notes with their hand. Normally, it is done so in the courtesans’ palace. Is this right? The same is copied by men in get-togethers and parties. We normally do not get offended by this sign. But when men dance, do we take it that way? The question to be given a second thought. If we are aiming to transform society. Let’s do it in detail. Every damn thing about our patriarchal society needs change. We need to be treated equally in all respects.

Dancing is NOT an invitation

We like to have fun too and we might not be dancing in parties to attract men and invite them for sex. Women dancing in pubs and parties are often taken for granted and men take advantage and think it as an opportunity. Many women avoid social gatherings and parties because of this. They are scared of being judged as characterless by society. When I was a child, feared it too and this is very common in our society. Not every woman who likes to party is characterless. We deserve respect in all ways just like we do not judge men partying all the time. We consider them cool. Why aren’t women considered cool for the same thing? 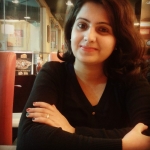 Dancing Your Way To Fitness. Try It Out And Reap The Benefits!