Malaika Arora has lived her life with dignity without caring what media says about her. Here’s a birthday tribute to her.

In an industry that prescribes a ‘shelf-life’ for its actresses, she has made contributions to cinema that cut across baseless barriers. With her resolve towards living life on her own terms and strong responses to media, here is why Malaika Arora shouldn’t be boiled down to just an ‘item girl’.

While Malaika is rightfully admired for her bodily aesthetic, the actress puts tremendous work into keeping fit.

Popular narrative and body shaming over stereotypes makes women feel obligated to starve themselves to find screen space in Bollywood. Malaika has, on many occasions talked about her diet and exercise regime based on balance and focus. The actress swears by different modes of workout and a healthy diet but also highlights the importance of indulgence and how overly restricting oneself can do harm. 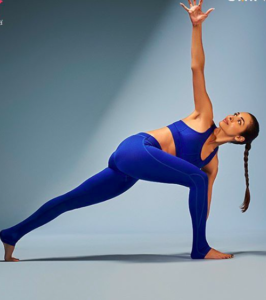 With her take on fitness and a physique that is an admirable result of the same, Malaika does make a statement. She is easily on the list of women that are looked up to in this area.

Malaika started off as a model making a place for herself in the fashion world and also hosting shows such as ‘MTVLoveline’ as a VJ on the channel. However, after making cameos in a few films her career highlights became her dance numbers.

One can’t talk about the actress without mentioning the dance moves and expressions that make each one of her songs iconic. Whether in Chhaiya Chhiaya, Mahi Ve, or Rangilo Maaro Dhol Na, Malaika has completely owned the screen with statement dance numbers of the 2000s.

While media may boil her down to an “item girl”, the scrutiny must extend beyond to include her skills as an entertainer. Right from Gur Naal Ishq Mitha to Pandey Ji, Malaika’s flare as a performer and dancer have painted the screen red.

However, the problem comes in where the actress is labelled an ‘item girl’, blatantly ignoring the skills, efforts and charisma. Her dance numbers are a display of skill, and a part of her work as an actress- they cannot be boiled down to an invitation for her to be sexualised.

As a woman in her forties, Malaika has often been told to “wear clothes according to her age”, “dress like a mother” and so on. With her strong responses, the actress has made it clear that what she chooses to wear or do is not any news channel’s business.

“I think the real problem is not age. Society finds a way to shame women throughout their lives. If you are a strong and independent woman, you become a soft target. People are still intimidated by opinionated, thinking working women and the best weapon they have is slander” says Malaika.

Wearing the charisma of a model-turned-actress, Malaika continues to wear red carpet looks that stun the audience, regardless of her age.

A personal life under media scrutiny

With Arbaaz Khan as her husband, Malaika’s personal life was easily flashed across news channels. This peaked during the period of her divorce. Being associated with a ‘big family’ in the industry has served as an invitation for the media to convert her personal decisions into TRP.

Adding on, the media has not been kind about the actress’s decision to be in a relationship with a younger man. Media has often offered unsolicited opinions, regressive headlines and baseless criticism aimed at the actress.

The actress strongly responds saying “Today I really don’t give a damn about people’s perceptions. Are you paying my bills? Why do I owe you an explanation?”

Malaika has handled this side-effect of her cinema career with an elegant, mindful approach.

Despite intrusions from media and private life made public, Malaika Arora has made it big in the industry. With her skill as a performer and the ability to handle baseless criticism, the actress deserves more than just an item girl label.

Malaika Arora Talks About Her Divorce: We Need This Openness In India

When Women ‘Belong’ To Salman Khan, Is The Industry Afraid To Speak Up?