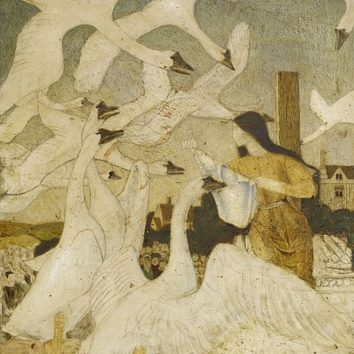 ” And then they lived happily ever after….”
“Oh no mama…..” protested my son. ” This is really boring!!! ”
GenNext’s reaction to fairy tales.
” Thus, the tortoise reaches the finishing line and wins the race.”
Maybe this will give him a good, peaceful sleep.
But no, the intellectual monster refuses to accept this Aesopica.
” The teacher will scold me if I write slowly. Forget me winning it. ”
Highly disappointed by my storytelling skills, the lost son rumbles in his sheets.

Is this Kahaani Ghar Ghar ki? Or atleast Har bedtime story ki? I remember enjoying my night time bonding with my mother over sour grapes and greedy dog. Aesops fables or Aesopica as they call it were written by a Greek servant Aesop. Here on, there have been many versions and translations of it by many authors. The original compilation is said to have 725 stories. The stories are animal fables enabling the four paws to preach words of wisdom. This was one of a kind literature attempted in the 2nd or 3rd B. C. which has a close resemblance to our very own Panchtantra.
As the son refuses to accept the traditional roti sabji, I need to make a veggie cottage cheese wrap out of it. Blend the traditional values in the smoothie of modern twist. So here are my own Five Twisty Tales. Original inspiration taken from Aesop fables.

1) HARE AND TORTOISE
The Hare won the race as it had lots of fresh carrots( remember they are healthy) whereas the Tortoise realised it should compete within its species. Infact it need not compete with others. It is self-sufficient.

2) THE FOX AND THE GRAPES
The fox accepted that inspite of genuine jumping, the grapes were out of its reach. So instead of making further futile efforts and dying of a hunger, he proceeded in search of food.

3) THE THIRSTY CROW
The crow found a straw and ditched the time consuming pebble method to quench his thirst. He chose to do SMART work over DONKEY work.

4) THE HONEST WOODCUTTER
The woodcutter realised how it feels to lose something after his axe feel in water. Thus, he gave up cutting of trees which harms our environment and made efforts to plant new trees.

5) THE ANT AND THE GRASSHOPPER
As the grasshopper was breathing his last, the ants took mercy on him and allowed him to fest on their humble tit bits. But the following summer, they incorporated him in their team and saw to it that he collects his own hibernation feed.

If you like my TWISTY TALES, help me build up more. If not then, help me find better substitutes. In both the scenarios, OUR CHILDREN WIN.

Consultating Homoeopathic physician and an edupreneuer by profession. Writing is my second nature, being a

Oh Joe, My Love, You’ve Forgotten Your Dame In Light Of Your Fame!

The Indian Bahu: No Identity Without Her Husband, No Life Support Guarantee Without Her Son