No matter how educated or accomplished a woman is, her life goal, according to society is to have a baby. Can't she choose not to be a mom?

No matter how educated or accomplished a woman is, her life goal, according to society is to have a baby. Can’t she choose not to be a mom?

‘How long have you been married?’ ‘No kids yet?’ ‘Let me suggest a few good gynaecologists who can help with your situation.’ A married Indian woman can never evade these questions, no matter how smart or successful she is. It doesn’t matter if you are an entrepreneur, a doctor, an engineer, or a scientist. Unless you are a mother of at least one kid, your womanhood is socially under crisis.

I am married and it will be a blatant lie if I tell you that no one has ever advised me on motherhood. If I ever get nauseous or dizzy, the first question I will have to encounter is, ‘Are you expecting?’

What if I just don’t want a kid?

I might be dying and all people care about is if I am carrying a life inside me. Being a traditional Indian woman, I just shake my head in denial and give them an awkward smile. To make matters worse, they reply, ‘It’s okay my dear, there is still time for you to try’ (As if I am waiting to be consoled!)

What if I don’t want a kid? And what if I just want to build my career and the prospect of having a baby is not in my bucket list right now? What if it’s never on my list?

If you think being a mother is the ultimate definition of a woman, I know that I cease to exist. To be honest, it is not in my scheme of things to make myself ‘likeable’ using the trump card of motherhood. However, like I said, I am a part of the Indian culture where I must not react even if I don’t like the snarky comments of the society.

There are women who love being moms, and that’s great!

I will not generalise my views of being a mother. And I know a lot of people who crave and relish motherhood. From their point of view, motherhood completes them. I am not going to disagree or debate with them on this. If having a baby gives meaning to their life, I am happy for them. On the contrary, they will not accept if someone tells them that raising kids doesn’t seem to be appealing to that person.

With the social changes happening across the world, society seems to have started modifying their unwritten rules. The societal managers claim to be in sync with the thoughts of the new generation. If that’s true, why is the choice to be or not to be a mother a taboo topic for us? Often, I feel quite disappointed when I find all the achievements of a woman being rated based on how well she raises her kids.

I really don’t want to talk about being a mother!

No matter how progressive the society claims to be, a woman still has to cope with a lot of bitterness and judgemental stares. It is surprising that even some of the women from my generation are mostly interested in talking about pregnancy and children. Hence, I always feel left out in almost all the discussions, which in turn, helps grow the introvert in me.

I can talk nineteen to the dozen about my passion to be a writer or my work at any time of the day. However, the number of sympathetic eyes focusing on me often dulls my excitement.

There are times when I question my insensitivity towards motherhood. I have also doubted if there is something wrong with me. That is when I realised how this dogmatic society is trying to toy with my views on life.

A child is not the solution to your marital problems!

We live in a society where people have a single solution for all your marital problems – getting pregnant is the answer to all your issues. This surprises me to the core as I never had a happy childhood myself.

I am sure having two daughters did not bring any major changes to my complicated family. Being raised in a violent environment has only made me an emotionally detached and skeptical individual. However, it sure made me as pragmatic as one can be about life. It has equipped me to face the tough moments in my life with elan.

This is one of the few instances when I realised how wrong our society can be. Will we ever realize that a problem cannot be tackled with the coos of a baby? I have also seen many career-oriented women yearn for success. Instead of applauding them, what do we do? We appreciate her saying that her kids will be proud to have her in their life or disgrace her womanhood based on her lack of interest to be a mother.

It doesn’t matter in which century we live in. We are still part of the patriarchal society, where the trophy of success will always be handed over to men, and not women.

Let women script their own lives?

The only times a woman’s achievements are highlighted are either on Women’s Day or Mother’s Day. If the news of a mother murdering her kid is not an eye-opener for us, I doubt if anything else will ever make a difference.

Time has come for everyone to understand that motherhood is not the keystone to evaluate womanhood. It is high time that we stop glorifying motherhood while detesting those who refuse to embrace parenthood.

Isn’t it important to understand that everyone has their own perspectives and dreams in life? Both men and women are entitled to experience life to the fullest without forcing a baby into their lives.

When we allow men to script their lives on their own terms, let’s do the same for women as well. Give them every opportunity to chase their dreams and reap successes. Let motherhood also be a choice they have every right to make. 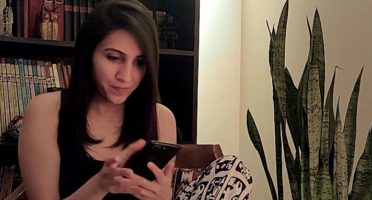 Are We So Insecure That Only A Name Change On Social Media Shows Your Marital Commitment?