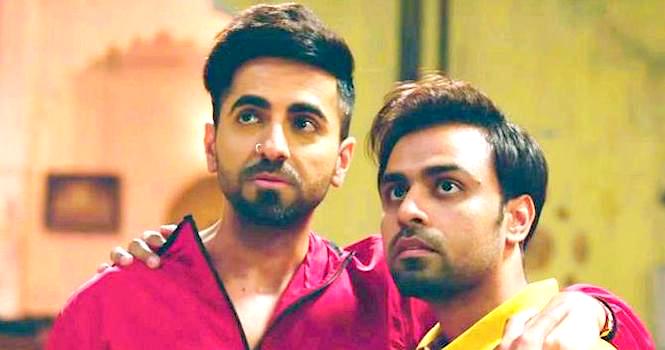 A Drunken Night, A Fist To The Face And A Lot Of Drama That’s When Karan Met Arjun!

Naina was drunk that night and as Arjun tried to take her home, someone labelled him an assailant and almost got into a fight. But then…

“Naina! Naina!” Arjun was tapping her cheeks to wake her up. Perceiving no response, he smacked her face lightly but in return, and got a tight slap on his wrist by a still unconscious Naina.

“Sh*t, Naina! That hurt! Why did you hit me! And what are you doing here, alone like this?”

Arjun already knew the answer to the first part of his query – she was cross-eyed drunk and slumped on the bar top. Clearly, she had had a fun night, drinking like a fish  by the looks of it, thought Arjun.

He tried again but failed

He helped her to sit up in vain attempt to get her back to senses but the plan backfired. An inebriated Naina started protesting his helping hand, “NO! I don’t want to go! Leave me!”

Before Arjun could explain his actions and avoid being labelled an assailant by the whole bar, someone roughly yanked him by his collar. And shoved him away from Naina and shoved him against the bar top.

“Get the ‘fruiting’ away from her! How dare you touch her? People like you are the reason, girls don’t feel safe in this city anymore.”

“What the ‘fudge’?! Dude, hands off me and watch your ignorant mouth. I was just trying to help her. She is my colleague from work. I just happened to see her alone in this state on my way out,” Arjun tried to explain himself.

He tried to control his temper in vain

He tried very hard to control his temper at the unfair accusation. Seeing as the other guy was a bit drunk too and was starting to realise that he had got himself into a muddy mess.

“Alone? So, you thought you had a chance with her? Thought you could easily lure her into your trap? You sicken me!”

Arjun face-palmed himself as all his predictions about the mess he had entered, seemed to be coming true. He took a deep breathe to control his rising anger towards the undeserved situation since unlike the other two, he wasn’t drunk.

Then, he calmly responded to the other guy, “Dude, you are totally misunderstanding. I was just trying to help her. We work in the same office. I came here with my teammates, who unfortunately have left for their homes after our farewell party ended. Even I was on my way home when I saw her sleeping here and was just trying to ask if she needed help. I AM NOT AT ALL INTERESTED IN HER IN ANY WAY.”

As the fight got serious, Arjun couldn’t control his temper

“What do you mean by not interested, huh? Let me tell you, mister offender, even though she can be dumb sometimes, she is a very good person, you have to look very deep inside though. There is no one like her, you will be lucky to have her. I won’t stand here and listen to you insulting my girl anymore.”

“What the heck is wrong with you? Are you now seriously trying to set me up with her? How drunk are you to spew all this nonsense? And who are you? How do I trust your drunken words and leave her here with you? You could be anyone, pretending to know her.”

“Wow! Nice going, everyone clap please! Now that your plan didn’t work, you are putting it on me. I don’t have to prove anything to you. Don’t you dare to even look at her. I will never hand her over to a scumbag like you!”

Arjun’s anger boiled over and he shouted out in frustration, “I AM GAY! OKAY! I don’t want to hook up with her. And I was just trying to help her but clearly, I was in the wrong here. Oh, I don’t care anymore, I am leaving.”

And a silence followed him

Arjun turned on his heels to leave the place when he suddenly became aware of the pin-drop silence that seemed to have enveloped the whole bar, following his loud confession. Major embarrassment setting in every ticking second, Arjun realised he had just come out of the closet in a crowded bar. One that he frequented almost every alternate day.

The announcement wasn’t a news to him, he had known long ago but the coming out part wasn’t what he had expected it to be. May be a one-line message to his family and close friends but never a declaration in front of a room full of strangers.

Rooted to the spot in extreme shock with tears slowly forming at the base of his eyes, Arjun was about to walk away when a hand held him back. It was that same insulting guy’s.

And he hit him!

“You are planning to just leave? Naina and I are super drunk right now, the least you could do as her very close colleague is to get us home safely. Out of humanity, you know?”

Arjun stopped his fist in time from crushing the other guy’s jaw. He chose to be the better person here and also, he didn’t trust leaving Naina with this blathering lunatic.

Hence, he replied through gritted teeth, “Fine. This has already been a very bad day for me.”

“To be clear though, I still don’t trust you. I just can’t drive in this condition so I’m stooping this low to ask your help.”

All of Arjun’s previous resolve to be the good guy went out of the window as he punched the daylights out of the other guy.

Oh the irony of the night!

“So, as you can deduce from the story, I was the beautiful cupid who brought them together. They should fall at my feet and thank me for getting dead drunk that day. While I was passed out from drinking my head off after getting my heart broken by that two-timing a****le of a boyfriend, these two were busy weaving their own love story. The irony.”

“Clearly, you don’t remember a thing from that fateful night, huh, Naina?” commented Arjun after listening to her absurd toast at his wedding. He gave an exasperated look to Karan, the ‘everything‘ of his life now. May be, he should thank Naina, after all.

Karan spoke to Naina, “Naina, you are my best friend but I won’t hesitate to drag you out of this hall if you continue to ramble about that night from two years ago. That night was the single most embarrassing moment of my entire life as it should be for you too. You rolling on streets in your own vomit, with me tagging along and Arjun here, dragging us all the way to his home. Well, you were just too drunk to remember anything.”

“I regretted not taking a video of you two and your antics, we could have played it here for the laughs,” Arjun said, laughing out loud.

“Yeah, yeah! But the bottom line is that the first night we spent at your home paved the path to your relationship. So, I’m claiming my cupid certificate. Everyone, before they throw me out, let’s raise your glasses to the best couple I know and to the love that makes me go weak in my knees and question all my love choices. Cheers!” 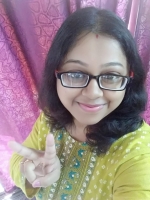 Loves words and hence loves reading and writing. Has worked with renowned MNCs as data

If He Can Have An Affair, Why Can’t I?