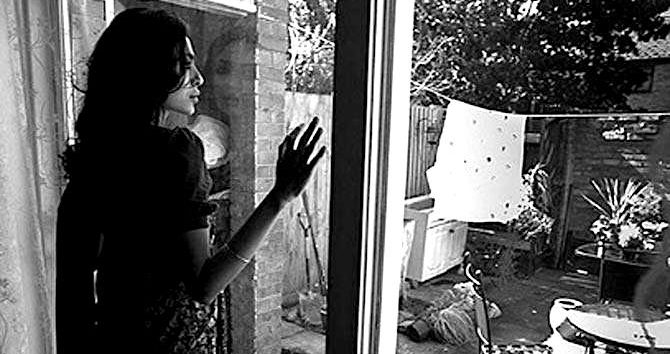 The Word Of The Year May Be ‘Quarantine’ But The Concept Has Existed For A Long Long Time!

Quarantine is not a new word for us. We have been putting people in isolation for some time now, right from pregnant women to some gods!

‘Mummy, when daddy comes home, will be quarantined?’ asked my five-year-old. And before I could respond, the eleven-year-old chipped in, ‘Yes. For 14 days, in another room.’

‘How do I hug him?’ wailed the younger one.

‘That has to wait,’ informed the big brother.

The word ‘quarantine’ has gained a lot of popularity. And thanks to the virus, everyone, from a child to the elderly, is aware of the word. People traveling from one state to another are quarantined.

Word of the year – quarantine

Quarantine a much-dreaded – word, scary enough to send people fleeing. It’s enough to convince errant adolescents to give in to their mother’s ways. And is also an effective tool to force people into submission. Such is the power of the word.

Thesaurus defines quarantine as ‘strict isolation imposed to prevent the spread of disease.’ The synonyms for this word are many – detention, isolation, reclusion, imprisonment, seal, seclude, sequestrate, solitude.

It is for the safety of the particular individual and for those around him that this practice is implemented. And usually involves keeping the concerned person away from others for the fear of contracting or spreading an infection or a disease to people around him.

If we look at our socio-cultural history, the word is not new. For years we, we have been practicing social quarantine.

The most common quarantine in earlier times was during the post-partum phase. As the pregnant woman neared her delivery date, a make-shift structure would be built outside the main house. Known as ‘antur-ghor’ in Bengali, it was a labor room.

As soon as the mother started experiencing contractions, she would be shifted there. The mother and child would remain there for the next twenty-one days. This period varied depending upon the societal norms.

The confinement kept the duo away from prying eyes, helped them develop a bond and also protected them from infections. Very few people were allowed entry. Even the husband was barred.

This was also the period when the mother would begin menstruating. Quarantine ensured that by the twenty-first day, the mother would be free of the ‘impurity.’ Each and every item in the labour room was thoroughly sterilised. Cow dung cakes were supposedly the best disinfectant.

At the end of the quarantine, the duo would be given a thorough bath in turmeric, sprayed with Ganga Jal and sit down for a Puja. The puja would be in reverence to the reigning deity, Shashthi – the Goddess of fertility. And the end of the twenty-one day period was marked with feast and festivities.

Small Pox was a scourge at one point of time. Highly contagious and painful, fatalities were high. The afflicted would be kept in isolation for a period of twenty-one days. Only one member of the household was allowed in.

Coats of turmeric was applied on the boils. Neem sticks and leaves came handy for the scaly, itchy boils. Diet was light, devoid of spices and oil. Bed linen was changed regularly and washed separately. That was quarantine during those times and still continues if one contracts the Pox.

Tuberculosis is considered to be contagious as well. In reality, unless a person has active TB, he or she is not a risk. But the stigma has led to social isolation and exclusion of individuals.

Unfortunately, isolation also leads to social exclusion. The diagnosis of TB leads to branding the patient, withdrawing from social interaction and alienation from social fabric. Thus giving a rise to widespread psycho-social issues.

Tuberculosis has also been associated with poverty and marginalised communities. Termed as a poor man’s disease, it is accompanied by widespread ostracisation, often banning such patients from the social circuit.

The only difference in TB from other cases is the lack of the human element. There is no sympathy or social obligation here. A TB patient has to live in constant fear and guilt, the fear of death and loneliness and the guilt of infecting their loved ones.

Every time a virus makes an entry, it causes widespread panic. ‘The virus is in the air,’ is how an alert is sounded. People refrain from socialising and avoid public places. Those suffering from the virus remain cooped indoors and in isolation lest they spread it to their family and friends.

If we look at our rituals, an important festival is that of Lord Jagannath’s Snan Yatra (the bathing festival) in Puri, Orissa. The Lord and his siblings, Balaram and Subhadra, tired of the oppressive heat step out for a grand bath every year in the month of June.

This indulgent bath ceremony is witnessed by thousands of devotees who also take turns in giving the holy trio a bath. Some of them even store away the holy water in which the trio has bathed. It supposedly has magical properties.

After the completion of the ritual, the trio is said to suffer from high fever and are checked by the Vaidyas (doctors) And are administered potions and kept isolated in chambers. No one is allowed to meet them except the Vaidyas.

After fifteen days, the Lord and his siblings recover and are taken for a ride in specially designed chariots. One of the biggest festivals, Rathayatra is celebrated with great pomp and show.

COVID-19 and the quarantine today

Although, quarantine has its roots in our socio-cultural history, stigma has been devised by man. And COVID-19 has shown the worst face of humanity.

Labelling a person, followed by drawing stereotypes, it’s a discriminatory affair. It isolates the individual, leading to loss of status, power, privilege and social ranking.

The social prejudices created generate hostility, breed chaos and confusion in the minds of everyone. This leads to anger against the victim, and often even abandonment.

Well, it is the fear which compels men to act this way. It is the fear of the relatively new and unknown virus which has been wreaking havoc across the world. Adding to this is the lack of information which has created myths and superstitions regarding the virus.

It’s time we learnt from our past

In a bid to quarantine the patient, man has served to disrupt the social fabric. People are not just scared of the virus, but of the consequences as well. They are hesitant to declare and have resorted to hiding themselves, leading to lack of medical treatment and higher number of fatalities. The number of infected people killing themselves is also on the rise

Our history shows us enough cases of established norms and rituals regarding containment. It also serves to prove how people have lent a helping hand to each other to mitigate the virus. And it is high time we learn from our past. It is time we join hands and fight the virus together. Isolation is important but not at the cost of mental health.

Support in the form of dissemination of accurate information and helping the affected people to heal and cope is the only way out. Sympathy and empathy is the key to achieving this.

Dr Saniya Khan: My Story Of A 14-Day Quarantine On Coming Back From A Gulf Country

If Manipur Can Set Up Quarantine Facilities Sensitive To Transgender Needs, Why Can’t Other States?

The Isolation & Fatigue You Talk About During The Quarantine Is What Every New Mom Goes Through!

Why I Have Plenty Of Entertainment While In Social Isolation – You Think I’m Joking?