Why I Have A Problem With The Term ‘Strong Woman’

In a sexist society, it is abundantly clear how strong women are. But, women shouldn’t need to have this kind of strength!

When a talented designer who loved her work left her job because her well-to-do husband and his family didn’t want her to continue working, I asked her why she couldn’t hold her ground and tell them what her work meant to her.

She responded, “You’re a strong woman. I am not.” I hear this so often that the term ‘strong woman’ makes me cringe. Why is living one’s life on their own terms considered to be an exceptional virtue?

Who is a strong woman?

A strong woman, according to common wisdom, is a unique phenomenon.

In short, a strong woman possesses superhuman capabilities. She is the one who has faced all odds and attained something that other women cannot. This isn’t applauding or celebrating women, it is a means to justify internalised sexism.

It singles out certain women and sets them as an example to say, “Everything’s alright with the system, you’re not strong enough to get what you deserve”. This narrative is hardwired in women’s psyche to such an extent that simple things become unattainable goals for them.

The concept of a strong woman creates toxic femininity

‘Well-behaved women seldom create history’. This phrase has always perplexed me. Who sets the standards on good behaviour for a woman?

A woman who breaks strictly defined gender roles and chooses to live her life the way she pleases is not well-behaved. One doesn’t even need to break any rules; just sit with your legs apart and you’d fall in the ‘spoilt’ women category. Or cut your hair short and you’d be considered ‘different’ from the normal, well-behaved women. This is the creation of toxic femininity.

Toxic femininity is the female tendency to uphold the feminine values that our patriarchal society has taught us. It directs women to accept domination for survival. The stereotypical feminine traits include submission, sensuality, kindness, patience, tenderness and empathy. Contrary to this, when a woman follows her impulses instead of fitting into the cultural stereotype, she breaks into the masculine territory which translates to strength.

Of course, being strong doesn’t come easy and it requires flouting norms and rules. It is a perception that strong women are badass, that they openly express desire, voice their opinions, and refuse to conform to standards set by others. This earns them the labels of crazy or slut. You’d have heard a female colleague say about another female who recently got a huge promotion, ‘She must have slept with her boss’. This high-achieving strong female has to be a slut, in the common perception.

Being strong also has another downfall to it – suffer in silence because you are strong. I have witnessed financially independent women suffer physical and emotional abuse at the hands of their spouses because they have to be strong for their kid(s).

Use the feminine strength to create and not conform

‘Strong woman’ is a ploy used to add to the existing pressure that women have to live with. Instead of using the strength to adjust to sexism, such societal standards should be questioned. Instead of celebrating women’s strength to survive violence and sexist culture, we should be calling it out.

With everything that a woman has to live in this society, it is abundantly clear how strong they are. I just hope we could create an environment where women could use their strength and abilities to create the life they want, instead of wasting it on fighting for every little thing.

I wish for that day when we don’t need to be this strong.

Photo by Sydney Sims on Unsplash 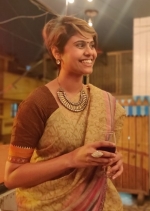 Kangana Is A Witch. As Is Every Strong Woman I Know.

Everyday Women Who Inspire Me