My Husband May Not Be The ‘Ideal’ One But He Definitely Is My King Who Treats Me As An Equal Partner!

He followed his own set of norms. In his world, there are no weak and strong teams. Both are on par. They’re both equal and follow the same rules.

They say marriage is a union of two souls. Souls which are categorised into two segments by our great society. The stronger one, the ‘male‘ to earn the bread for the family, manage finances, and take decisions. Meanwhile, the weaker one, the ‘female‘ cooks, cleans, bears and raises kids.

And with a similar expectation I entered the marital door, but there, I witnessed a different kingdom altogether. The king in the house had ditched the society and created a world of his own. He followed his own set of norms. In his world, there are no weak and strong teams. Both are on par.

They’re both together and both are strong

The king in his kingdom is strong, but the queen isn’t weak either. She has the freedom to build her career and decide on the baby part when she’s ready. And she has help at home to aid her in domestic chores and cooking, as after a hectic day at work she doesn’t feel like spending time in the kitchen. Whoever is home earlier, greets the other with a glass of water at the door.

The man knows how to cook, he irons his clothes himself and treats his working wife no less than him. On some Sundays, he plays the chef, tossing omelettes and fidgeting with spaghetti when the princess in the house demands it. He even pampers wifey with a strong cup of tea (just the way she likes it) when the unending office calls ruin her evenings.

The queen spends her money the way she wants. Both save and plan for their future, but she is never asked to explain her expenses. Since the king is not very social, the queen has her own set of friends and socialises the way she wants. The king never interrogates her plans and joins her when in the mood.

Definitely, the king is not the ideal husband. He, too, has his own set of flaws. However, the simple ways in which he imparts respect and equality to his better half, makes him the real king – the king of my heart!

The society may find this unreal and unmanly (zoru ka gulam, they say in Hindi) but this is how it is for him. In his kingdom both the husband and wife share the throne of equality and rule their kingdom together.

There are certain tasks that a woman can do better and some that a man can. But there are also some tasks that both of them can achieve. So let’s amend the rules a little and stop segregating all jobs based on gender.

Most of the time, woman first need to fight the Gods of inequality (husbands, fathers, brothers), before we face the outer world. A hi-five to the few men there, who stand by their woman as the same team. Guys, you are the reason we smile. 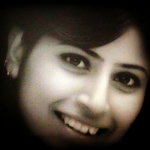 Storyteller, Dreamer, Blogger. Loves to pen down the musings of my life and the surrounding

How A Patriarchal Society Doesn’t Understand What The Millennial Woman Wants!