Where The Women Are “LESS” ?

It’s been since time unknown, we are debating who is stronger, powerful, capable etc between men and women. This is a worthless cold war.

Reality is, it’s hard for some people to understand, BOTH ARE EQUAL.

Yet today women are under the domination of men. They are still unable to rise from the bog of male world where men are the rulers.

The myth behind “She” and “He”

I read it somewhere, SHE has HE in it, hence women are incomplete without men but it can be other way round too, HE is taken from SHE, so men too are incomplete without women. So conclusion states, both are dependent on each other.Then why the male predominates? Why they get the privilege to decide what they want to do and women are questioned when they do the same?

Talking about the present scenario, women are equally fighting as front liners, be it in the hospitals to treat the needy, or going in to the hot spot areas to collect the samples, from maintaining the household in this difficult time to cleaning your city without a holiday. Yes, women are everywhere sometimes like a hidden angel guarding you or like a superwomen fighting for you.

80% of health care workers are women. (According to the U.S. Bureau of Labor Statistics)

95% domestic cleaners and helpers are women.

Minal Dakahve Bhonsle  (a virologist) , who created the first corona virus testing kit is a woman.

The countries most affected by the pandemic are the one headed by men – USA, Brazil, Russia, Spain, the United Kingdom, Ital , France and India

The countries that are recognized as having managed the crisis best are the ones headed by women – Germany, Taiwan, New Zealand.

The list may go on and on, because the contribution of women to the society is no “LESS” than men still she suffers lower status , low pay, and often, unpaid roles, facing the harsh realities of gender bias and harassment.

Data collected from a webinar on “COVID 19 and Gender Dynamics by CUK” and Google. 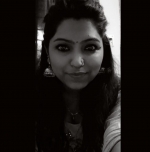 A Writer by heart and Doctor by profession, love starting the day with language and

Without More Women In The Workforce, India Becoming A $10 Trillion Economy Is Only A Dream