Sushant Singh Rajput’s death has brought the star kids of the industry under the ire of the audience and the hate that Alia Bhatt’s Sadak 2 has got is the latest addition to the ongoing mud-slinging and the circus that has been created out of the man’s death.

First of all, harassing someone or a few individuals just because they happen to be the sons/daughters of the so-and-sos of the film industry, does not qualify as revolution. It falls under bullying. It is ironical that people are bullying star kids while standing against the alleged bullying that Sushant Singh Rajput faced, when they themselves as audience have been giving star kids the lime light that they get, due to which 3 year old infants become Internet sensations just by existing.

I remember, when Sadak 2’s poster was shared by Alia Bhatt (who had limited her comments section to avoid hate), a lot of people (read, extremely intelligent keyboard warriors) roared at the top of their lungs that they would be boycotting the film and all other films of the star kids and promote the films of outsiders, conveniently forgetting that a film does not just comprise only of actors but also of a lot of people who have worked behind the screen.

Anyway, the consequence of the so called boycott was:

While this so-called boycotting of the film continues…

…another film which happens to have outsiders also released recently. The audience promoted it to death and the trailer got a whopping 11M views which is less than the number of dislikes that Sadak 2 got and not even 1M likes. So much efforts for promises to promote outsiders! All that happened was bullying of insiders and the hypocrisy of the Indian audience getting exposed.

End of nepotism? No.

Making a circus of a man’s death? Of course.

This wasn’t the first time. How many of us have watched Hacked or the recently released Avirodh which does not have a star cast and has outsiders as stars? Why will outsiders be cast in films if the films don’t bring in good collections? Why won’t star kids be cast if their films mint 100 crores at the box office?

Boycotting Sadak 2, will not be of any help nor will abusing star kids work, if the films of outsiders are not watched and if the trailers of star kids get a whopping 71M views. The boycott chant only adds to the publicity of a film and as long as a film mints money through its views on its trailers, ratings or criticism won’t matter. Star kids will be hired again and again.

The issue is not about nepotism, it’s about outsiders struggling to make money at the box office and it’s about the alleged bullying that takes place with outsiders. Talent needs to be seen on the screen, star kid or commoner, it doesn’t matter. Sadak 2 didn’t change anything because the trailer of Khuda Hafiz got just a fraction of views of Sadak 2‘s trailer. Besides, Mukesh Bhatt’s film has been paid for by Hotstar already.

At the end of the day, good content and acting skills alone matter. If an outsider can’t act well, don’t watch his/her movies. If a star kid can act well, watch his/her movies. People without talent should not be given a chance. You want to boycott a movie because you have decided that the people in it, have killed your favourite actor? Go ahead with it. Don’t watch the trailer then, just to dislike it and increase its views  and make it trend at 1st place for days. Don’t ask for a CBI probe, just tell them that you can solve the case yourself on TV and stick to a narrative. Decide whether it’s nepotism or Rhea Chakraborty, whether it’s suicide or murder and whether you really want justice or you want to take out your lockdown and pandemic frustrations on social media while making other people scapegoats.

The number of people who have claimed to be a dead actor’s fan, would have been of more service to him if they had watched his films when he lived – his films like Raabta, Sonchiriya and Drive which flopped and others that could not reach the target they deserved. If this is his fanbase, then it’s a mystery why his films never minted 600 crores at the box office, since everyone now claims to be his fan.

You still want to boycott? Fine, boycott the hypocrisy that lies in you.

And yes, do watch Khuda Hafiz. The next time you want to boycott a film, ensure that it has zero likes, zero shares, zero views and zero comments and make little to no noise about the film, so that it does not get so much publicity. 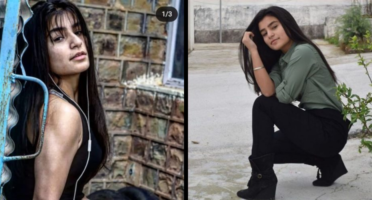 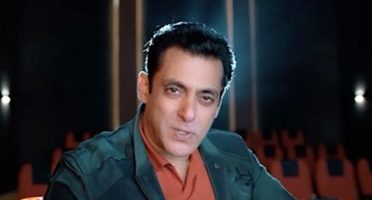 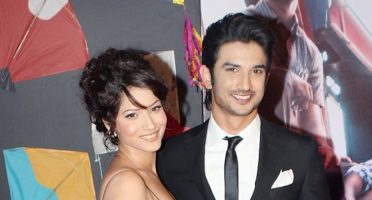 Why 'Sushant Singh Paying Ankita's EMI' Shouldn't Be Considered A Topic Of Discussion!