The Lockdown Has Left A Lot Of Women With ‘Available’ But Inaccessible Support From Their Families!

There are people around us, who perceive themselves as a burden on their family and friends. They don’t think they’ll ever be a priority to anyone.

You: I don’t fit in with the crowd.

Family: It isn’t crowd, it is family.

The Coronavirus pandemic has left everyone isolated in their unique way. For some, isolation is withdrawal from friends. Meanwhile, for others, it is isolation within a home.

There is a third category, people with mental health conditions, who have been experiencing loneliness much before the pandemic. The pandemic has changed nothing for such individuals because the loneliness persists.

They are told to look past it

There are people around us, who perceive themselves as a burden on their family and friends. They don’t think they’ll ever be a priority to anyone. Interestingly, they’re often advised to look past this feeling. At times, it isn’t a feeling, it is the reality!

She felt, as a daughter she wasn’t good enough to be loved. And perceived herself as an outsider in the family. It felt she never had anything to contribute to the family decisions and conversations. Popular topics of conversation included discussing luxurious brands, expensive trips or famous alcohol.

Instead, she wanted to share about the economic crisis of the country, domestication of women, and her feelings. She was literate, educated, and well-equipped to deliver lectures across the globe. But it was destined for her to act submissive, nurturant, ignorant, and woman-like.

She felt imprisoned in an invisible jail

In a Punjabi family, conversations begin and end with profane words. It was, however, only for the men to do so. If women use cuss words, it is seen as disrespectful. Ironically, men calling out each other using female genitals is not ill-mannered.

It felt imprisonment with invisible bars on her, which were difficult to break free of. Similarly, she strongly felt women are treated unequally. But she did not argue to be empowered.

She felt women give birth, which by default makes them superior sex. And she was demanding equal respect and treatment for men and women. She was simply knocking at the wrong door. Now, she felt unloved but a burden in the family.

This feeling continued with her husband. She never felt she was a priority. It wasn’t her mental meltdowns or feelings of self-doubt, which left her to feel lonely in the marriage. But it was his need to feel loved, and seek attention from the opposite sex.

The ‘support’ she had was toxic and inaccessible

She felt pain entrap her body and mind but it didn’t hurt. Instead, it made her numb. Academically, she was educated but conditioned culturally to accept any form of love. She strongly advocated that if her husband thinks he has to lie to me for another woman, it isn’t a threat. It is a warning sign. When people repeat the kind of behavior that hurts others, it is a pattern that needs correction. She stood against traditional beliefs, supported by none, discouraged by all.

This form of isolation is intolerable. It appears externally that support is all around you. But in reality, it is inaccessible support. It is the toxic form of help that holds you back from your freedom.

Pandemic 2020 has left many patients comfortable in their skin. It was only because their suffering was felt by the sane world for the first time without preconceived parameters.

Just like the pandemic has fallen upon you, the entrapment to withdrawal is a decision for the sanity of the chaotic mind! 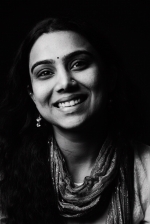 Why Do We Overshop? Is It A Syndrome Or A Therapy?

As Lockdown Starts Easing, The Stories Of These 3 Women Show Why They Still Need Your Help

A 4 Point Checklist To Be More Charitable During The Pandemic, Starting With Your Own Behaviour At Home!

O Woman! Don’t Let People Push You To Be What You Don’t Want To Be!