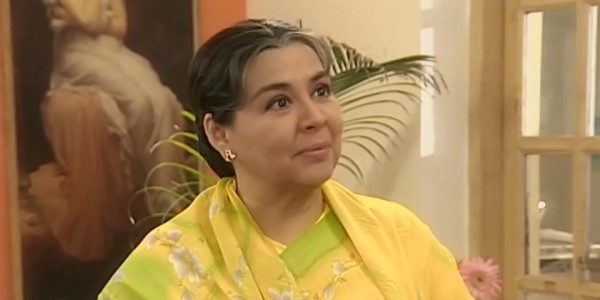 Was it possible that all the support, given and received over the years in her informal knitting group, made my grandmother calm and uncomplaining?

For those of you who don’t know me, I am a lawyer, who runs a website on knitting while blogging ad nauseam on issues that have nothing to do with law or knitting. That said, I’m fairly regular with my blog (or have been for the month and a half that I have been doing it) but last week I couldn’t bring myself to post anything.

Actually, I did write a post based on some interesting anecdotes my mom told me about my nani (maternal grandmother) All I needed now was to edit it and publish it. Instead, I went into a funk – an inexplicable deep dark funk.

I tried to move around my inner funk

I thought it was a sign of the monthly blues which come as regularly as Aunt Flo. So I let it be. I closed my eyes, tried to hush the inner noise and waited for the funk to pass. Then two days ago, I heard the unfortunate news about a young lawyer who left this world much before her time.

I don’t know the facts so I am not going to comment on them. Maybe she felt alone, maybe she sought help, or maybe she too had been in a deep dark funk and in her case it just didn’t pass.

There was the customary round of messages – ‘So sad,’ ‘Be Safe,’ ‘Please be in touch and so forth. It was in this frame of mind that I sat down to edit the post on my grandmother and I had an epiphany. But first let me tell you my grandmother’s story.

She never complained about anything at all

A little background on the lady herself. I don’t know much about her early childhood but that she got married pretty young, I guess when she was 13-14 years old. My grandfather was 4 years elder to her and still studying at the time – he would go on to become a lawyer and a judicial magistrate. 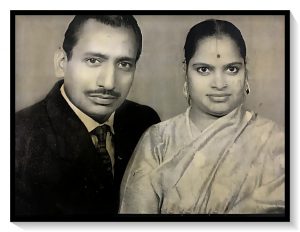 The one story that has passed down through generations is that my grandfather (young and probably enamoured with his newly wed wife) had wanted to appoint a tutor for her to study further. However, his mother who was an extremely domineering lady had thrown such a royal fit that the word tutor was never mentioned in the house.

On getting married, my grandmother moved from Delhi to a city in Uttar Pradesh called Saharanpur. She isn’t very tall – I believe she must be 4 feet 9 inches – while her husband was almost a head and foot taller than her.

I am not sure how easy or difficult her life was. But she is known to never have complained much, though my grandfather became quite crotchety in his old age. The woman I know and have known over the years is a serene and accepting person, who has not allowed the vicissitudes of life to affect her.

She was also a force among the women around her

The stories my mother told me came in the context of knitting. Apparently, my grandmother had been the resident knitting champ of her locality in Saharanpur in her younger days. The ladies in her neighbourhood would consult her over patterns and take tips on knitting from her. She was a fountain of information for knitters – she was to them what Google and YouTube are now to me.

But that is not all. I was told that this diminutive, not very educated, very religious woman was otherwise also quite a force among the ladies in her neighbourhood. They trusted her and would seek her advice on problems personal to them.

Rumour has it that once, a mother-to-be could not be taken to the hospital in time, my grandmother was called to help deliver the baby at home. All the ladies, including my grandmother, would regularly gather on someone’s rooftop to discuss stuff related to their lives. The stuff which women were sometimes not comfortable discussing even with their husbands or families. There was a sense of belonging and a feeling that help was close at hand whenever it was needed.

Were these women on to something?

That got me thinking and eventually led me to my epiphany. Were my grandmother and her neighbourhood ladies on to something?

Was it possible that all the support, given and received over the years in her informal knitting group, made my grandmother calm and uncomplaining? I have never asked her nor have I any data to back this hypothesis – basically all this is conjecture.

But the more I think about it, the more I feel that there is some correlation. Maybe the in-your-face-nosiness in a small town is better than the mind-your-own-business isolation of big cities. Especially when it is concerned with certain aspects of mental health and well-being.

Why did I do that?

I can explain this with the help of a simple example. We may have a lot of messages going around reminding us to stay in touch with each other and friends and family. However, when I was in my funk, I did not pick up my phone to call or text anyone to talk about how I was feeling.

It is highly unlikely that even if someone had called to ask me how I was feeling, I would have said anything other than ‘Perfect!’ I have five closer-than-close girl friends and two of them even live in Delhi. There was a point of time when we were all highly attuned to each other’s moods and feelings, but I didn’t talk to any of them.

Instead, I decided to rely on myself and on the coping mechanisms that I developed over the years. Why did I do that? Maybe, because I didn’t want to be thought of as weak or inadequate by my friends and colleagues. Or maybe I didn’t want people to think that I was indulging in attention seeking behaviour.

Maybe I didn’t want to feel like a failure – after all everyone else was managing just fine in this difficult time. Or I just didn’t have enough faith that anyone would be able to help me. I don’t know what the real reason was but the reason really isn’t important.

Don’t we all believe in minding our own business?

This is true for a lot of us, especially for those who have nine to nine jobs, live alone in metropolitan cities, meet friends only for drinks over weekends. The ones who visit families once every six months, don’t know the neighbours’ names and believe in minding our own effing business!

Sound familiar? But what happens when things get tough but the reliable coping mechanisms don’t kick in? Or when doing it all on your on is just not enough and something just snaps and often a precious life is lost? Friends – who probably care deeply are left waiting for a call/message asking for help. The call, when it does come, is a little too late and only delivers heartbreaking news.

You may ask how all of this is connected to my grandmother’s neighbourhood group of ladies. I’ll tell you how. She was a part of a group where people weren’t minding their own business, instead, they were actually being nosy about each other’s lives.

They probably gossiped, shared recipes and patterns and enjoyed themselves tremendously. But they also heard each other’s problems and tried to come up with solutions. In a way, it was an informal support group. It is my view that with the sort of lives we lead, all of us need such support groups.

Is it easier to talk to strangers?

But when I reference my grandmother’s group of ladies, I’m not referring to such formal groups. I’m talking about support for people who are not suffering from any addiction or disease. What I am talking about are those who may have received a temporary set back in life or are just going through a tough phase.

I am talking about people who find it difficult to express their deepest darkest thoughts to friends, families and colleagues, but find it easier to talk to strangers.

But a support group isn’t a social group

A support group ought not to be confused with a group of friends meeting over drinks or a book/movie club or a kitty party. Though what my grandmother had was a social group.

A support group ought to be a group where people can sit across from each other and say anything on their minds without any hesitation. From ‘I feel low,’ ‘I’m having dark thoughts’ or ‘I feel like ending my life.’

In this group, you and your problems are as welcome as the next person’s. You come by choice, you speak up by choice and you ask for help by choice. But at the back of your mind you always know that help is close at hand whenever you need it.

All this is a collective effort, for sure

I’ll take it a step further. Once at a particularly low time in my professional life, my husband told me that I just have to suit up, boot up and show up. And everything else would fall into place.

I will extend this to the case I am making for support groups. When life looks bleak and your heart is full of despair, all you need to do is to show up and say that you need help.

After that you can leave it to your group to help you out of that deep, dark place. It is a collective effort. You’ll help me and I’ll help you and in this way maybe we’ll save each other. Because folks, the time to do it all on your own is over! 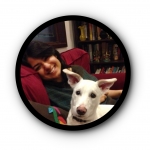 Lawyer-Knitter-Reader-Dog Parent. I have two blogs - One knit at a Time (https://