“I was always a hairy girl. In school, I was called names and compared to boys because girls are generally not that hairy. Most nights, I would cry myself to sleep. Neighbours and relatives would ask my parents to take me to a doctor and get checked because girls are never so hairy. Or because it’s abnormal. I don’t want anyone else to go through this,” says Shruthi, when asked if she encountered gender stereotypes in her childhood.

With Elon Musk and Grimes announcing their plan to raise their child X Ӕ A-12 in a gender-neutral way, debates are bound to spring up. There are people both for and against this style of parenting.

Why pink for girls and blue for boys?

I was recently going through the Instagram account of a bakery. That’s when I noticed stark differences between cakes for boys and girls – typically blue or pink themed with either ‘girly’ or ‘boyish’ designs. This, for us, is normal. The concept of raising a child in a gender-neutral manner is relatively new to India. However, with gender biases extremely prevalent in our society, it’s much needed.

Though one does wonder how feasible it would be in India, with its stringent social boundaries and almost no way of transitioning fluidly between them.

The death of Anjana Hareesh – the 21-year-old student from Kerala, who was bisexual – illustrates this. Her case shook the entire LGBTQIA+ community. It also exposed, once again, how Indian society does not accept a non-binary gender identity beyond a ‘boy’ or a ‘girl.’

Girls and boys are rarely allowed to interact even today!

I was in Uttarakhand last year to observe the public education system and to see whether every child in a family had access to formal schooling. At first glance, it seemed that they did. It was only after a few more days of interacting with these families that I realised that boys were sent to private schools, while girls went to public schools.

Asha, in Class 7, at a public school in Karnataka, talks of how she and her female friends clean the classrooms while the boys help with mid-day meals. Boys and girls stand in separate queues, don’t play together and are not even allowed to talk to each other.

In India, there have always been clear differences in the way different genders are treated, right from childhood. Schools are the secondary space of socialisation for a child (the primary space being the home) The stereotypes that play out in society also play out in classrooms, educational policies, curriculum, and even in the very manner of teaching itself.

Since gender based discrimination is so prevalent in our society, the best thing to do is to start at home. One can join a growing number of families opting to raise their children beyond gender stereotypes.

Gender-neutral parenting typically begins as early as possible. Right from choosing neutral names and colours to avoiding toys that have a particularly gendered slant, how parents navigate those first few years is important.

Children hit a critical period of conceptualising gender identity around age three. And experts say that gender-neutral parenting is most successful when parents offer a wide range of options to see what they naturally lean towards. Some stricter applications of this parenting style even have parents using the neutral pronoun ‘they’ for the child rather than ‘he’ or ‘she.’

It needs to be the common goal now

Whether strictly or loosely applied, gender-neutral parenting in any capacity has a common goal. It is to create a culture that doesn’t allow societal expectations to dictate who a child can be, or to isolate a child on a pink or blue path.

“Had I been brought up in a gender-neutral environment, I may have been able to come out to my parents. I don’t think I can ever tell them, because for them, I need to be married to a man by age 24. But I’m sure I will be disowned if I tell them I’m dating a woman,” says Agasthya, who is gay.

Like her, there are many who have to conceal their identity to their own families. All because we as a society cannot accept anything beyond the gendered lens we look through.

This is just one example of why gender-neutral parenting is important in the upbringing of a child and in creating an inclusive society. In the Indian context, discrimination related based on caste, gender, and sexual orientation is common.

Parents in India have to be especially aware that, despite their efforts, society will inevitably try and enforce these stereotypes on their children.

At its core, gender-neutral parenting is about encouraging the traits that make a good human, not a good man or woman. And it’s an approach that all parents can apply at some level. 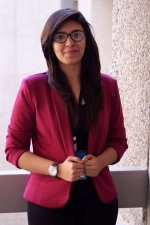 When she isn't around dogs, Tanisha Venkani is a Master's student at Azim

Gender Neutral Books And Toys – How Aware Are You As A Modern Parent?

How Do You Plan To Raise A Gender Equal Generation? [#WomenOnTheMove]

What If I Told You That Pink For Girls And Blue For Boys Is Simply A Smart Marketing Strategy?