Its time people start reflecting on the compassion we show others and not simply live in their own protective bubble.

Its time people start reflecting on the compassion we show others and not simply live in their own protective bubble.

I remember as a child how much I used to hate eating healthy. There were numerous times where I didn’t want to eat a particular vegetable or dal and so I would starve myself for a couple of hours and boom! My parents would give me whatever I wanted to eat because I mattered to them. Living in a decent locality and having family and friends from similar localities, I could never see anything wrong with this world. Being brutally honest, everything on the news was just news to me!

Well, everything was nice and pretty until I moved out of my comfort area and started meeting different kinds of people. At first their life stories were nothing more than stories to me. Then came a person who happened to become my closest of friends, when he shared his story of life, a part of it was a time when he didn’t have the opportunity to eat 3 meals a day! Now this time I didn’t feel it like “just another story”.

Something so deep pinched me so bad that I was more than ready for a war to change this world. I was angry on myself that as a child I couldn’t value the things I was given. But at first place back then I didn’t know that those things were valuable and that’s when I realized that it is not the world that needs change but people like me who live in their own beautiful bubbles enjoying the comforts of life, who hear but never listen, feel without compassion and talk without any purpose, THEM is what NEEDS TO CHANGE.

What most humans lack is compassion and it is very different from mere feeling or sympathizing. If your heart beats for everyone on earth like it beats when your parents or best friends or someone dear is in pain that’s what is called compassion. Sympathy makes people talk big and forget about it after sometime but compassion is that fire that makes you a human of some purpose.

The most recent survey stated that every year approximately 800,000 people die of suicide. Read that again. 800,000 people die not because of any illness or unfortunate incident but of suicide. Once punch your fist against the wall. It hurts right? Do the same to your loved one. You’d dare not to because they’re precious right? But somehow these 800,000-900,000 people every year were not dear to anyone nor could they feel pain that they just left. Is it so? Well, NOT!

Every human being at some point in their lives is driven by some desire. Desire in itself is not a problem. It is a natural phenomena. It is only because of desires that many people could make this world so comfortable today. But should it become so big in one’s head that they become less of a human? Unfortunately and unknowingly it became big and so is the very cause of nepotism, inequality, disparity and I can keep on naming.. Because this desire becomes so strong that the very reason you wake up and breath becomes your so called goal.

In this process some do well for themselves and some don’t. But does that make anyone less or more of a human? Does this competition become more valuable than living itself? Shouldn’t it be a beautiful part of life? Unfortunately such values are only taught in the world of sports I believe because you win or loose, you try to improve yourself, have respect for fellow players and become ready for the next game. Shouldn’t we all be doing the same with everything in life as well?

We as a society are so into ourselves 24/7 that we hardly see someone outside our family/community/circle as even a human in the first place. Why did we became so pathetic that even in times like this pandemic the poor suffer even more while the rich see even this situation as an opportunity for them to grow. In this very situation how many of us had a thought about someone other than our loved ones? The very reality that someone’s achievement has become someone else’s cause of jealousy, stress and sadness is proof enough that we are looking at things fundamentally wrong.

Why should someone ask you to be kind and compassionate? Why should someone write these articles? Just once, please, take some time to distance yourself for a bit and RELAX. Reflect on your life and actions so far. Every goal in life is amazing only till you achieve it. Isn’t it? Then why make it such a big deal. To have one is a part of life, let it be a beautiful part of life because it can be beautiful only that way. What adds value to you is this very moment and how happily are you living it.

What needs CHANGE is YOU and not the WORLD. 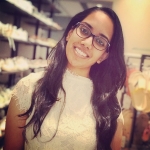