The insults turned her into Maggie Fitzgerald of ‘Million Dollar Baby.’ She worked hard, and within 5 months, she was promoted to assistant senior editor.

When Tara got her promotion two years ago, I was very happy. Not because she had achieved what she most wished for, but as a friend who had known everything about her. It is often perceived that one cannot be boundlessly happy because of other’s success, but this theory is not fool proof.

Let me introduce Tara or popularly known as ‘Tarecist’ (after few months no one called her that. She might be little racist but after all she used to write all the recommendation letters on behalf of the company)

She was fascinated by the skills of Italian footballer Mario Balotelli. One December afternoon just before Christmas (Christmas is important here, otherwise it would never happen) everyone was discussing the effect of American consumerism on third world countries.

Tara had hardly any interest about either consumerism or Africa, she heard someone’s words “Black-lives.” Something ran in her head, and she blurted out, “Mario Balotelli is Black, you know. Most probably an African.”

This unprepared proposal made an impact on the lunch group. Ani came closer and asked, “Hey, do you know… I mean by any chance… that not only Africans are black?”

Tanya whispered, getting a chance to debate on this, “You should not talk about this. It is disgusting and most importantly racist.”

Following weeks were the worst in Tara’s life. Sales department’s Alok, with innocent countenance, came to her. And after some small talk said, “Tara, my hair is still black. Should I go for dye?” Ani joined them and suggested, “Brown is not a bad option. ‘salt and pepper’ is also cool.”

After that incident Tara was asked to give ‘opinions’ on blackboards, cars, TV screens, even the jersey of New Zealand cricket team. Her colleagues were very fond of dark sarcasm and they never realised how little fun Tara enjoyed herself.

Life goes on. The insults turned her into Maggie Fitzgerald of the film ‘Million Dollar Baby.’ Tara worked hard, according to interns under her, and convinced some big sharks, within five months, she was promoted to assistant senior editor.

If I am permitted to begin as a fairy tale then it should be like this – Tara came in this dusty city at the age of thirty-three. She was scared of unknown faces and cockroaches. Rat-killer was an imminent solution to the latter, but her social anxiety was incurable after some horrid experiences recently.

The office she worked at was not near her new apartment. She had to take a taxi to reach there. This taxi-grabbing was disgusting, especially when it rained. The muddy streets and erratic faces of people were depressing to her.

At office she had almost smooth time as senior editor until mid-September. Durga puja was approaching and she had to do her shopping. The malls and stores were crowded. When she entered ‘Neo-Mart’ it was already dark outside.

People and their grins, smiles, laughter started to bother her. As she was trying to figure out whether a green lehenga would be best over the teal Anarkali, a voice startled her, “Tara, how even are you here?”

She turned and gave a quick smile. “Oh, hi Min.”

” Guessed it after seeing you.”

” Why are you here? I mean you never liked shopping.”

Mrinmay aka Min stared blankly at her for some seconds. Then he said, “Come. Let’s sit and talk.”

They walked avoiding cacophony of customers endlessly seeking a different size, some other colour, or something more stylish.

The second floor had small but beautiful cafeteria. Some whispering couples were enjoying cold coffee and Facebook. They chose a corner. Min arranged the delicate cane chair for Tara.

She didn’t look too nervous but little worried. The waiter took the order of two sandwiches and two strawberry shakes.

“What are you doing here Min? You barely liked shopping!”

“It just opened two months ago. I never seriously thought about the mall, it came suddenly.”

“Thanks. Customers also say that.”

“That it is a nice place. One stop solution to shopping, movie, and obviously dining.”

“No, come on. I mean how do you feel with this business and family?”

“Actually, I had to take some business loans to make this mall, and now whatever I am earning is going to repay those. But I am not mad about it. Within six months it would be done.”

“Nothing new. It is not my concern, but may I ask if you are married now?”

“So, you are telling me that an independent, beautiful woman like you is currently single? You are lying.”

“No. It’s true. I am not involved with anyone.”

“I think we could be great…’could be’ if our marriage worked well.”

“It hadn’t Min. Our marriage sucked.”

“You know what? I think now after a year of our divorce is that we could give another chance.”

“Maybe. We were in a rush and then you… then you wanted to move to Durgapur suddenly. I was perplexed, I really was.”

“Oh. I am sorry, my lawyer gave you such a hard time in court. He is an insensitive person.”

“It’s strange Tara. After one whole year we accidentally met…”

“And still talking about past.”

“Hey, did you watch the world cup semi-final? I can’t believe India lost to those god-damn Kiwis.”

“We bowled well, really well, but our batting… Dhoni could have save us. But he…”

“Don’t bring him on board. He did well. Other Batsmen…”

“Why shouldn’t I be? He brought home two World Cups”

“Okay. Just stop. Stop Min. My doctor has said much stress will worsen the situation.”

“Nothing, really. It’s just… nothing. My tongue just slipped.”

“I have pancreatic Cancer. Stage three.”

Sometimes people are surrounded by so much distractions and attractions that they don’t understand how tenuous this world is. Stoics are aware of this delusional perspective, but our Min was not stoic. He was an introvert always busy in seeking happiness from Netflix, and HBO. This news followed by a shock were of immense consequences to him.

“Tara. Are you serious?”

“Yes. I am serious. Why would I lie! You are not my husband. Neither are you the same person I used to know! I am dead serious.”

“I am sorry. When did you go to the doctor?”

“Just after you filed the divorce. I couldn’t tell you and I apologise. But the news would’ve made the situation more complex. We had to separate. For ever.”

“They are saying so.”

“The costs are coming from?”

“My job and insurance. ”

“You go to your office every day? Shouldn’t you get medical leave?”

“I have to go every day or else the company might face difficulty handling important clients. They approached to take leave but I declined.”

“Look at you. You are so successful. More beautiful than before. I might have ruined your career.”

“Don’t say such things. I work every day only to focus on the present, otherwise nightmares besiege me. With this cancer I am also suffering from anxiety disorder.”

Min was not feeling well himself for some days. After this encounter with his ex-wife he was feeling numb and suffocated.

To lighten the mood, he proposed her to join him for a movie.

“Which one?” Tara asked.

“All right. Once upon A Time in Hollywood then.”

Now you might be wandering who the hell am I? I am very close to Tara as I am her daily journal. At night, after all phone calls, texts, meetings, perks Tara used to come to me.

She made me beautiful with her cursive writing. I don’t know about melodrama movies because Tara never watched them, therefore never wrote about them. And I could not complain about that. But I can assure you the pain, stress, loneliness she felt were much more than her pleasures during hanging out with Ruchi.

Most of the night she came home fatigued, worn out. Taking a shower, she ordered food online. Thriller movies and sports were the only watchable things to her, she watched them while eating dinner.

I am not sure but it felt to me that she was trying to kill her time by watching Virat’s cover drive. She was trying to hide herself from her own judgemental instincts. It was just like unemployed youngsters, who hope they clear the government service exam on their knowledge of only one book.

Yes. I know that I am boring, but don’t be rude. Actually, I am humming a song continuously, but can’t remember its name. My bad, sorry.

Here is another incident from early November.

“Hey, you don’t have to come here Min. It’s just a little check-up.”

“Tara, show me the reports.”

“Please don’t bother yourself for me. It is fine. It will be fine.”

“Damn it. Why are you so hard? hand me over the reports.”

“Why? So that you can lock yourself up in your room? On your own? And why aren’t you jolly like before? Are you on medication?”

“Leave me alone, because it is not the end. I will live for many years, doctors confirmed it.”

“That is good news.”

“Well, not for you. I am your ex. You must not involve with me again. Don’t you have your own life?”

“No. It’s okay. Listen, I am hungry so let’s arrange dinner party tonight.”

“Can Ruchi join us? She was asking for…”

When Tara declared her longevity, her colleagues congratulated her. Mr. Vardhan, managing director came to greet her- “Tara, I don’t know how to thank you. You have handled this company so efficiently…”

“Okay. Now comes the hardest part. After you, I mean when you’d be out for your therapy, I am concerned about the post of senior editor.”

“Sir, I have prepared Harmeet for this post. He is a junior but he would be able to handle these.”

“Oh, I am relieved. You saved me young lady. Thanks again.”

Tara lied. She fooled everyone, including me. After three months of her dinner party with Min and Ruchi she left the world with cancer.

That night she wrote in my page “It is the happiest day of my life. I know the limit and because of it, today is colourful, every day from now is colourful.”

Min and Tara went out together many times after that night. The chance they missed during their legal companionship was being replenished by their divorced, lonely lifestyles.

I should not brag, but let me tell this. Tara was not perfect, she had social anxiety, troubled marriage, and a deadly cancer but still she managed to shine.

Now I feel lonely without her, literally.

This short story had been shortlisted for the July 2020 Muse of the Month contest. 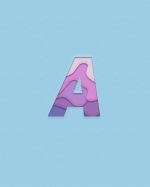 Bookworm Ari is pursuing his undergraduate degree in English literature. When not jotting down words,

But He Didn’t Mean It!

When Tara Dreamt Of More