Was There a ‘Twist’ In The Bois’ Locker Room Case?

The Bois Locker Room case continues to pose many questions about how we as a society perceive misogyny and discrimination today.

The Bois Locker Room case got a lot of critical attention for the right reasons – display of misogynistic and voyeuristic content. But few days into the leak, Delhi Police announced that there have been some mix of images between this and another group on a different social media platform, Snapchat.

One of the conversations – that of planning a gang-rape, the one that caught the most attention – turned out to be from Snapchat.

What happened during this conversation?

Furthermore, this conversation was not between two males but a female who posed as a male. She plotted her hypothetical gang-rape as “loyalty test” for the male receiver of the chats.

This fake internet profiling in Snapchat (henceforth, ‘Snapchat development’) caused a frenzy, more than even the original exposé of the ‘Bois Locker Room.’ The female was blamed for the entire “Bois Locker Room”case.

The ‘snapchat development’ came to be tagged as a “twist” across  news articles, either using it in verbatim, or in a specific sense.

What did it imply for the media?

An act of collective media amnesia dawned – the reports ignored, minus the Snapchat conversation the ‘Bois Locker Room’ was problematic, in the first place.

Once again, it took one unbaked step to disregard all the efforts of calling out misogyny and voyeur to nothingness. And surely, the media has a key role to play in building this narrative.

I tried to look at various news articles that covered the ‘Snapchat development’ in the ‘Bois Locker Room’ case as a ‘twist.’

Despite their attempt to appear informative, these news articles push towards the Snapchat development as another case of “women naturally lie about being raped.” I show that this happens because the articles are framed to suit a journalistic ideal of neutrality.

Finally, it is pertinent to take an immediate move beyond these false journalistic ideals of “neutrality,” and instead hinge on “fairness.”

The commitment to neutrality?

Media scholar Stuart Hall earlier pointed out that neutrality in the news media is both practically and theoretically impossible. Despite this, the journalistic convention requires some commitment to neutrality. As pointed out by another media scholar Stuart Allan, this means each news story needs to have two sides. And only when these sides are allowed to conflict will the journalistic endeavour be considered of some reputable value.

Through the framing and construction of the issue, there was a general lack of attention to the overall content of the ‘Bois Locker Room.’ These newspaper articles actively worked to connect the ‘Snapchat development’ to rape myths.

They were covertly pushing questions like ‘Why are such false allegations so frequent?’ or ‘To what extent does this add to the rape myth?’ by holding true the fallacious premise that “women naturally lie about being raped.”

The news reports were peddling bias in the guise of presenting neutral and objective facts. Here, the layout reflective was not just how these media houses should be adhering to neutrality, but consistent with the recent “progressive” shifts in the Indian Penal Code, (Nirbhaya Act, 2013).

This Act dictates harsher punishments for the perpetrators, but at the cost of more trials where victim blaming still remains rife. And as legal anthropologist Pratiksha Baxi, points out, Indian rape trials are nothing but events where the survior is terrorised, slandered, questioned and burned at the stake.

The issue with headlines

What results in this false neutrality is the manner in which the headlining of the news articles takes place.

The cases I want to look at is the one from The Times of India, reported on May 11, from Indian Express reported on the same day, and from The Economic Times from May 11.

The semiotic structure of the headlines leaves a little way of going back to the core issue that ‘Bois Locker Room’ was circulating misogynistic and voyeuristic contents. They presented the ‘Snapchat conversation’ as if all the conversations that ever happened in the notorious Instagram group was initiated by the said girl.

The headlines were puzzling – seemingly intentional. There was a complete erasure of the core issue in these news articles. Second in a row are the images used in the articles which act as framing devices to embed and authorise these false neutral coverages.

As we see below, the images that go with the stories are either of a female figure working on a computer or the Snapchat icon. These seem like symbolic placement meanings to turn the entire ‘Bois Locker Room’ episode to a narrative of ‘feminine duplicity.’

Quoting Sociologist Van Zoonen’s (1998), “Because the news is made by men, it is thought to reflect the interests and values of men too”, to show the entrenched pattern of misrepresenting woman in the news stories.

Inherent in this neutrality paradigm is also the idea that while it is men who oppress women, currently, the tables have turned.

It is always served as a zero-sum game, wherein women are now using false allegations to ‘oppress men’. As psychologist Nicola Gavey and Virginia Gow (2001) puts, the news articles repeatedly used an ‘equitable crime’ rhetoric. One below from an online portal ‘The Print’ openly forwards this idea ‘equitable crime’.

“Young women standing up to sexism and female objectification — as some did when the Bois Locker Room controversy first broke — shows that that wheel isn’t going to turn as smoothly as it once did. But, when you call out bad behaviour, you need to call it out in everyone, even if it’s the person on your side”. (The Print, 12 May 2020)

What is the takeaway?

I would like to highlight, a noted anthropologist, Veena Das’s take on neutrality. Das urges one to question the kind of neutrality our societies dwell upon – like, one of the developments in the ‘Bois Locker Room’ case where we say “both” genders are equally culpable.

Instead of the so-called neutral principles based on biased “infra-decisions” of giving statistical balanced results, one should look for fairness which is based on stakeholders having coordinated expectation from each other. Fairness would require us to peek inwards and question the publishing decisions – whether they are to suit some statistics or coordinate or impose a specific expectation.

Should we blame the girl who wanted to test a male friend with a hypothetical situation (heinous projection, without a doubt) and judge her in the same way we should examine voyeur and condemn misogyny?

It is time we are critical of such ‘twists’ which fed to us under the garb statistical neutrality. Instead, we should be looking for coordinated fairness instead. 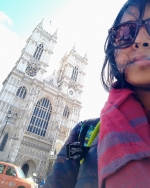