An Immediate Curfew For All Men!

"These units are special. Special because they are made up all the girls rescued from human trafficking rackets, forced sex workers and our transgender friends in the past nine years."

“These units are special. Special because they are made up all the girls rescued from human trafficking rackets, forced sex workers and our transgender friends in the past nine years.”

The third winner of our June 2020 Muse of the Month contest is Sucharita Hazra.

“In an unprecedented move, the state government has actioned an immediate lockdown and curfew for men across all districts in the state of Paschim Aranayatak. This comes on the heels of the report of a gang rape of a minor’s mother in front of the child.” Blared the news channel.

“Prior to this official announcement, an army of female black cats was seen to be dispatched across all the districts to take over the jurisdiction and round up all men in apparent misdemeanor on the streets. The perpetrators of the heinous crime have been taken into immediate custody. All other men were advised to stay indoors and avoid any confrontation on the streets.”

The hollering commentary was accompanied by a footage of what looked like an all women army. They were dressed in black overalls, masks covering their face except the eyes and bullet vests with the words “KUJA” on them. They moved with a certain combat trained prowl and fell rather quickly into positions upon their descent on the ground from the trucks that had transported them.

The on-ground reporter turned to bring in a pan shot of all the news channel team covering the news. Had the women not been wielding microphones, cameras and other related paraphernalia, people would have assumed that a dancer’s troupe was in town or maybe another political dharna. So rare is it so see dominant majority of women in active professions on ground, together. Just doing a job.

‘Yes, we have just witnessed a state emergency declared by the deputy Prime Minister of the state. As we have seen and heard, she has issued the statement on a live broadcast. Ms. Janani said and I quote “I’m 84 years old. I was 10 when my parents had to board a train out of a village that is Pakistan now to live in India because of the partition of 1947. I do not claim to understand what was happening at that moment, but I can still remember the terror of watching my sister and mother being hurt, violated and left for dead from behind the trunks they hid me in. Last evening, we saw a glimpse of the same incident repeat in this very land that I’ve given every moment of my working life to. Another innocent child had to be subjected to the brutal and inhuman act of watching his mother being violated. Another child living an entire life wondering whether it is her going to be her turn now. Another child who with whom it has already happened somewhere as we speak. This is not the first time it has happened, but yesterday was the last time this will have happened. Enough is ENOUGH.”‘

The camera moves to the live telecast of Ms. Janani on the television. Dressed in a pale indigo khadi kurta, hair tied back, she sat in front of the state insignia of a tree and lion, continuing the address.

“Since the beginning of the studied civilizations, women have been made to bear the brunt of plundering and vile men in an easy show of brutal strength, be it to conquer other tribes or satisfy their unmet desires. We have fought all these years peacefully to cover many miles of injustice in an attempt to coexist. We have held patience to correct erring men and women who aid them.”

“We have been working for the past few years in constant engagement with the public to deal with violence against women in all ways of reforms and policies. Yet, it seems. there exists a nexus so nefarious that circumvents all modicum of humane shame. The response to stricter policy implementation and punishments has seen a higher casualty of the women victims of crime and violence. Though history so far has shown how unkind and unreceptive society has been to that approach, we had to try.

In anticipation, along with all policies that we worked so hard to implement, we have been able to achieve a better success in building a defense unit of all women trained for combat. These units are special. Special because they are made up all the girls rescued from human trafficking rackets, forced sex workers and our transgender friends in the past nine years. They have experienced what we wish no other girl, children or woman to experience. All of them were refused shelter or repatriation by their respective state government or nation. We have a total strength of 60,000 of those women who have undergone extreme duress situations inflicted on them by society due to no fault of their own. With nowhere to go, family refusing to take them in, society refusing to employ them and provide respectable opportunities, it is to face the rock bottom of life.  To them we said….

“So go ahead. Fall down. The world looks different from the ground.”

And from ground up they have built themselves up again. The rehabilitation centers have nursed them to health- both mental and physical. We provided them an active training ground to prepare for what today has become a necessary step for us.”

On screen played out the slide show of the before and after visual stories of many girls and women. The disturbing pictures of a huddled, cowering group of women, jaded and rendered senseless by imprisonment in unspeakable spaces-cargo containers, abandoned warehouses, matchbox chawls, underground dungeons in old havelis. The list was endless. This was followed by clip of the same women transformed into springing tigresses, raring to go, now deployed across the state.

Ms. Janani continued her impassioned oration. “It is to use all and any means necessary to rid us of any human preying on women and transgender member of the society. Be advised that they are highly motivated and equipped to respond to any aggressive perpetrators. They have been granted powers to wield any means necessary in the face of resistance to the rules of this curfew against men. Women are allowed to move about freely. However, any proof of aiding and abetting escape of criminal intent of sexual violence will be charged and prosecuted.”

“Our KUJA’s are prepared and equipped to enforce the revised order of law that is in effect right now. All positions of power and execution on the state will be mandatory to be governed by women head only. All organizations can employ men to occupy jobs that require only menial labor and positions separated from any influential contact with the governing body members. All their pay will be transferred to a family expense bank account made mandatory for all family units which shall have at least one female member or appointed guardian to guarantee that no children are harmed or subjected to abuse. No administration board will have men till the current system is in place and their inclusion will be reviewed once the system has settled down.”

As this order goes in effect, our honorable chief minister has kindly resigned the position and granted me leadership to carry out this emergency measure. We have a detailed plan of action that will take care of all resources we need to sustain our state for the coming days without any support from the central government financially or otherwise.”

With a folded hand Namaste, Ms. Janani ended her address to the state “I look forward to making our state sexual violence free and a new beginning for all women in the society we are going redefine and establish.”

Editor’s note: Oprah Winfrey has seen all possible reasons to be underprivileged in her life. A black girl born to a single mother in rural Mississippi and raised in poverty in the inner city Milwaukee. Faced sexual abuse in childhood and early teens. Was pregnant at 14, her son born premature and dying in infancy. But she did not let all this drag her down once she decided to pick herself up and work to raise herself above all this.

She began as a co-anchor at the local radio at 19, and thereafter has risen to be known globally for her trademark style of talking and interviewing – an emotive, personal connect with those she speaks with, an unstoppable force to be reckoned with. Oprah, has today become a household name.

The cue is this quote by her: “So go ahead. Fall down. The world looks different from the ground.” 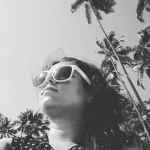