This Is Why I Am Perfectly Content Being A Cool Aunt, Rather Than Have My Own Baby! 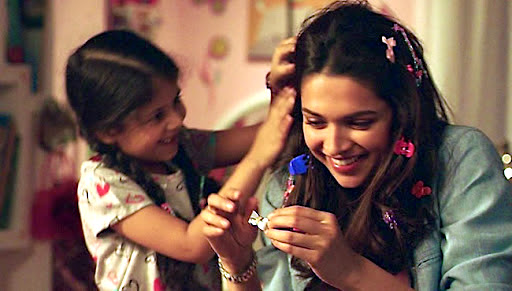 I have no idea how to hold a baby. They’ve always scared me so I’ve just done a pretty good job of avoiding them so far. I refused to go near my nephew until he turned three. And he started to seem like less of a dropping hazard and more of a liability and therefore slightly easier handle.

But now he’s 14 years old, and easily one of my favourite family members and sends me memes I’ve already seen regularly. My maternal instincts towards him (that every woman should supposedly have) are zero to none.

I really don’t have the maternal instincts

I don’t know if this is due to my own mother’s stringent parenting approach and reluctancy to humour the damsel in distress narrative. Or because we shouldn’t generalise every single woman on the planet to want the same thing from life – a baby.

A baby, preferably with a husband because having one out of wedlock will lead to becoming a social pariah. And might even lead the society referring to your child as a bastard like in Peaky Blinders, set in 1919. On a brighter note, the man in question will be totally fine and not expected to deal with the consequences of his actions at all.

This is probably one of the oldest double standards in the patriarchy. Especially the bit that gives political leaders (without vagina’s) the authority to implement laws and restrictions over what women can and cannot do- with their bodies.

But what if men got pregnant?

On a surface level the laws, restrictions and campaigns aim to preserve the sanctity of life. But when you look below the belt, it comes across as a manipulative way to dismiss freedom of choice and police women’s bodies. Don’t you sometimes wonder if this would be the case if men got pregnant?

The self-deprecating ‘just’ in ‘I am just a Dad’ wouldn’t exist and the title ‘stay-at-home-father’ would be celebrated as a full-blown profession. And time, money, and resources will be put towards making a contraceptive pill that doesn’t make you feel like you have acute depression.

Abortions would be handed out for free with a complimentary Xanax or homegrown weed for your trouble! President Trump would tweet about freedom of choice and men’s rights to their own bodies.

Although, in this paradox, two things would stay intact: firstly society’s habit of brushing aside the actions of badly behaved men with a classic ‘boys will be boys.’

And secondly, girls will still be expected to take sole responsibility and quietly accept the consequences of a boy’s actions. This will be done throughout their teens and then in their early 20’s they will be celebrated for being ‘mature.’

Do women have an epiphany that releases their maternal instincts?

As if it was all the years of double standards and trauma that paved way to create our heightened levels of maturity! Are women naturally more caring or is this just an enforced gender stereotype we’ve all spent centuries adapting to? Our society relies on gender norms to ensure that a regulated decorum is followed throughout the world.

Do even the most reluctant of women eventually have an epiphany that releases all of their maternal instincts they supposedly always had? But if everyone has an epiphany about the same thing, it no longer seems like an epiphany and more like mass manipulation.

Do you think our mothers were actually ready to have a baby? Or were they just pushing 30 and got tired of everyone questioning their fertility? Are these appropriate grounds to push a watermelon out of your vagina and be its primary carer till it turns 18?

I’m not an anti-natalist, I think it’s important to celebrate and support mothers. At the same time, I also think it is important to shift the narrative by normalising the idea that a baby might not be end game for every woman.

Here’s what we can do instead of forcing women to have kids!

Especially if there is potential for them to turn out like Raphael Samuel. He is a Mumbai-based businessman who sued his parents for giving birth to him without his consent. And argues that he was unleashed into an unwarranted amount of suffering. There is an element of truth in his (slightly flawed) belief system because on some days, I do see where he is coming from.

Everyone always says we need to make the world a better place for our children. But one of the best ways to achieve this is, by focusing our attention towards the children living below the poverty line right now. The other thing is removing stigma often associated with avenues such as adoption, fostering and surrogacy (unless it’s a dodgy black market deal).

But we can also normalise the idea that some women are content being the cool aunt with the questionable amount of money. The one who makes a point to start day drinking as soon as the afternoon school run starts. 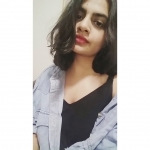