Teaching boys how to behave in society, what they can do and what they aren't entitled to, must become an essential part of parenting now.

Teaching boys how to behave in society, what they can do and what they aren’t entitled to, must become an essential part of parenting now.

I believe that children are like a clean slate. What is taught to them from an early age, remains etched in their minds forever, even when they reach adulthood. It is at home where the little ones learn soft skills and basic manners.

With the world at large complaining at how young men and boys these days don’t have basic manners, it is best to teach our little young men these things very early on life.

As a parent one would definitely want one’s son to be regarded as a gentleman when he conducts himself in the world outside as well as at home. Manners will not come to him automatically but will have to be taught on a daily basis. A well-mannered and well-behaved person is one who respects others, has self-control and discipline.

A man with proper manners not only makes life for those around him easy and pleasant but also works out his way in life with ease.

Here is a list of 10 basic social behaviours that every boy should learn.

The easiest and the most difficult things to say are “sorry”, “thank you”, and “excuse me”.

Teach your little boy these three words early on in life. They should know when to say sorry, to thank people around them, and to excuse themselves when required.

Respect for all, especially women

Respect can be shown to people around you in the simple and the basic things that you do.

Standing up when introduced, answering when spoken to, holding the door open, and letting others pass, offering your seat to the elderly and women are some of the few things that he should know.

Talking and listening well to adults

Children these days are so engrossed in their iPods and video games that even when someone older is talking to them, they do not bother to stop.

Teach them to keep aside whatever they are doing and to listen well and reply properly. Or if he is doing something important at that moment, to excuse himself and then to go back and talk later on.

Your child should know how to talk with whom while receiving a call on your behalf.

Ask him to listen attentively before replying, and of course, the greetings come first. Teach him to differentiate between a scam call and a genuine call too.

Instead of just ordering about and being dependent on others to get things done, teach your son to help around the house and to do his own work. This will not only simplify your life, but this habit of working at home will prove a boon to his married life as well.

How to behave in places that they’re bored in

It is very easy for children, especially boys (because girls are usually taught to ‘behave’, not boys) to get bored in places that hold no interest in them. They might have been towing behind you because they have no choice. Most of the time either they start misbehaving or create a ruckus to attract attention.

Speak to them beforehand and teach them ways to self-entertain themselves without troubling others around.

It is frustrating to have children around who are extremely picky about food and throw tantrums over it.

Teach your child to respect whatever food is served to them on the table. When outside in a gathering, even if the food is not of their choice, instead of creating a fuss, they should be taught to politely take what is being served.

It is generally the boys who are considered on the ‘dirty’ side when it comes to cleanliness and hygiene.

Teach your young man the importance of staying clean and hygienic by starting with the basics – from washing hands before after meals, washing up after coming back from playing, and washroom hygiene for example.

Differentiating between right and wrong

Before they go out into the world as young men, little boys need to be taught this.

They should know what is right and wrong when it comes to interacting with girls when to draw the line when hanging out with friends so as not to succumb to peer pressure, and not to get swayed by any instigation that might come their way.

About winning and losing

It is easy for boys to ‘lose temper’ over a game of football or cricket. This behaviour can carry over into other areas of their life.

Teach them that winning and losing is part of the game. Apart from taking victory in their stride, teach them to accept defeat in a gracious manner. They should learn to complement their teammates and the opposing team in both the situation.

Arm your little man with the basic manners for life and see him being respected and loved by all around him. 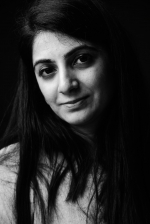 Communication consultant and a super-juggler. The Champa Tree (aka TCT) was conceived in the month of May 2014. Around the same time as my son’s birth. In the initial years, both the blog read more...