Why Should We Honour Someone Who Publicly Condoned Rape As A Political Tool?

Vinayak Damodar Savarkar, or Veer Savarkar as he is often referred to, publicly promoted the use of rape of ‘the women of the enemy’ as a war or political strategy. Should we be honouring such a person?

If we don’t use every opportunity that we have to speak out against any attempt at normalizing rape – the silence will remain and any further information about rape will continue to be given through the lens of that normalization.

I borrowed the above lines from this article and modified them, because it perfectly sums up what we need to do every time someone tries to defend a heinous crime like rape.

A couple of days ago, there was a video clip making rounds of retired army major general SP Sinha saying things that no one should ever say or hear again. The things he said on that show left me feeling furious, depressed, and helpless at the same time. What was even more baffling was to see the news channel carry on with the debate and that there were people in the audience who were supporting that despicable human being.

This incident reminded me of an article I read about Vinayak Damodar Savarkar justifying rape as a political weapon. If this is what Savarkar believed in then whatever I say about the man will be futile. But then we all have heard many political leaders from a certain school of thought advocating the Bharat Ratna for him. And the fact that they are getting enormous backing for this move from a large section of the public is extremely distressing.

“I’ve become so numb”, this line from the Linkin Park song kept going on in my mind when I realized that there are people who want to give away the highest civilian award of our country to someone who justified raping another person.

What made things even worse was when I found out that Savarkar was called a ‘remarkable son of India’ by one of our former Prime Ministers, who had also issued a postal stamp in his memory. A Prime Minister who was a woman, honouring a man like Savarkar who advocated using molestation of women as a war strategy. If that’s not the ultimate screwed up situation, I don’t know what is.

I understand that there are people who are very boisterous in their support of that man. I also understand that there are people who vehemently follow his political ideology and genuinely believe that executing his vision is what India needs to progress as a nation. But I can never agree with them when they support in honouring Savarkar knowing what I now know about him.

Can we afford to trivialize sexual violence?

Anybody who saw Delhi Crime (A Netflix series) would have come to realize the devastation that rape can bring with it. It is hard to forget the scenes where the victim was narrating the whole incident to the government official in a hospital bed, carrying the injuries of the barbaric assault and fighting for her life. The details of what those men did to her continue to haunt many of us even today. Keep that in mind the next time you try and support anyone who advocates any form of sexual violence.

Frankly, I don’t want to know anything more about Mr. Savarkar. He did go to jail for his country and he may have done some other good things or advocated some novel ideas. But he will also remain the person who believed in achieving his goals by defiling another person. For that reason, I don’t want anything to do with him or his ideology. 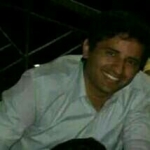 Writing is my therapy. It helps me make sense of this world.

Comedian Agrima Joshua Receiving Threats Proves Yet Again To Silence A Woman, Threaten To Rape Her