As individuals, women are often dependent on spouses, family norms or the diktats of society; however, when they come together, Change is bound to happen.

The other day someone asked me over tea, ‘are you a feminist?’ When I replied in the affirmative, the expression on his face was ‘Oh my god!’

This was not the first time I had been exposed to such a response. While participating in academic conferences, I found that while many parallel sessions were running on multiple themes, the one on women was attended mostly by women.

This time I decided not to ignore the expression and asked in return, “Is there anything wrong in being a feminist? Are you not a feminist?” I got an instant answer to it, “Hey, I am not the typical feminist!”

Strangely, the answer did not surprise me for I have seen such a response on multiple occasions from educated and informed people. This time however, it made me dwell into the causes of such a response.

While feminism advocates equality of both the genders, it is often perceived by some as a concept that is somewhat unfair to men. The questioning and protesting over deep-seated norms of the age-old patriarchal Indian society, where the female child is perceived as a liability and male child as an asset still makes many uncomfortable. Under such circumstances talking of women empowerment when feminism in India is grappling with changing economic and social changes, becomes inevitable.

Feminism in India is showing a promising trend in the urban milieu where women are not resigning themselves to the traditional role of a homemaker but negotiating to expand their spaces. We get to see a glimpse of it in some of the recent Bollywood movies that tried to portray contemporary Indian women as strong and capable beings who have an opinion or choice.

For example, the film starring Sridevi, English Vinglish shared the riveting story of a shy and demure middle-class housewife who gains confidence and self-respect by stepping outside her house and taking the decision to learn English. Another movie Pink that had independent lead female characters sent a much-needed message on the right of a woman to her body and sexuality.

In the movie Queen, we saw the lead protagonist, Kangana Ranaut going on a solo trip defying social norms and beginning her journey to self-discovery. There have been other good movies in the past too which have tried to give a strong message on the essence of empowerment, though not being women-centric films; such as the role of Priti Sabharwal of Chak de India who refused to give up her career for a celebrity husband or Gita of Swades who gave up lucrative offers to reform a village.

However, fueled by the rising feminist movements across the globe, there is also another track the media has used to showcase empowered women.  This kind of depiction tries to portray an empowered woman as one who can wear racy outfits, consume alcohol at the drop of a hat and engage in casual sex.

A classic example of it could be the Amazon prime series, Four More Shots Please. This kind of show often ends up making many uncomfortable with the idea of feminism. Depicting western notions of feminism wrapped in their culture serve the purpose of entertainment, but it raises many questions too. Feminism is about equality, freedom and empowerment of women but isn’t it that with freedom comes the responsibility to be progressive, yet stand steadfast around our values? These desperate innuendos do not represent modern and empowered Indian women. If it does, then it’s probably a minority!

What does empowerment genuinely mean for Indian women?

Having said that, what does empowerment genuinely mean in the context of Indian women? Empowerment is defined as a multi-dimensional social process that helps people gain control over their own lives. An economic indicator of women empowerment could be women’s control over income or relative contribution to family support; access to employment and representation in high paying jobs. At the social level, empowerment could mean a lack of discrimination against daughters, commitment to educating daughters and media images of women, in terms of their roles and contributions.

At the Family level, it could mean participation in domestic decision- making, control over sexual relations; ability to make childbearing decisions, control over spouse selection, marriage timing etc. At the personal level, a woman’s psychological well-being, sense of inclusion and acceptance could be a means to see if a woman is content and empowered.

So, we see that empowerment is a far deeper concept. It also tells us that there is a long way to go. Women in India still have to struggle with the inequalities of patriarchal relations in work, in school, in the family and with regard to the state. In families, certain beliefs about the sexual division of labour are developed, and members experience the effects of gender hierarchies in personal ways. For example, even when women work outside the home to support their families, they are still expected to do most of the housework and child-care tasks. Consequently, many women learn to sacrifice their own needs in the interest of their families.

So how do we create actual women’s empowerment, and do we have any examples we can learn from?

Women’s empowerment can be a reality if women become agents of change rather than being mere recipients. Becoming agents of change at the individual level is challenging for women as they are mostly the dependent members of the family, but it becomes easy as a group. So here comes the idea of collective consciousness.

The term collective consciousness has specifically been used by social theorists/psychoanalysts like Durkheim, Althusser, and Jung, and implies an internal knowing or an awareness shared by a plurality of persons. As Durkheim theorizes that in a large assembly of individuals, “we become susceptible to acts and sentiments of which we are incapable when reduced to our own force”. To overcome poverty and social injustice, it is necessary to face real – but sometimes hidden structures of domination and privilege which are maintained by diverse types of power relations. These can be especially difficult to confront individually since in some cases, they involve not only challenging the oppressive exercise of power by public authorities but also by those closest to us and their mindset.

Women empowerment through the power of the collective

An illustration of creating women empowerment through generating collective consciousness can be seen in the phenomenal work done by these three exemplary Indian women.

The first example is of an organization called Sangat-South Asian feminist network. Kamla Bhasin, a renowned Indian feminist, is a founder member and Adviser of Sangat. By creating a network of gender activists and trainers, it is working diligently to dismantle negative patriarchal norms and fight against women oppression.

Over the years Sangat has been actively engaged in working with underprivileged women using posters, plays and other non-literary methods to get through to communities with low literacy rates and successfully trained hundreds of gender activists that are further working towards creating an equitable and just society. Sangat is an excellent example of creating feminist awakening through community action and collaborative efforts.

A second example worth quoting is of Ela Bhatt, the Founder of SEWA. SEWA is both an organization and a movement. The SEWA movement is enhanced by it being a ‘sangam’ or confluence of three movements: the labour movement, the cooperative movement and the women’s movement. It is also a movement of self-employed women workers: their own, home-grown movement with women as the leaders. Being governed by the ideology – ‘We are poor but so many’, SEWA is a real example of how women can uplift each other, realizing their collective strength.

The third example of Ratan Shastri embodies the importance of education for girls as one of the most powerful means of empowering women. A recipient of Padma Shri in 1955, Padma Bhushan in 1975, and Jamnalal Bajaj Award for outstanding contribution in the field of welfare of women and children, Ratan Shastri worked tirelessly for women’s education and nurtured Banasthali Vidyapith. Banasthali University is now a leading national institution empowering woman through education and training. Ratanji could get little formal education owing to her early marriage, but she set a true example of education as the “manifestation of perfection already in human beings”. Her governing ideology – ‘Add one and one, and that becomes eleven and not two’, suggests the idea of collective rising, teamwork and synergy.

The above examples illustrate that when women come together, they are no more one. Similar states, problems and experiences create empathy. When it is coupled with a collective desire and consciousness to do something together and reduce their powerlessness, they are transformed into agents of change instead of being mere recipients.

The coming together and joining of hands by womenfolk could be the key to their growth and empowerment. This could be in varied forms be it a network of support groups of women or the way women leaders at the top nurture the young talented women through proper mentoring. We get to see its subtle manifestation in a few social media-driven online platforms, like this one and many others too.

Such platforms are giving a voice to thousands of women across the country who share their parenting, work-life, social life or family related stories and end up being like a supportive community benefitting from the collective wisdom.

Though feminism is still a very dynamic and expanding concept, the status of women is undergoing a transition struggling to overcome the barriers in the family, society and organizations. The conceptualization of women empowerment with a new perspective of collective consciousness brings out the need to explore into ways through which women can collectively come together, share a platform and pave the way ahead.

Over the past three decades or so, Indian women have proved themselves in diversified professions including those which were considered primarily as a male domain. However, the fight for dignity for and by women is still on, more so in rural areas. As we see an increase in the opportunities for women in everyday life, we can be hopeful of a day where all genders – be it men, women or transgender people, enjoy equal opportunities and respect.

For now, I conclude with the words of Mary Wollstonecraft “I do not wish [women] to have power over men but over themselves”. I think this truly captures the essence of feminism and women empowerment that we need to strive for.

Top image is a scene from the iconic Hindi movie, Mirch Masala 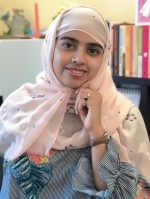