Sindoor Khela may be a tradition supposed to be followed only by married women but what happens when a divorcee decides to change it by breaking tradition?

Sindoor Khela may be a tradition supposed to be followed only by married women but what happens when a divorcee decides to change it by breaking tradition?

Durga Pujo holds a special place in my heart. I can relate my childhood to this auspicious occasion and a number of my good memories are associated to it. There was a time when I bought new clothes, new pair of shoes especially for pujo and went pandal-hopping late at night with my parents. As a kid I used to be very excited about the pujo. I remember accompanying my mother when she went to buy gifts for all our relatives.

I used to take a special interest in sarees and would insist that my ma bought the latest fabric and design. There was a reason behind it. And now at this age, I realise how cruelly the society depicted the patriarchal role in the name of worship.

Sindoor Khela and its importance

As a young girl I was told I would get married off someday to a prince just like Goddess Durga was married to Lord Shiva. The sarees my mother purchased would then be mine. I would need to wear them on these festivals, apply sindoor on my parted hair, wear sankha, pola, nowa (three bangles made from conch shells, coral and iron signifying a Bengali women’s marital status) and pray for a happy married life.

“Mum are you unhappy?” I had asked my mother once on her return from sindoor khela. To those who are unaware sindoor khela is a traditional Bengali custom where women on the last day of the puja, on bijoya dashami, when everyone bids adieu to the Goddess. Women apply sindoor on the feet and also on the hair of the goddess. Then celebrations continue where one woman will playfully smear sindoor on another. Again here the women folk would pray for a happy married life and prosperity of their husbands.

My question had startled my mother, but she explained that this is a ritual all married women follow and one day I would also do the same. Now I had a huge task in front of me, I needed a husband equivalent to Lord Shiva. Not to forget I had to offer prayers asking God for one such man in my life. Sometimes a thought crossed my mind. Does this kind of man even exist? Err… Let me not divert from the discourse. Once I marry, I will be a part of all the rituals and customs that a married lady follows in a Bengali household.

My fate willed otherwise. I had a love marriage with an orthodox Syrian Christian and it was loveless. My in-laws told me not to wear those bangles, apply sindoor and to forget about all the gods and goddesses. To my surprise, my husband came as a messiah. He encouraged me to follow my religion and also the customs. I was happy. My husband was indeed equivalent to Lord Shiva.

It was not long before I realised that this man was actually analogous to Devi Durga’s asura, let alone Lord Shiva. During the first year of my marriage, I happily draped myself in a saree, dressed up like a typical Bengali bride. Then, along with my husband went to attend pujo at the local club. But now religion came in my way. Since I was married to a Christian, I was no longer a Hindu, so the priest advised me to stay away from the rituals and sindoor khela in particular.

Thus, I was stopped in the very first year itself. I was married for eleven years post which I had to divorce my Lord Shiva since he had started resembling that asura. Mind you, all these eleven years I attended the pujo but couldn’t be a part of sindoor khela.

Now that I was divorced, I was a Hindu woman again but with the ‘single’ status. Yet again customs came in my way, and I was prohibited from being a part of sindoor khela since I wasn’t married anymore. I remember watching all the other women play gleefully while I sat in a corner cursing my bad luck.

This scenario continued for several years. I would sulk as others would enjoy themselves. I would still wear a saree but the missing sindoor on my forehead always posed a question to our society on my marital status. “Oh tumi divorced?” (Oh you are divorced?) was all I would hear.

I channeled my inner Ma Durga

Things would have continued in this manner had I not decided to break the stereotype. It was as if I got a new strength from Durga Ma. Last year during pujo, I decided to groom myself like a bride and attend the sindoor khela.

I draped a white saree with a red border (you must have seen it in the movie Kahani), applied vermillion in my parted hair, applied a dazzling red bindi on my forehead. Then I also wore the red white shanka, pola bangles my parents had gifted me during my wedding. They were safely tucked in the locker till I decided to rebel against these age old traditions of only married women having an access to them.

“Abar biye korecho naki?” (Did you remarry?) was the question bewildered ladies in the mandap asked me. Without bothering to reply, I bowed down to the deity, offered my prayers, applied sindoor on Durga Ma’s forehead before smearing the same on my hair. I did not feel the need to go and play with the other women. Women who came with their husbands and prayed for a ‘lived happily ever after’ life.

This year was no different. I chose to adorn myself the way I wished, shrugged off the glances from the curious species and attended pujo.

Let society decide its patriarchal norms, I will bounce back like Durga with all my strength to fight the stigmas and human induced taboos.

So what say folks – to hell with patriarchy and age old customs and let us say it together, “Dugga Mai Ki Jai”. 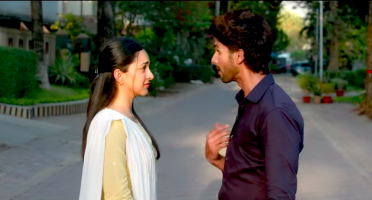 10 Tips On How To Deal With Rude, Obnoxious People.