Life Is Way Deeper Than We Perceive On Surface : Respect Life, Save life!

I come from a very humble background of a typical middle-class family in India.  A few years ago, as a trailing spouse, I moved to Switzerland. Yesterday September 10, it was ‘World Suicide Prevention Day’. It reminded me of an informal talk regarding suicide with my Swiss friends that happened in the fall season of 2017.

In a postcard-like beautiful, scenic country like Switzerland,  its beauty is at its peak in the fall season. The season is changing, the air is crisp and cool, trees are changing colors, leaves have started falling. Markets have started decorating months ago anticipating the arrival of the big festival of the year Christmas. As my husband research for firefighters, so I was telling my friends how Governments ask first-responders like firefighters to take care of their own protection first before responding to save the lives of others.

And, the discussion carried on and reach a point where my Swiss friend who works for the Swiss railways shared how Swiss rail police treat the suicide cases.

And, he also told that such suicidal attempts and deaths increase during Christmas. And, it made me think that Switzerland is considered heaven on earth, the Swiss governmental policies are so public-friendly, the unemployment rate is so low, such a beautiful, clean and green country. How a person can think of taking his/her life??? This small revelation from my friend deeply touched me, Suicide in Switzerland!!! I was wondering during Christmas everything looks exceptionally beautiful and everyone looks happy, shopping for near and dear ones, but I never ever realised the other side of our reality.

And, with such a small curiosity, I further explored the idea and came to know Switzerland is not alone, suicide is such a big problem on the global scale.

Depression is considered one of the primary reason for suicide, it takes people to the point that they think it is normal to play with their lives. That is the reason that unthinkable games like ‘Blue Whale’ are thriving, such games are the latest trend on Facebook and Twitter and making the headlines on major national-international newspapers. People not only play games like Blue Whale but also take it so seriously that they don’t even hesitate to commit suicide. It really makes me concerned that where are we heading towards. Have we totally lost our mind???

Human life has been considered the most precious in many spiritual and religious texts. Human is considered the most intelligent, but now I wonder, really…..In the wave of a scientific renaissance in the 18-19th century followed with the industrial and technological revolution, people were in the impression that they are creating happiness and progress. But as time has progressed, its negative effects are being revealed. We have progressed for sure and are in the impression that we have conquered the world but at what cost. People have become so mechanical that emotions have taken the back seat or I may say that emotions are at the verge of extinction. That I can not assume for sure, emotions are there, but they are being negatively manifested. That is the reason so many threats and wars are happening around us.

We seriously need to pause for a while and reflect. We need to adopt a life philosophy of peace and meditation. We need to practice our respective religions from the aspects that emphasize on wisdom and compassion. The present societal situations make me redetermine to practice my religion with gratitude towards others as well as compassion. People feel left out, unwanted, emotionally and spiritually empty, sometimes religiously misguided in this fast-paced society, they feel like being treated as a machine with no emotions. This lack of compassion for our fellow members, family, friends, and surroundings, most importantly for ourselves has led us to the verge that so many suicides are happening. Latest statistics by the World Health Organisation and other surveys suggest that many people die because of suicide than war and accidents.

This is an alarming time to reflect and think consciously and reconsider the soft qualities like compassion, emotions. I seriously wonder that so many scientist and technologists are focusing their efforts and time to bring emotions in the robots, this is the irony of our times. 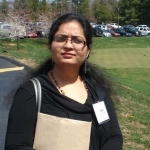 My name is Indu. I am a computer engineer by profession and qualification. I am