A 'sense of shame' stops women from speaking up against the crimes of their near ones, but should it be the case? Should we take refuge behind the 'comfort of silence'?

A ‘sense of shame’ stops women from speaking up against the crimes of their near ones, but should it be the case? Should we take refuge behind the ‘comfort of silence’?

As an aspiring writer, I have often come across advice on what to write about. One of the most common ones through other famous writers’ works has been to write what you know closely. It is then not a surprise that many authors have written in fiction or otherwise about their childhoods, and intentionally or unintentionally made much of their work autobiographical.

I have experienced this myself. When I have written poems in anger or with an intense sense of injustice, it has come from a place very close to home. Even while attempting to write a novel, after writing mere paragraphs it became clear to me that this was quite autobiographical. And, I stopped.

A sense of ‘shame’ that stops women

What made me stop? That little word called shame; the teaching of not washing your dirty laundry in public, and the biggest of them all – “what will my parents say?” Because, when we think and speak about gender, power, and injustice, some of our closest experiences of them come from within our families.

When I think about the inevitable reveal of the crimes committed against the above mentioned parties to my family – the doom of shame magnifies, and actually stops me from writing.

The embarrassment from being outed, and a denial about said crimes committed will no doubt come from the men in the family, but what will accompany it will be the definitive disgrace of the women, the victims in this case, of now living with the knowledge that their peers and community know of their shame. I even imagine being (at least emotionally) disowned, in my ‘nightmare of writing hard and clear about what hurts’, as Hemingway says.

The expected reaction to this from my family would be that “I had never loved them, and have used them as a topic of discussion.” Disgrace, shame, honour (or the lack of it), are the primary words that come to mind while imagining said conversations.

I must admit that the shame is not theirs alone. I, too feel the unease about telling all to relatives, and family friends who will use this incident to harass and shame me and my family.

But, where does that leave us?

The comfort of silence

Author China Galland says in her book The Bond Between Women, “It wasn’t until I went to Argentina, until I was able to see and hear first-hand how corrosive silence is, how it engenders complicity, that I began seriously to consider including more of my own experience in these pages. The intrepid Brazilian Catholic theologian of liberation Ivone Gebara – despite being silenced by the Vatican – wrote to me during her exile in Belgium about the story of Susanna in the Old Testament. Gebara says that women have to resist silence, that women have to speak up, to cry out like Susanna, who spoke against the elders even though she knew she would not be believed, and that it could cost her her life.

In the end, I resisted the comfort of silence.”

When I read China Galland’s words about resisting the comfort of silence, I felt provoked. Provoked by what needs to be said for the world to hear and know about injustice everywhere. In your home and mine. And, also to acknowledge that calling out injustice and wrongdoing does not equate to a lack or loss of love.

If I don’t tell my stories of injustice, who will?

But, it is to say that I will stand up for what’s right, and if that incriminates you, it is because a change is needed. Not because it is a choice between loving or hating another person, least of all your family.

Letting go of that comfort of silence means paving a way for my daughters, whether born from me or not, to know our history, our experiences, and know that they don’t have to continue the cycle of silent suffering.

My mother’s wounds are alive, they are real, and present. My grandmother’s scars are marked in my memory, but in her absence they fade in and out of consciousness. My own injuries are listless, bracing for more. If I think about it now, the comfort of silence is no comfort at all. If I don’t tell these stories, who will?

To come back to the excerpt from China Galland’s book, she mentions two examples which inspired her to resist silence. One of Ivone Gebara, a Catholic nun and liberation theologian who was punished through an exile of 2 years for re-education by the Vatican after she publicly expressed that a woman who is not emotionally or psychologically prepared to bear a child must have a right to end her pregnancy. And, Susanna from the Old Testament who stood up to the men who used their position of power as ‘Elders’ to blackmail her to have sex with them or risk execution for a made up story of her having a lover outside of marriage.

Breaking our silence comes with many heavy and grievous costs to the self. Ones which we have to navigate and manage based on where we stand in life. When to tell, and when not to. But, tell we must. Or the cycle goes on. 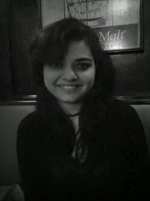 If Only My Mother Had Money And A Room Of Her Own... (Thank You, Virginia Woolf!) 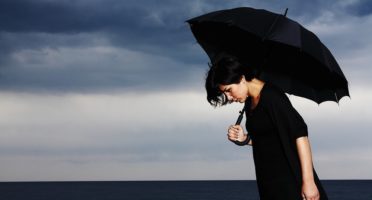 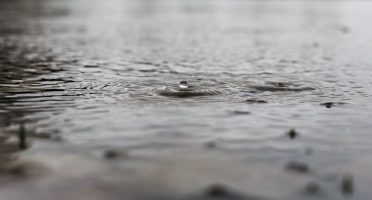 When December Comes, She Will Go Home