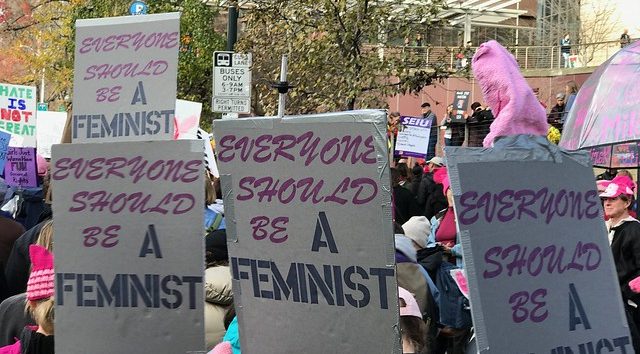 Mocked! Questioned! Controlled! Can We Let Empowered Women Be?

Think of empowered women and you will always see that they have been mocked and controlled at some point of time. Even today, how close are we to empowerment?

Yes, it is all these and more that we women are subjected to when the issue of women empowerment or feminism is raised.

The other half has always seen women as somebody to be questioned when asking for our rights. We are mocked when supporting equal opportunities. And if we persist, we are, ultimately, given a controlled freedom.

Ask any liberal woman and she will 100% agree that she has to prove her worth, more than an average man in the same profession.

Why do men (fathers, brother or husbands) still decide whether women are ALLOWED or not to have a career, to go out, plan a baby or to dress up as they like?

Why do we need empowered women?

Isn’t this a reason in itself to be asking for women empowerment? Why is sari or suit the only formal dress for women?

Thanks to the decades of struggle, women are empowered, at least in cities. However, the overexerted overburdened women are subjected to higher expectations of performance. The suppressed marginalised women under the authority of men are made to bear lewd gender biased jokes.

Try going back to your school days

This is nothing but men exerting control through mockery. There is no gender bias and women are empowered, you say? Try looking back at school and remember the girl boy ratio in your class. Did you have an equal number of girls and boys? This is so, because girls are not given equal rights to be born either.

Every year, after the CBSE results, the girls outperform boys. And yet, we don’t have equal number of boys and girls in colleges or at a work force. This is because there are parents and in-laws deciding that girls’ job and career is not as important as that of boys.

The manifestation of the patriarchal society

Examples and anecdotes are innumerable. As was seen in the Nirbhaya case and several cases of acid attacks that the acts were not merely physical. They were an extreme manifestation of mockery and control against women, for denying to bow down to the wishes of patriarchal men.

There are women who are empowered. However, they are expected to work par excellence at work. Either that or they are judged for not paying attention at home and at their children.

How can we have empowered women?

Let us change our boys so we have sensitised and sensitive men. Why not buy kitchen sets for boys and shot puts for girls? And teach our Indian boys, not only to respect their sisters and mothers but to respect all women. Or else we will have a society where they will hate each other instead of complementing.

A school teacher, not the fancy educationist, because being a teacher should be enough to

Please Don’t Tell Me What My Feminism Should Look Like