Kashish from Kahiin Toh Hoga may have been called several names, but she was inherently a good human. Here are seven lessons you can learn from her! 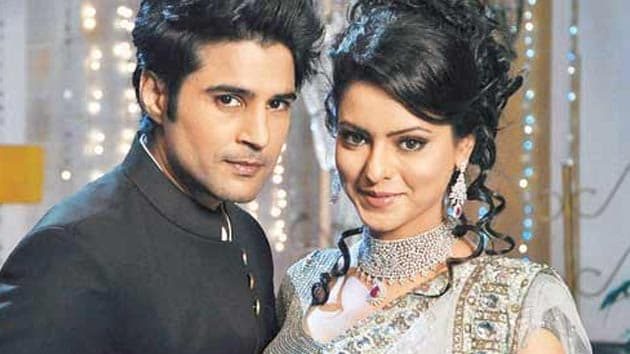 Kashish from Kahiin Toh Hoga may have been called several names, but she was one bold woman. Here are seven lessons you can learn from her!

Yes, Aamna Sharif stole everyone’s hearts with her biggest soap opera hit, Kahiin to Hoga. It wasn’t just her looks, her acting, the chemistry she had with Rajeev Khandelwal or the storyline that made the show such a hit.

In fact, it was the characters designed for the soap opera, especially the female protagonist which made the show a success.

Kashish Sinha has several good qualities to her, all of which I think we can all benefit from.

1. Kashish didn’t hesitate while fighting for herself

Kashish was accused of being a gold digger, a characterless, adulterous woman, a vengeful cheat and a selfish woman several times throughout the 700 odd episodes. 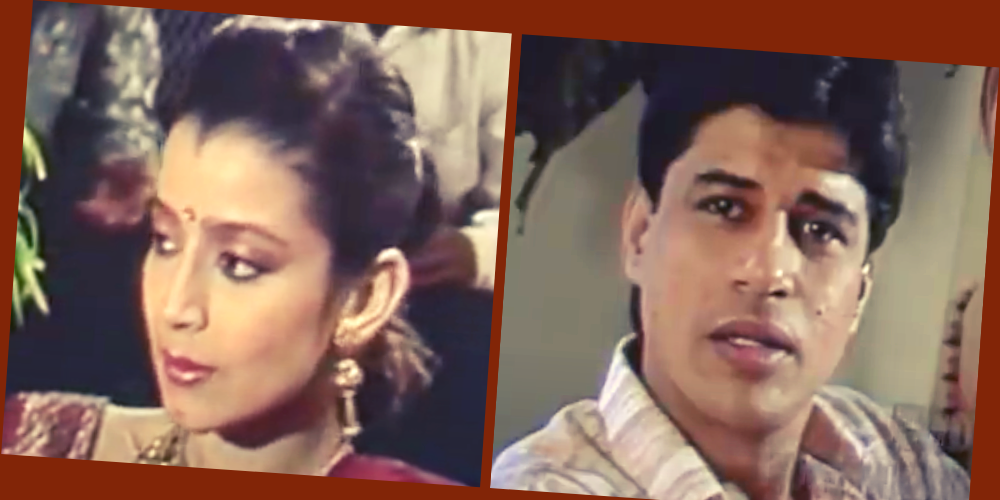 This doesn’t deter her from achieving her goal. Not once did she cave in under pressure. She defended herself, got hurt by the accusations made against her, especially by her family.

But she did not mull or cry over it for too long. She moved on and tackled the next big tsunami coming her way, riding the biggest waves like a pro surfer.

Irrespective of who made accusations against her, she stood tall, squared her shoulders and did what she had to do. Whether it was work or her investigation to uncover the truth, she put on boxing gloves and dealt with all the blows and gossip.

She was scorned, yelled at, slapped and manhandled. In spite of all that, nothing broke her resolve.

2. She is the lioness of her family

When it came to protecting her family, as the eldest sister, she adopted the role of the mother and took care of the family. She was both the matriarch and the patriarch wanting the best for her sisters.

Kashish protected her sisters from evil men like Rishi Garewal, who impregnated her sister, out of wedlock. And wanted to do the same to their other sister.

She takes care of her father’s health, makes time for work and treats her sisters’ children like her own. Whether it is planning a wedding, helping her sister find jobs, clearing her father’s name of a false crime, Kashish has done it all. All the while scaring her enemies.

She has protected her own families and her in-laws the same way, without differentiating between them. And will take a bullet for her mother-in-law, as well as her sister.

3. Kashish is a dangerous adversary

Kashish is smart, sexy, well-dressed and quick to grasp the situation. She always comprehends her enemy’s next move, and tries to trap them. Add to that the fact that she is a threat and an iron wall to anyone who wants to ruin her family, as they have to go through her.

Many have tried to kill her and get rid of her in multiple ways and yet, she emerged unscathed, ready to roar and defend herself. Just like Bruce Lee, she’s a hard opponent to win against. She always has a back-up plan, analyses her enemy and will go any extent to protect her loved ones.

When it comes to signing deals and getting the job done, Kashish follows business ethics, and gives all her male colleagues a run for their money. She knows her shit. Most importantly, she knows to pick her battles and choose her enemies.

Whether its an arch nemesis or business rival, nobody can deny her prowess or street smarts.

4. She will always give you a second chance

Kashish always gives her family a second chance. And is ready to admit her mistake. When she learns that her sister, Mahek is impregnated by Rishi, she curses her out, but forgives her.

She realises that her sister’s naiveté is what landed her in this situation and she has learnt from her mistake. When Mouli, her youngest sister pursues Rishi, Kashish had the confidence that she will learn from her mistake.

She doesn’t hold any grudges, neither does she carry any ill will. Due to her love, Sujal’s mishap, Kashish has a miscarriage. She is initially outraged but later forgives him.

Kashish knows the difference between an inadvertent mistake and a deliberate one. She may not be verbose but knows when to admit her fault. And she always makes up for her mistakes to those whom she has hurt or wronged.

6. Love, to her is a part of life, not everything

For Kashish, love is merely a part of her life, not an unnatural obsession. Love isn’t her first priority. Her life doesn’t revolve around her lover who is extremely possessive, arrogant and constantly keeps an eye on her.

Sujal has stalked her, exacted vendetta on her and has constantly tried to break up her first marriage. At the same time, her love is compassionate, whilst his is obsessive. She sacrificed her love several times for her family’s sake and some times for her own and Sujal’s benefit too.

Kashish’s life revolves around her family and work. She doesn’t want to own or possess her love. And is willing to let him go, quite unlike him who wants her bound to him at all costs.

She is not childish and juvenile and neither does she want to desperately cling to Sujal. At the same time, she doesn’t expect love in return for her feelings. She has dealt with a broken heart a number of times and this has only made her stronger.

7. Kashish takes care of herself

Call me silly for mentioning this, but Kashish pays attention to herself, her looks, her clothing and her style. She can do it all with ease, and does not let anyone coerce her into anything. She’s got confidence, panache, knowledge, talent and guts.

She’s like the Taj Mahal, that can withstand the test of time and retain its beauty despite the changing seasons. In spite of experiencing all sort of traumatic situations, she has learnt to move on and has proved to be someone to fear. 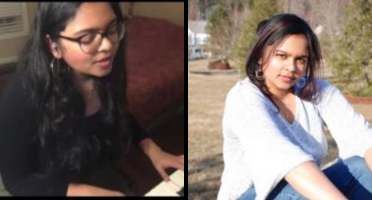 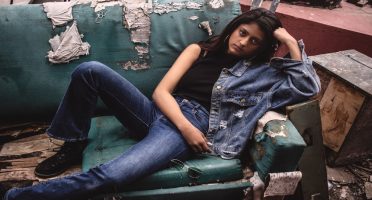 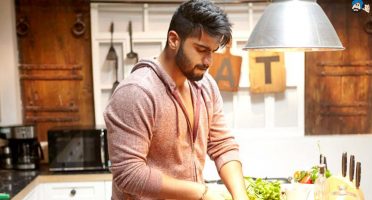 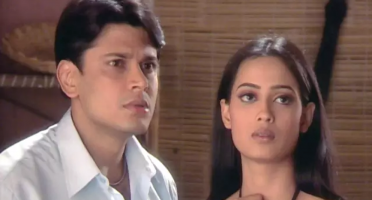 View All
Divorce Rights For Married Women In India - Legal Rights 101 With YourInstaLawyer
No More Guilt: Exploring The Ways In Which You Can Shed Mother's Guilt
Steps To Landing Your First Writing Job - Want To Be A Content Writer?
What Are The Essentials Of Being A Good Content Writer?
Women At VMware - Meet Ipsita, Inside Sales Representative At VMware India
Women of VMware - Meet Afifa Hasan, Enterprise Sales Account Manager for VMware India
Feminist

One of the few good side-effects of the lockdown has been discovering old gems from TV, films, and music. Doordarshan has been releasing many of its famed TV shows on Prasar Bharti Archives. Including classics like Kashish, Trishna, Aarohan, Mitti Ke Rang, and Discovery of India.

Sometimes it is important to put your foot down and live life for yourself, even if as women, we are expected to run our lives around others' wishes! 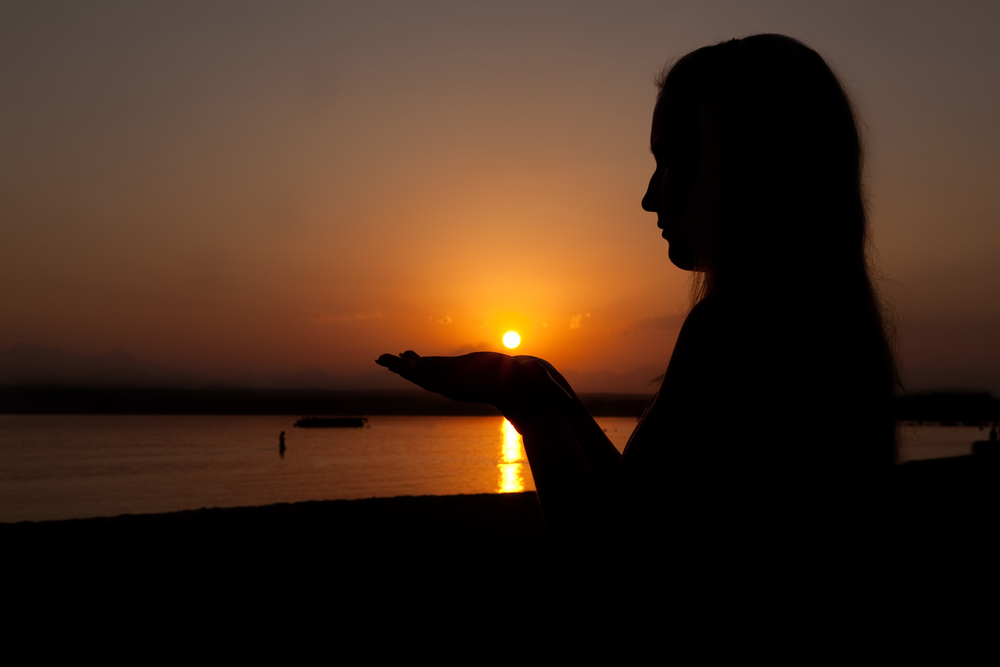 Sometimes it is important to put your foot down and live life for yourself, even if as women, we are expected to run our lives around others’ wishes!

The cup of tea lay cold in her hands, she hardly noticed. Her mind was in turmoil. How she missed him. Wish he was with her today, to share her thoughts, to listen to her and help her resolve the dilemma. She missed her husband, her confidante and friend of the past 30 years.