For Her 70th Birthday, Here Are 10 Quotes By Meryl Streep We Love!

An actor with that enviable chameleon quality, Meryl Streep is also a badass woman who is an inspiration for more than 3 generations. Here are 10 Meryl Streep quotes for you.

An actor with that enviable chameleon quality, Meryl Streep is also a badass woman who is an inspiration for more than 3 generations. Here are 10 Meryl Streep quotes for you.

“What does it take to be the first female anything? It takes grit, and it takes grace.”  –Meryl Streep

Meryl Streep is in my opinion the best actor of her generation, one of those actors who are widely celebrated for her versatility.

Streep has built her career on a remarkable ability to transform herself each time she performs a new role. With 20 Academy Award nominations and three wins to her name, she has also received 30 Golden Globe nominations and eight wins, giving her the most nominations and wins of any actor, ever.

It’s her 70th birthday this weekend, on the 22nd of June, and here are some Meryl Streep quotes to be inspired by.

Do take your pick. 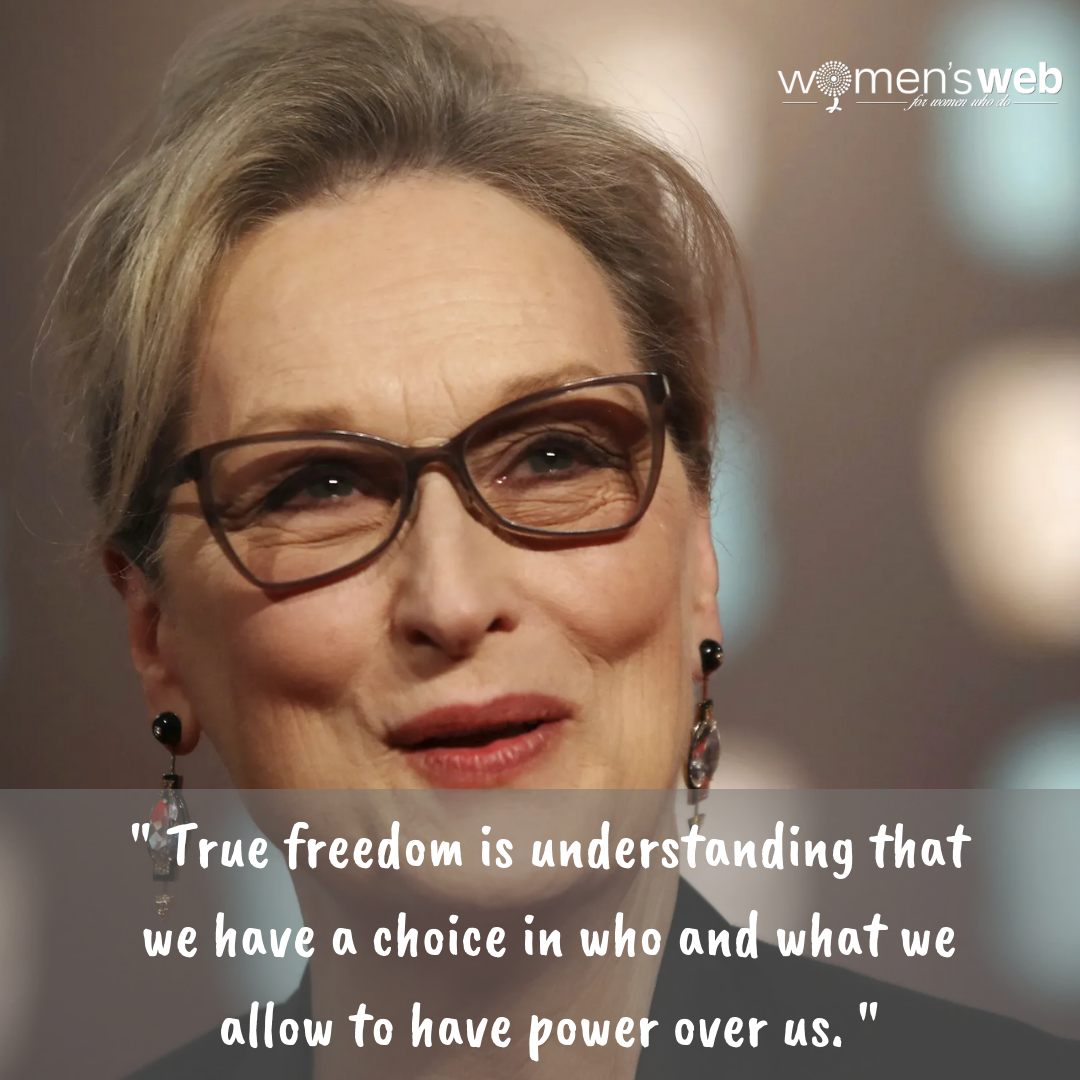 “True freedom is understanding that we have a choice in who and what we allow to have power over us.” “My advice: don’t waste so much time worrying about your skin or your weight. Develop what you do, what you put your hands on in the world.” “The formula of happiness and success is just being actually yourself, in the most vivid possible way you can.” 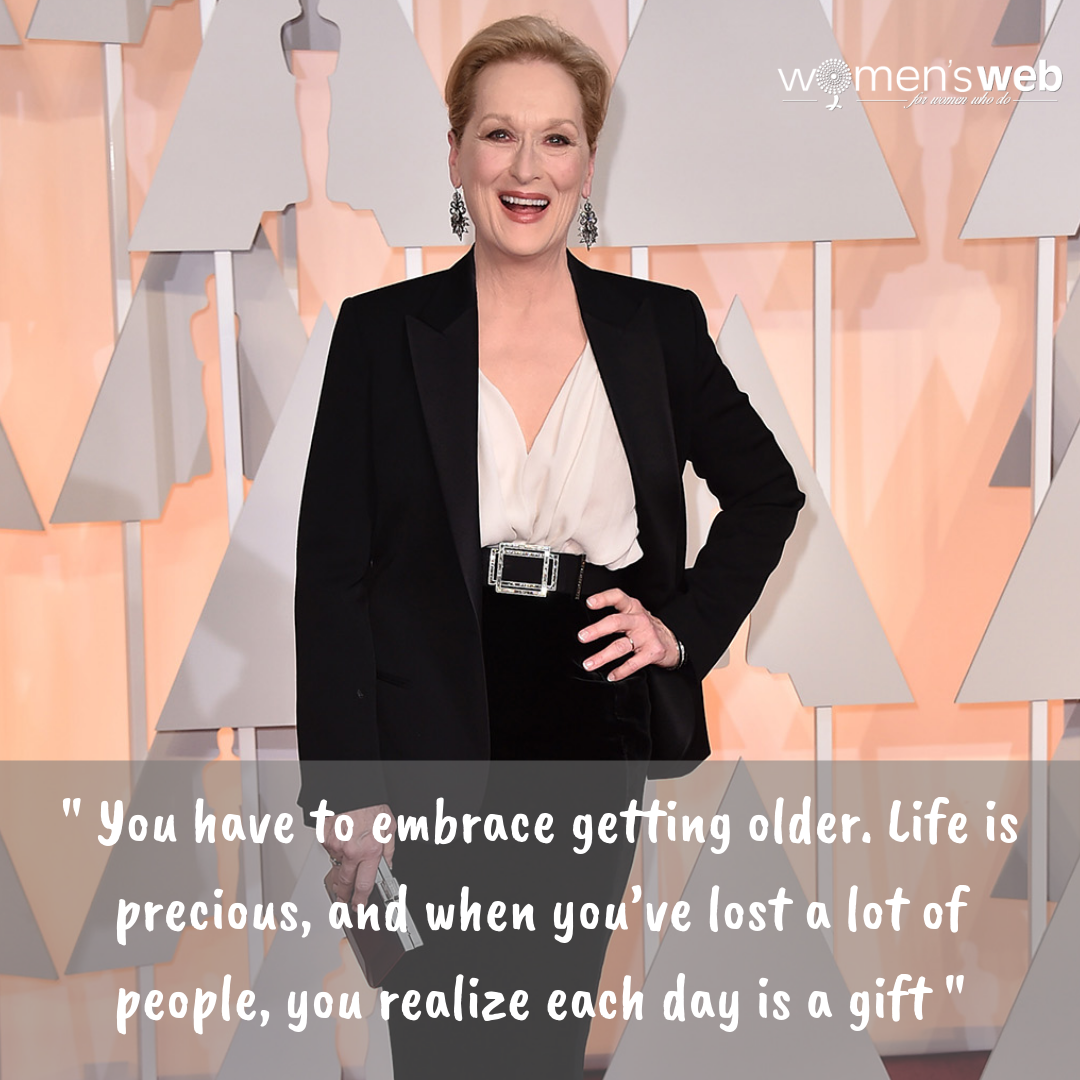 “You have to embrace getting older. Life is precious, and when you’ve lost a lot of people, you realize each day is a gift.” 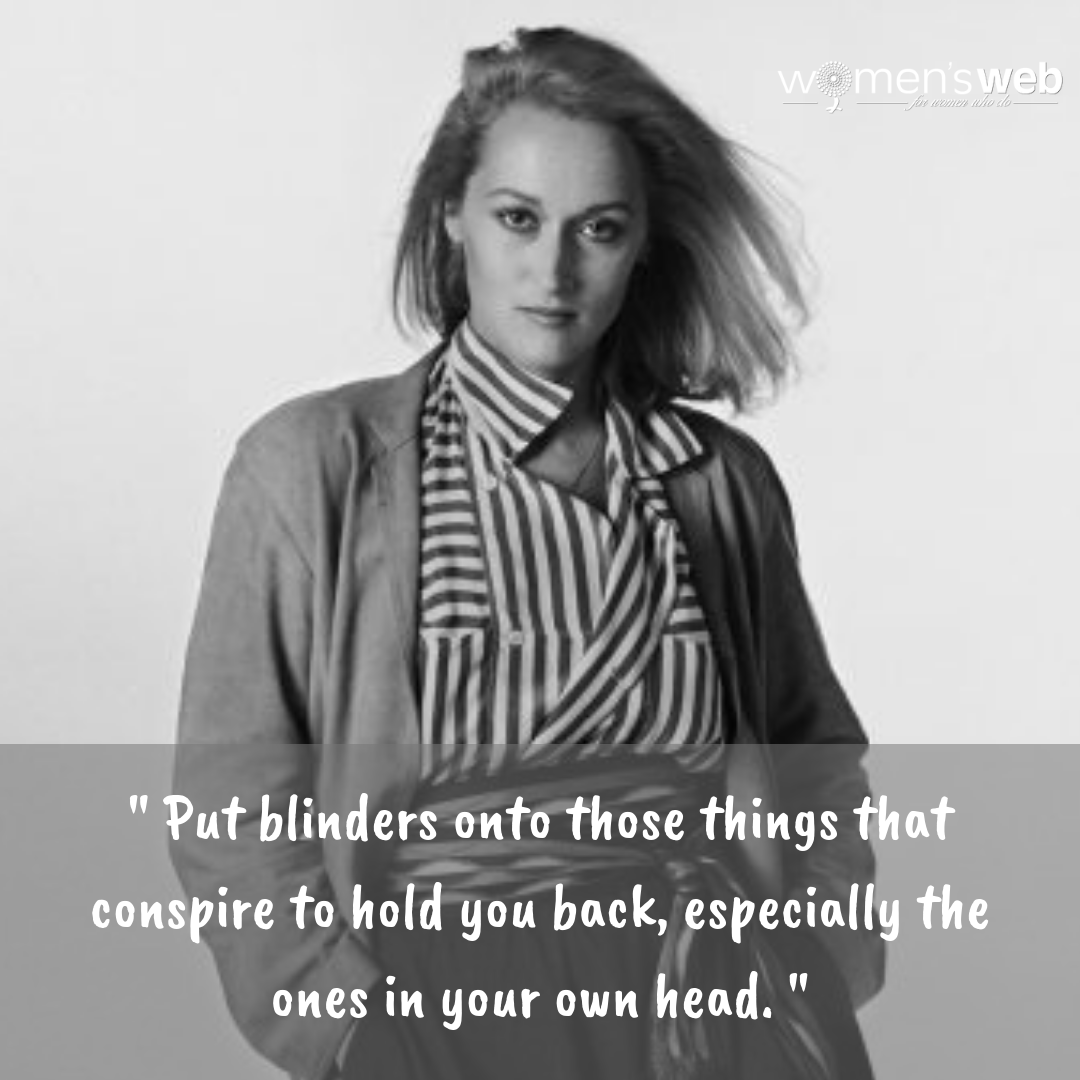 “Put blinders onto those things that conspire to hold you back, especially the ones in your own head.” 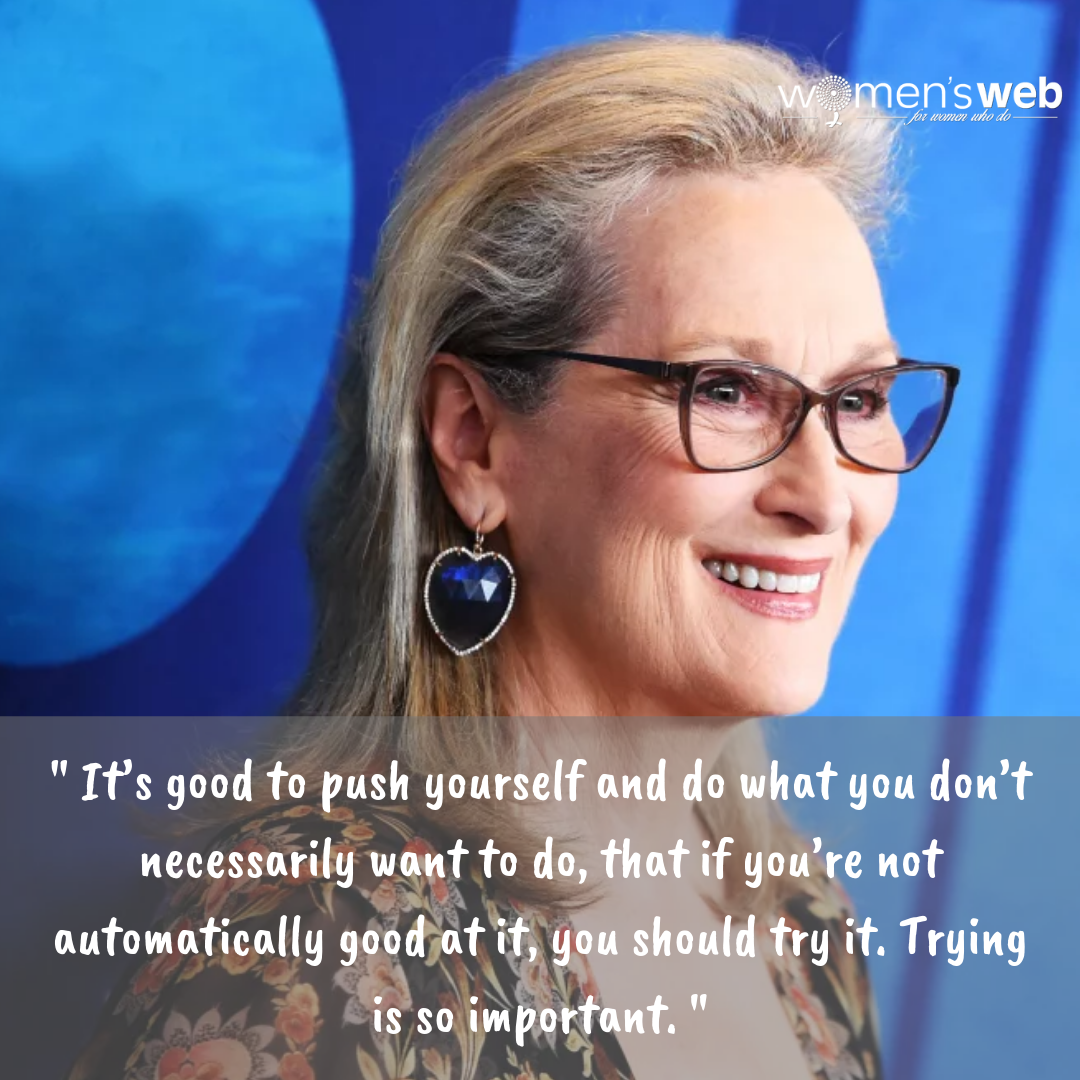 “It’s good to push yourself and do what you don’t necessarily want to do, that if you’re not automatically good at it, you should try it. Trying is so important.” 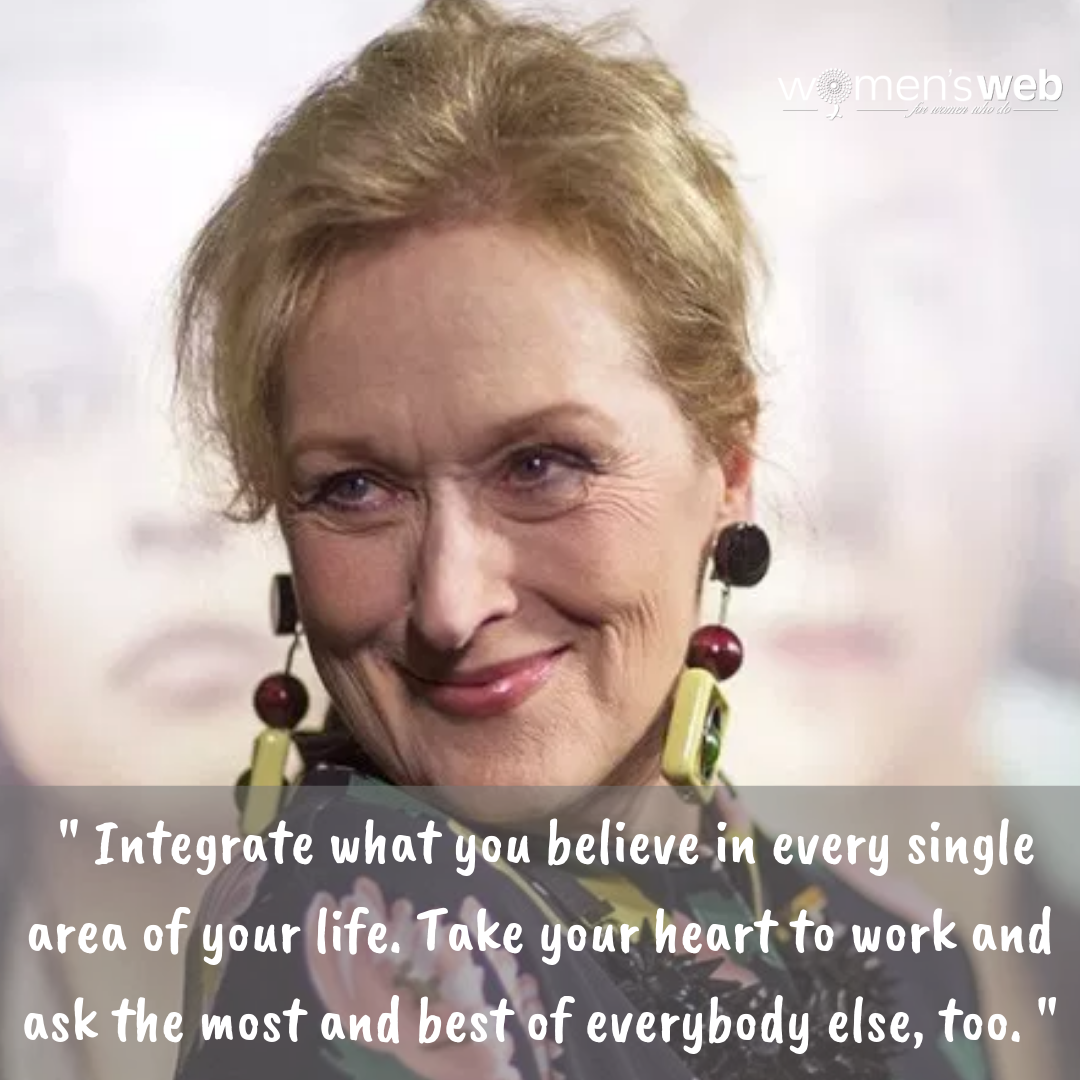 “Integrate what you believe in every single area of your life. Take your heart to work and ask the most and best of everybody else, too.” 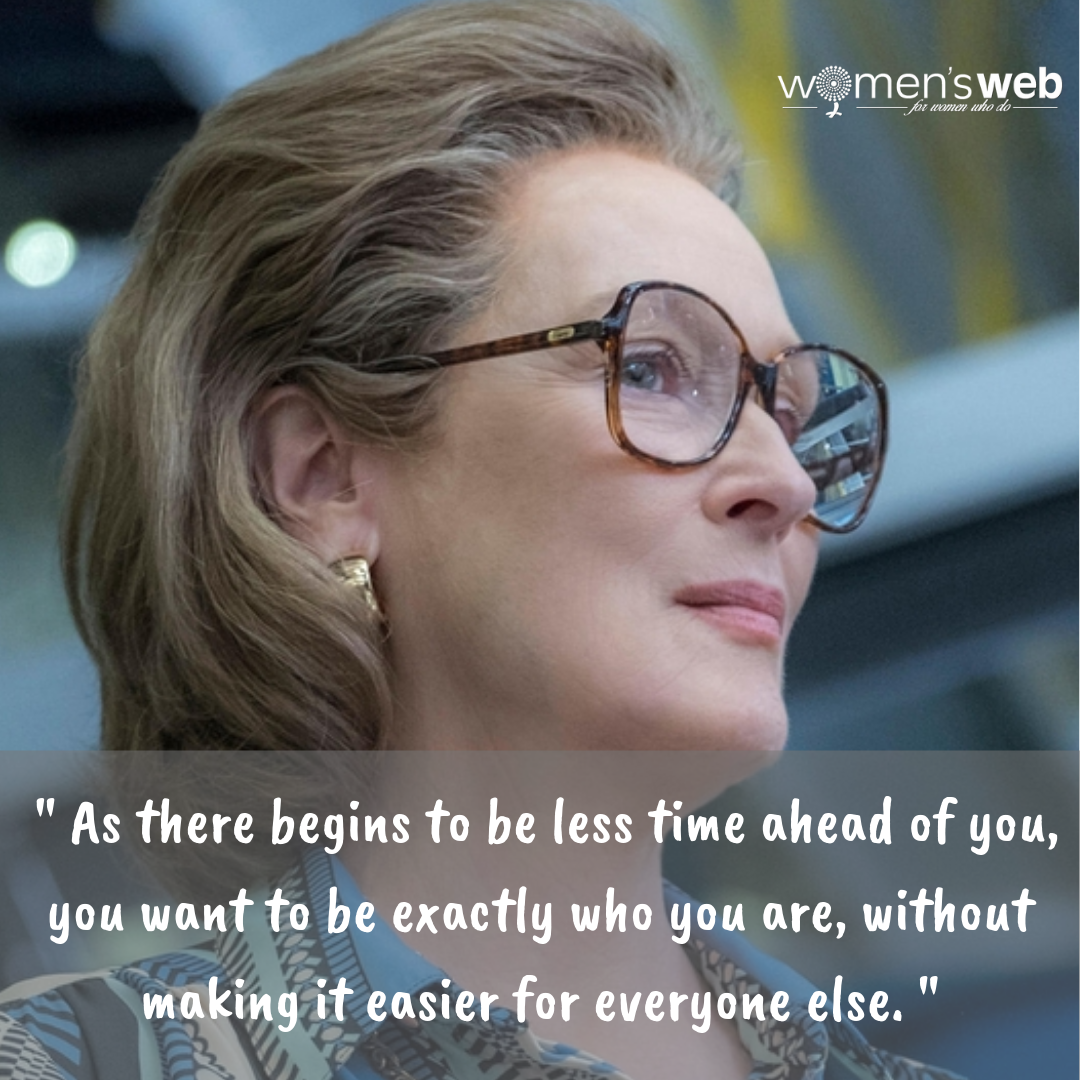 “As there begins to be less time ahead of you, you want to be exactly who you are, without making it easier for everyone else.”