Why Can’t Women Respect Each Other, When We Expect Men To Respect Us

Our fight for our rights and respect won’t be successful until we learn to respect each other...until we acknowledge the importance of each other.

This is a very common phrase that we come across in our day to day life. Everywhere around us, we witness how women demean each other in the worst possible ways.

But if we talk about society and men, why do we forget that society does not constitute just a single gender? The other counterpart of the society are women- who are equally responsible for building the society and in many incidents accountable for humiliating and degrading the virtue of a fellow woman.

We often talk about being demeaned and humiliated by men, and of course, there is no justification about that type of behaviour, but at the same time, as females, we can’t respect each other! What an IRONY!

Over the years while growing up, I realized that a female is judged on the basis of everything she does. Be it her clothing style or the way she talks or the person she befriends. No matter what we do, we all will be judged by society. No matter how many times we try to justify our actions, the society will only believe what they have labelled us for, regardless of the fact that they are actually demeaning us in the worst way possible.

But what is equally horrid is the part of the society where females actively participate in demeaning other women.

This phrase may sound funny and full of mirth, but as humorous and witty this phrase is, it is also sexist and true. Because deny as we might, but neither the truth of the phrase is going to alter nor the impact it has, will delude.

Now this phrase is apt and well acquainted with gossip girls and aunties alike. We all are well aware of it, aren’t we? If not, then let me explain who these ladies are. They are a bunch of females who have the notion that they can somehow change the way a person is, by demeaning them. Basically, they are bullies. And most of the time, their common victims are young unassuming girls and women.

They are the people who will judge you on the basis of what you wear- it doesn’t matter to them that you are wearing a salwar kameez or a dress, they will still find fault in you. Or who you befriend- especially if you have a boy or a man as a very good friend, no matter what the truth is, your association with that person will easily be labelled as a romantic relationship.  And if by any chance you are coming home late at night, you will be very conveniently labelled as “Achi ladki nahi hai”. Stereotypical ain’t it?

And let’s not get started with their thoughts of a beautiful girl. If you are somehow dark or dusky and overweight or obese, they will become your self-appointed doctors and beauticians. That too with free advice, that nobody ever asks from them. And later will self proclaim themselves as PR managers for you. The only difference is, that most of the PR companies tend to maintain your reputation. But these ladies will gossip about your weight, colour, height, and everything that is needed to mar your reputation.

So no matter what you are, who you are or how you are, they are obviously obsessed with you! Instead of appreciating you as a person, they will find faults in you. They will be just like mithi churi , but will never ever appreciate you any shape or form.

Now I know that is not a word, but it aptly describes the women I will be describing.

These people are not the only people who top the list of demeaning women while residing in the same community. We also have women, who blame a woman’s attitude and clothing when it comes to sexual assault cases, who thinks that if anything ever goes wrong with a girl, it must be her fault. Be it marital rapes, or sexual harassment or rapes. These are not really gossip mongers. But they are people who have male patriarchy instilled in their minds like a movie, and they are not willing to see beyond that film. And no matter what fact you tell them, they will believe the beliefs of the male world.

Social media is a very good platform where we can easily visualize the extent of hatred women have towards other women. Be it the way a female celebrity dresses or the way the woman is opinionated, the ugly vindictiveness of the whole situation doesn’t alter the fact that even women are not backing away in putting other women down.

And it makes me so cringy and angry that instead of obviously condemning the behaviour of a man, they actually act as their personal advocates. They try to justify the actions of boys because they somehow have this illogical idea that just because a woman is out at night, she is somehow accountable for being sexually harassed.

The Provokers And The Gold Diggers

Now the third category in the long list of demeaning women is those of gold-diggers and provokers. They are basically ‘women’, who think that it’s okay to hit, burn or verbally abuse a woman or provoke someone in doing so for their own selfish motives.

We have all seen and heard many cases, where a young bride commits suicide due to dowry cases. Or they are beaten and gang-raped by their own family members because of the same issue. Well when such cases happen, most of the times, women provoke such acts and behave as gold diggers. Because of course for them, another woman is nothing but a money-making machine.

And that is absolutely despicable!

‘What a bitch!’…Why? Because she is looking prettier or has put her points more accurately than yours.

‘Oh.. she is dating another guy today, what a WHORE!’…Why? Because she was seen with some other guy.

‘Have you seen her dress? It’s too short. She is flaunting her legs and enticing men’…Why? Because she chose to wear something that she wants.

‘Woh drink karti hai, bevadi hai woh‘…’ Why? Because she is drinking alcohol, just like boys.

You might not believe it, but the above four statements are, in many cases,  given by WOMEN, in regard to another. Shameful isn’t it?

Now, my question is, in the era where we talk about women-empowerment and feminism, why don’t we see this glitch of hatred and vindictiveness that prevails in the womenfolk? Why don’t we acknowledge this humongous problem in our own gender, where women are constantly bickering, bitching and spreading callous remarks against each other?

Is femininity just became entitled to these words. Where are the values that have always bounded femininity together?

Where is the support for each other, that we always advertise to the world? Because honestly, this has become more and more toxic. The very fact that women are out against each other, demean each other, harass each other, is the very evidence, of how we as females are hypocritical when it comes to giving respect.

We expect from every damn male to respect us. We demand it, we shout for it, So why the hell do we forget that we as women are not respecting each other? That we are equally demeaning and degrading each other.

Not everything is about society. When we are fighting for our rights, demanding justice for all the wrongs against us, then why are we allowing, the hypocritical and diabolical thinking and societal norms to intervene in our growth?

Why instead of supporting each others’ thinking, we are shushing each other, to keep our opinions to ourselves? Why when we are at one side condemning rape and sexual harassment? Why are we calling each other all sort of names?

Why is it so hard for us to do our own business, instead of gossiping about the virtue and character of one another?

And why are we so hell bent on materialistic things, that we are ready to go to any length to achieve them?

These are some of the few questions that we need to ponder upon.

Now it’s our choice, what we want in our life. Which side do we want to choose?

A side where we all are dazzled by societal norms or a side where our support each other? 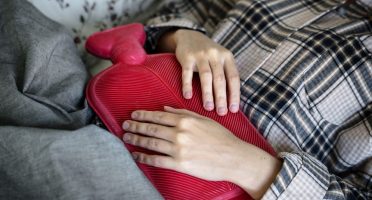 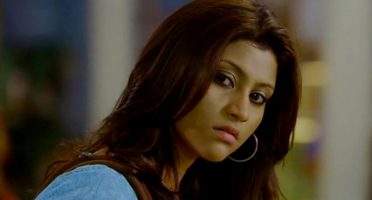 I Was Told "Gore Ladkiyon Ko Hi Achche Ladke Milte Hai" Like, WHAT?! 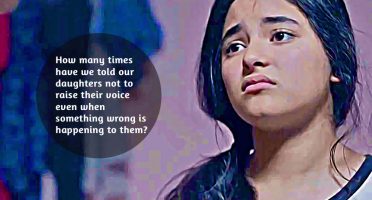 Are We Teaching Our Daughters To Become 'Ladies' Instead Of Strong Women Who Speak Up?