What Women Want Is Not Unusual, But The 7 Things Here Will Surprise You!

Women want just the same things from others that men want, but none of these are considered hers by default, as a right for being a human being.

Women want just the same things from others that men want, but none of these are considered hers by default, as a right for being a human being.

The first and very important need of a woman is in-house respect which is missing in our misogynistic society (not to confuse it with love).

Sad but true. Whatever role you may be playing, respect is mostly compromised within the four walls of the house. It is true without much exception in all relationships between men and women. Wherever they are given respect, it is not by default, but by virtue of the power and position which they are at in the family.

Working women…yes they have managed to earn some respect from the outside world, but have long way to go; the good part is that it is increasing day by day.

Women want to be trusted, in the home, and otherwise too. The fact that she is being trusted not only inhances her confidence, but insulates her from any vulnerable situation outside.

A space of their own

Their own space, which is not in a capacity of any relationship, but as a woman. Our homes by default do not have any space only for a woman (not to be confused with physical space).

I strongly feel that the existence of love is fake without the 3 things mentioned above. How can you love a woman without giving her respect, unconditional trust, and her own space? And if you still feel that you love someone without the above 3, then either you are manipulating their feelings, or just taking care of your own insecurities and weaknesses under the shelter of a relationship called ‘love’.

This should fly in the face of our male dominated society. From childhood women are trained, developed, and brought up with a caution of, “Ok I’ll check with my father, brother or husband.”

I have seen many relationships or actually almost all relationships controlled solely by men in this category. Either you have to surrender yourself, or if you are not getting it you have to keep quiet. We’re such a hypocritical society! When it is initiated by a man it is acceptable, but not by a woman?

There’s also the matter of consent. Our no should be accepted, and yes should be dealt with same care as it is being dealt for men.

Further we want equal opportunities both in personal life and at the workplace, with same wages as of men for the same work. Show business is a perfect example of this imbalance. It is highly disheartening that we are still struggling to get what we deserve for, rightfully.

Honestly I’m not very optimistic about any miraculous change in the mindset of our misogynistic society, however it is important to let society know that we have started to understand what we want, and voicing it. The 1st step towards resolution is taken care of with this,…and rest will hopefully fall in place definitely, sooner or later.

A writer by passion read more... 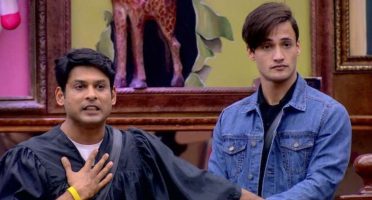 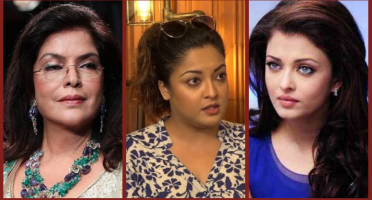 It Isn't So Simple To 'Slap The Molester' Or 'Speak Up Immediately', As Is Expected Of Women