"Being in the middle offered yet another unique perspective. If she left the bathroom door open, she could listen in on conversations from both houses above and below. Not that she did so on purpose".

“Being in the middle offered yet another unique perspective. If she left the bathroom door open, she could listen in on conversations from both houses above and below. Not that she did so on purpose.”

“When birds get up in the morning, they always say good-day. Tweet-tweet, tweet-tweet, that is what they say.”

Niharika obediently repeated the words, twiddling her fingers along with her ‘tweets’ together with the twenty or so other parents. Her one year old daughter Mira sat quietly on her lap, looking around keenly and generally happy with the song choices of the library’s toddler music hour.

As the song wound down, and the librarian started thanking parents for joining in. Niharika rose to her feet, hoisting her daughter on her hip. She smiled politely at some of the other parents, wondering if she should make more of an effort to start a conversation with some of the other moms. Just as she had mustered up enough nerve to admire the baby to her right, his mom waved at someone else and walked away.

Niharika chastised herself for her own hesitancy, her timidity, then shrugged it off. There would always be another time.

She located her stroller and strapped Mira, talking to her softly. “That was fun, wasn’t it? Oh but I’m sure you are hungry now. Let’s go home and have some lunch, shall we?”

Her apartment was on the first floor, sandwiched between two floors in a 3 story building. Which was both good and bad. The good part was that she had only one floor to climb. The bad was that she still had to lug the stroller up one floor, balancing Mira on one side. Still the bottom floor was worse, she reminded herself. At least the bugs and rodents seemed deterred by the single flight of stairs.

Being in the middle offered yet another unique perspective. If she left the bathroom door open, she could listen in on conversations from both houses above and below. Not that she did so on purpose.

If she was the one to gossip though…

At the sound of voices, she looked up. Deepa her upstairs neighbor was at the landing, deep in conversation with someone else. She smiled at Niharika.

“Music hour?” she called out to her.

“Yes”, Niharika confirmed, smiling back. “We missed you and Rohan there.”

“Rohan gets too antsy anyway”, Deepa replied, shaking her head. “You know how he is.”

She then proceeded to introduce her to her other friend. Deepa had a lot of friends. Unlike her, she liked gossiping too, which was a sure shot way to win friends and influence people, Niharika mused.

She shook her head and excused herself to go home. To her surprise her neighbor followed suit.

“She isn’t one for taking a hint”, Deepa complained in a low voice, following Niharika upstairs. “I tried many, many times! Thank God you showed up.”

“Probably expecting her third one, I think”, Deepa continued in a confidential voice. “Her hubby’s working more and more from home nowadays. I see them going for walks in the evenings. Top floor has its advantages. Anyway, always just the two of them”, she added with a chuckle. “What they do with their kids I don’t know…”

Niharika decided it was time to change the subject. “So where is Rohan?” she asked.

“Home with his dad”, Deepa replied. “I got some me-time for a change!”

“You should get Mira’s dad to do the same sometimes”, Deepa suggested a little pointedly. “Spend some time at the hair salon maybe? I mean, when was the last time you had a trim?”

Niharika squirmed as she tried to come up with a flippant response.

But Deepa didn’t give her any chance to respond. She continued, “But your hubby works very late doesn’t he? I always notice him coming well past 8 at night. Hard worker huh? No wonder…” She trails off with a knowing smirk.

Thankfully they had reached her home by then and she let herself in, with an awkward-smiling-mini-wave to Deepa.

Repeating the entire exchange once again, she chastised herself yet again for not standing up for herself. It was harder to shrug it off this time.

She busied herself with making lunch for herself and Mira. Her pressure cooker whistled merrily and Mira chuckled with delight each time. Niharika’s mood began to lift a little.

Since there was still some time as the ‘khichdi’ cooked, she decided to let Mira loose from the stroller and put some music on so the baby would be distracted from her hunger.

They had just begun a little impromptu dance party when the sound of raised voices came through the bathroom door.

‘They are at it again’, she muttered to herself. It seemed as though Deepa’s husband hadn’t been too happy holding the baby as his wife enjoyed some precious me-time.

“You always take me for granted Deepa”, the sound of his ranting floated clearly even over the sounds of music.

Resisting the temptation to listen in, Niharika prudently closed the bathroom door.

‘I’m such a goody two shoes’, she thought to herself.

She and Mira resumed with their dance party and then proceeded to have lunch on the balcony since it was such a nice afternoon.

The sound of something crashing upstairs was a rude reminder that her upstairs neighbors were still at it. Rohan’s plaintive wails had now joined his parents’ fray by now.

Niharika smiled at her reassuringly. “Maybe we should finish up inside?”, she suggested.

Niharika shifted uncomfortably, her smile dropping off her face.

“I’m leaving him at my mom’s for a few days”, her husband shouted back. “He’s been nothing but a pain in the –

Rohan was now screeching in earnest.

The sound of a sudden slap jolted her to her feet. Rohan stopped crying just for a second, before screaming at the top of his lungs.

A door slammed upstairs accompanied with the sound of Deepa’s screaming. “Noo…Rohan! Rohan!!”

Making sure Mira was securely buckled to her high chair, Niharika sprinted to her front door. Deepa’s screams were still echoing in her ears.

She pulled her door open just as Deepa’s husband reached the first floor landing, wild-eyed and looking as distraught as his son whom he had in a football hold.

He stared at Niharika, shaking with leftover rage still apparent in his eyes.

Though every instinct was urging her to go back into her house, Niharika willed herself to stay. She returned his gaze as steadily as she could.

After a second he took a menacing step forward, but she refused to back down. She tried to think of something to say, but words deserted her yet again. So instead she shifted her focus on the baby instead. Rohan was innocent and most at risk with his dad in the state he was.

“He is scared”, she said quietly. “And hungry…”

Something flickered in his eyes.

He shoved the still screaming Rohan into her arms and then without another word bolted down the remaining steps.

Automatically she patted the baby’s back trying to soothe him. She climbed up the steps, discovering that her legs were a little shaky.

The door was still open as she reached upstairs. Deepa was almost incoherent state in her living room.

Niharika debated the best course of action. Finally she crouched down and planted Rohan in Deepa’s lap.

Deepa raised her tear-streaked face to her. “What am I going to do?”, she whispered.

“You need to pull yourself together”, Niharika said in a gentle but firm voice. “He needs you.”

She rose to her feet. “I need to go back. Mira is all alone.” She gave her arm a pat and said. “I’m downstairs if you need anything.”

She stepped outside and closed their door, pausing for a second on the upstairs landing to look down below. The view from here was much better, she thought, unfiltered and all-encompassing.

But she wouldn’t change a thing about being in the middle, she decided, as she entered her own house. 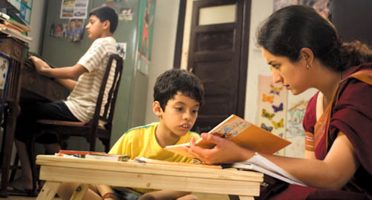 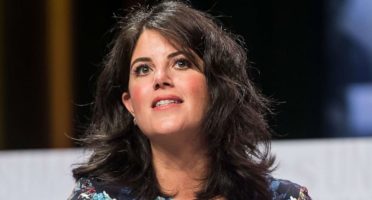 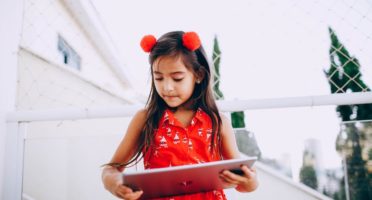 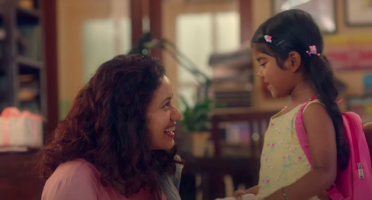 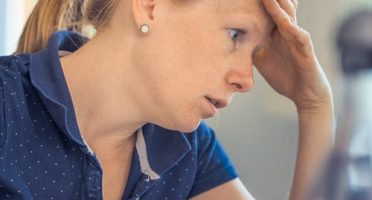